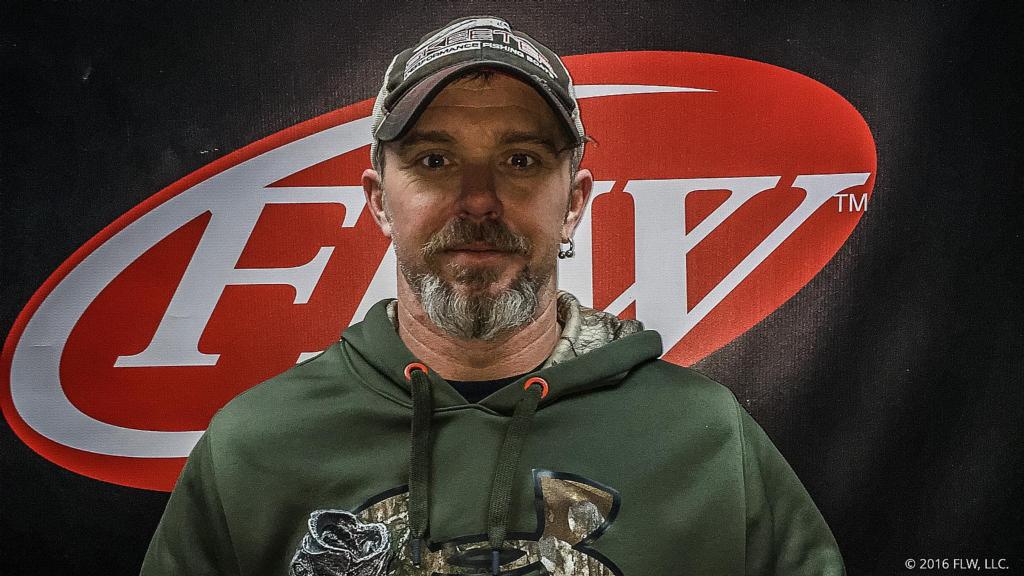 “I started in Cane Creek and got my first bite on a brown Outkast football-head jig with a watermelon-red Zoom Super Chunk Jr. trailer,” said Wheeler, who earned his first career win in FLW competition. “I ran through three areas before moving to a mid-lake hole where I caught another on a Zoom Z Drop Worm rigged on a drop-shot in about 50 feet of water.”

Wheeler said he switched to a Fish Head Spin to catch his third fish out of some rocks that were 25 feet down.

“My first three bites were the only ones I had in those areas, so I had to keep moving,” said Wheeler. “I kept fishing nearby rocks with the Z Drop and caught four or five more to finish my limit. I culled a couple of times and ended up bringing in what I had.”

Wheeler said his total catch for the day included 15 keepers.

“I didn’t catch a lot of fish, but they were the right bites,” said Wheeler. “I mixed up my lures and kept trying something different and it worked out.”

Eubanks caught a 6-pound, 11-ounce bass – the largest of the event – which earned him the day’s Boater Big Bass award of $920.

Brown caught the biggest bass of the tournament in the co-angler division, weighing 4 pounds, 6 ounces, and earned the day’s Co-angler Big Bass award of $460.