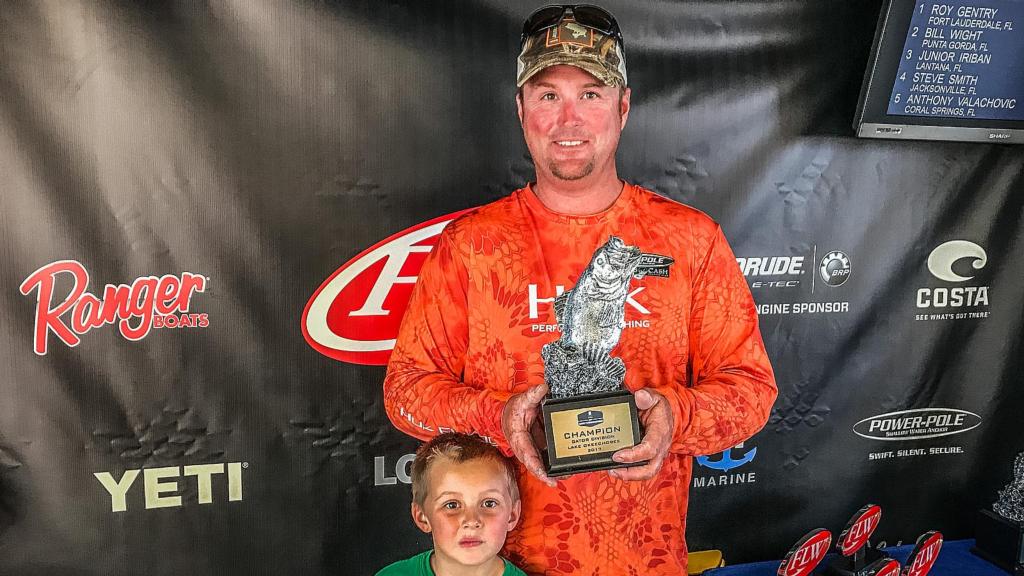 “I saw some bass in practice that were chasing shad, so that told me what I needed to be focusing on for the tournament,” said Honnerlaw, who notched his first career win in BFL competition. “We fished the North Shore, specifically a hole in the grass with a shell bed.”

Honnerlaw said he used a variety of baits during the event, but relied heavily on a 3/8-ounce green-pumpkin-colored ChatterBait to catch his fish.

“I pulled up to the area and on my second cast I caught one,” said Honnerlaw. “I fished the ChatterBait with a slow retrieve. We just came off of a cold front, so they didn’t want to chase anything faster than that.”

Honnerlaw said he caught around 60 bass throughout his day.

“There weren’t a lot of big ones, but I did catch one close to 6 pounds,” said Honnerlaw. “I’m just glad that the bass I found in practice stayed put for more than a day.”

Pellegrini caught an 8-pound, 13-ounce largemouth – the largest of the event – which earned him the day’s Boater Big Bass award of $860.

Gentry also caught the biggest bass of the tournament in the co-angler division, a fish weighing 7 pounds, 11 ounces, and earned the day’s Co-angler Big Bass award of $430.