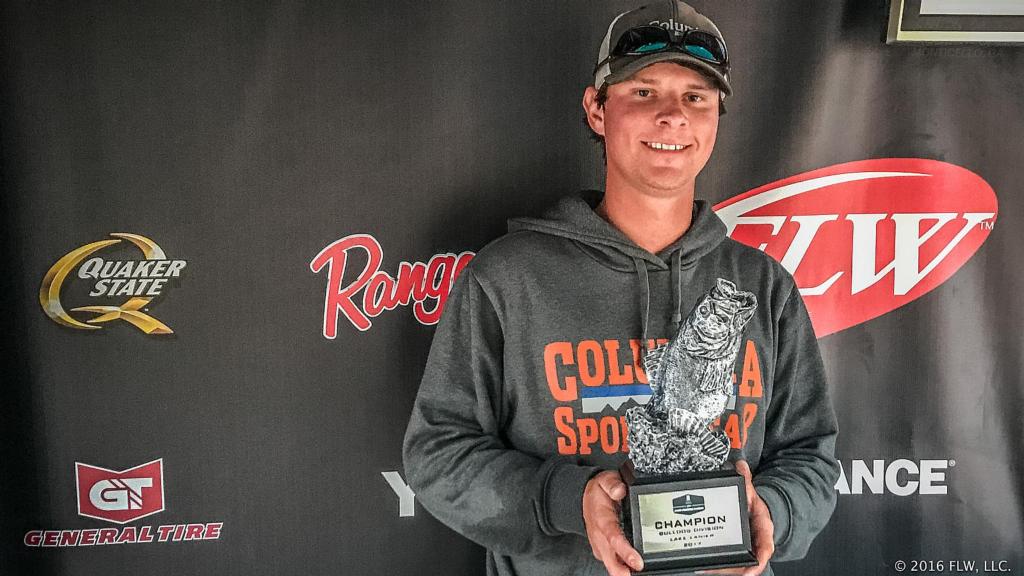 “I’m not extremely familiar with Lanier, but I was fishing up the river,” said Morgan, who earned his first career victory as a boater after three prior wins as a co-angler in BFL competition. “Most of the other anglers were fishing the main-lake and they would fish around the points, but they weren’t fishing in the pockets. I was going to the very back of pockets and catching fish extremely shallow.”

Morgan said that he caught 16 or 17 keepers throughout the day throwing a Special Red Craw-colored Berkley Pit Bull crankbait and a black and blue-colored Z-Man ChatterBait with a black Keitech FAT Swing Impact 4.3 swimbait.

“I was cranking bluff walls up the river and put together a quick 9-pound limit of spotted bass by 9 a.m.,” Morgan said. “Then I went running the back of pockets looking to upgrade with largemouth. I was upgrading by ounces all day long, and ended up weighing in one spot and four largemouth.

“Coming back to the weigh-in I thought that I had a shot to finish in the top-10, but I never expected to win. It was a pleasant surprise.”

Willie McMullen of Oxford, Georgia, caught a 6-pound, 12-ounce bass – the largest of the event – which earned him the day’s Boater Big Bass award of $765.

Davies caught the biggest bass of the tournament in the co-angler division, a fish weighing 6 pounds, 1 ounce, and earned the day’s Co-angler Big Bass award of $382.

The T-H Marine BFL event at Lake Lanier was hosted by the Gainesville Convention & Visitors Bureau.