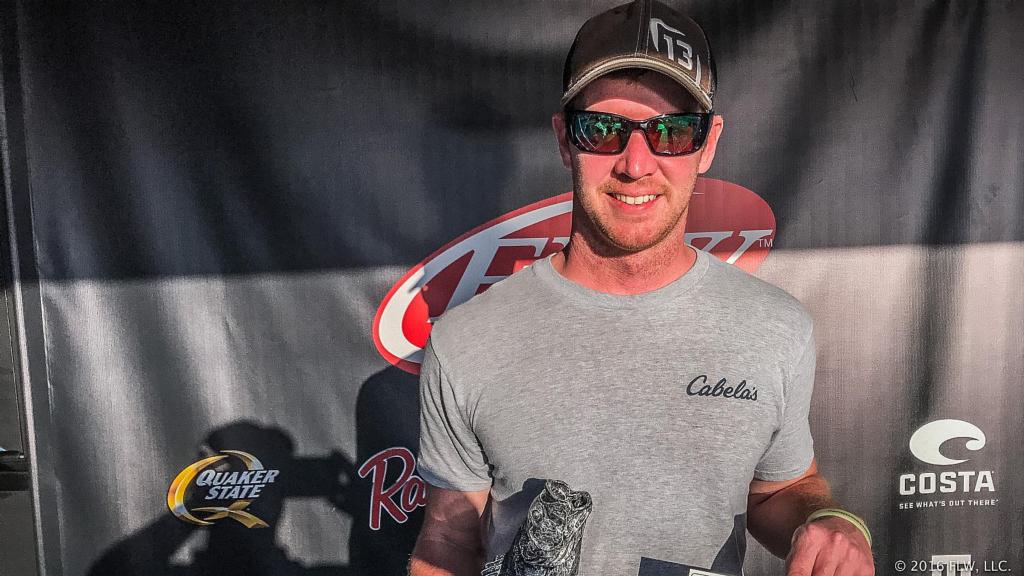 “I was entered in this event as a co-angler, and I decided to switch over and compete as a boater on Friday morning, the day before the event,” said Wood, who had previously fished one season as a co-angler in BFL competition. “I knew that there were more co-anglers on the waiting list, and I had a pretty good practice so I figured I’d take a shot. I still can’t believe I won.”

Wood said that he fished the entire day at just one spot – a dock which had some brush and cover nearby.

“The bass were after baitfish, and the wind was blowing perfectly to pin the bait against the dock and brush,” Wood said. “There were a ton of bass – I must have caught around 20 to 25 keepers.”

“The Red Eye Shad was what I caught my bigger fish on,” Wood went on to say. “The key was fishing it super-fast and triggering a reaction bite.”

Randall Clark of Little Rock, Arkansas, caught a 7-pound, 1-ounce bass – the largest of the event – which earned him the day’s Boater Big Bass award of $555.

Crider also caught the biggest bass of the tournament in the co-angler division, a fish weighing 6 pounds, 11 ounces, and earned the day’s Co-angler Big Bass award of $277.