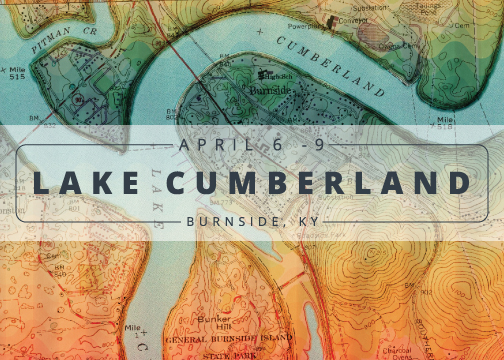 SOMERSET, Ky. – The fourth tournament of the 22nd season of the FLW Tour, the most competitive circuit in professional bass fishing, is coming to the Somerset-Pulaski County area April 6-9 with the FLW Tour at Lake Cumberland presented by T-H Marine. The event, which is hosted by the Somerset Tourist and Convention Commission, will feature 328 of the world’s premier bass anglers and co-anglers casting for top awards of up to $125,000 cash in the Pro Division and up to $25,000 cash in the Co-angler Division.

“I think it’s going to be a great tournament, as long we don’t get a lot of rain heading into it,” said FLW Tour pro Rex Huff of Corbin, Kentucky, who has six top-10 finishes on Lake Cumberland in FLW competition. “When it rains, the water level rises quickly and isn’t ideal. But if it holds off the fishing is going to be great all over the lake, especially this time of year.

“Lake Cumberland has a lot to offer the Tour field in terms of fishable water,” continued Huff. “There are many different creeks with bushes, as well as main-lake areas with big rocks and standing trees. When local authorities serviced the dam several years ago, they lowered the water level and a lot of the trees grew up. Now, with the water level back up above them, those areas will definitely be popular.”

Although quality bites will be found all over the lake, Huff said he prefers locations on the lower end near the dam.

“It’s such a big lake that I think anglers are going to have find an area and stick with it throughout the tournament,” said Huff. “We may see some of the field make a run down to the dam, but it’s a gamble. It can cut as much as three hours of fishing out of the day, but there are some big, quality creeks to work through down there.”

Huff said that a variety of lures will be showcased in this event including jigs, jerkbaits, swimbaits and spinnerbaits. He said that fans can also expect to see three different species of bass crossing the weigh-in stage.

“There are going to be a lot of limits brought in consisting of both largemouth and smallmouth bass,” said Huff. “The lake has a lot of good spotted bass too, some in the 2- to 3-pound class.”

The Kentucky pro predicted that a four-day cumulative total of 70 pounds should be enough to take home top honors.

Prior to the weigh-ins Saturday and Sunday, fans are encouraged to experience the free Family Fishing Expo at General Burnside Island State Park from noon to 4 p.m. The Expo is a unique opportunity for fishing fans to meet their favorite anglers, enjoy interactive games, activities and giveaways provided by FLW sponsors, and learn more about the sport of fishing and other outdoor activities.

Youth are also invited to participate in the free FLW Foundation’s Unified Fishing Derby at the Ruckel’s Restaurant Pay Lake, located at 192 KY-70 in Eubank, Kentucky, on Saturday, April 8, from 9-11 a.m. The event, hosted by FLW Foundation pro Cody Kelley along with other FLW Tour anglers, is free and open to area youth 18 years of age and younger and Special Olympics athletes. Rods and reels are available for the first 50 participants to use, but youth are encouraged to bring their own if they own one.

As part of the FLW Tour’s community outreach initiative, FLW Tour professionals will visit patients at the Lake Cumberland Regional Hospital, located at 305 Langdon St., in Somerset, Wednesday, April 5, from 8:30-10:30 a.m. in Somerset, Kentucky. Professional anglers will interact with guests, snap photos, sign autographs for patients and staff and share fishing stories before the tournament kicks off Thursday.

The total purse for the FLW Tour at Lake Cumberland presented by T-H Marine is more than $800,000, including $10,000 through 50th place in the Pro Division.