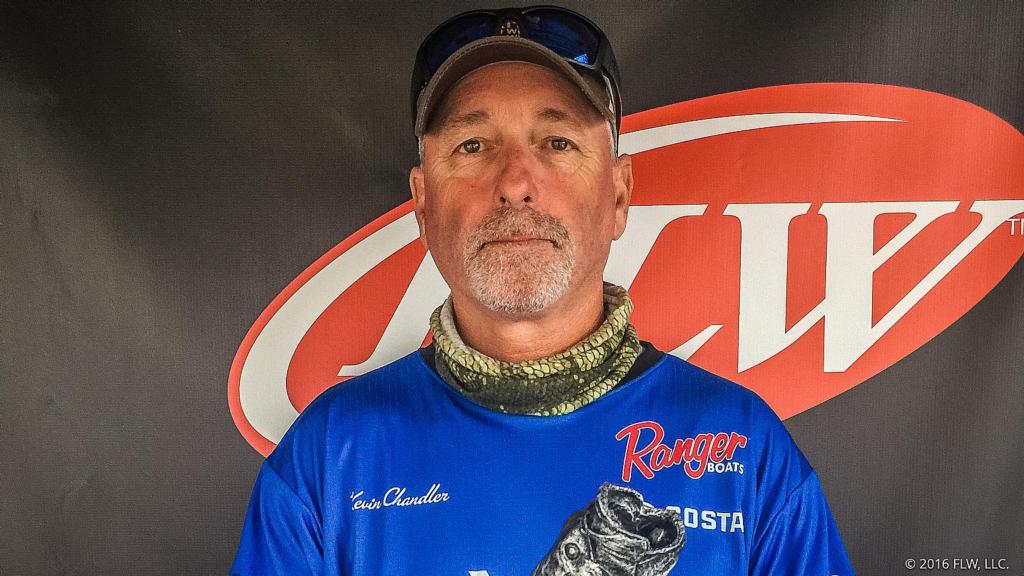 Chandler said he split his day between fishing rocks in Grassy Creek, and docks and laydowns in the main-river channel. He said every fish he weighed in came on a ½-ounce green-pumpkin-colored Shooter Lures Jig.

“I flipped and made little underhand pitches with the jig because the fish were so shallow,” said Chandler, who logged his fifth career-win in BFL competition. “Every bite came in 1 to 4 feet of water. My medium-heavy Level rod was a big part of my success. It’s got the perfect tip for flipping. I could make soft presentations under everything I targeted.”

Chandler said he spent a lot of his day running, including making 30 to 40 stops in the afternoon.

“I didn’t catch very many fish in one spot,” said Chandler. “My biggest bass – a 6-pound, 4-ouncer – came out of the rocks early on, but I got more bites in the afternoon. The water warmed up a couple of degrees when the sun came up, which helped.”

Griffin caught a bass weighing 6 pounds, 11 ounces – the largest of the event – which earned him the day’s Boater Big Bass award of $995.