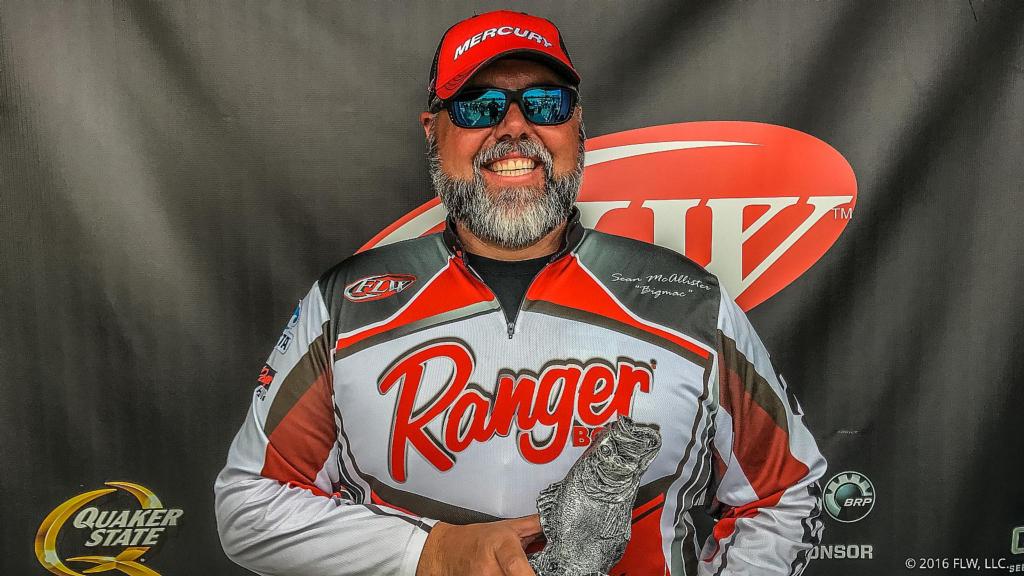 McAllister said he split his day between the Kerr and Muskogee pools where he worked an assortment of lures along grasslines. He said he used two baits to catch the bulk of his fish early on – a green-pumpkin-colored Zoom Brush Hog, and a green-pumpkin Strike King Rage Craw, rigged on a swim jig.

“The bite was slow in the morning, but improved as the day continued,” said McAllister, who notched his second career-win in BFL competition. “My first fish – a 4½-pounder – came after 45 minutes on the water. Even though the bite improved, the wind was horrible. It’s not an easy thing to deal with when you’re trying to flip and make precision casts. I just kept my head down and stayed focused.”

McAllister said he finished his day in the Muskogee pool and used a War Eagle spinnerbait to round out his limit.

“I moved into a couple of pockets to hit some more grass edges and was able to cull out some earlier catches,” said McAllister. “They were the ones that catapulted me to the top and helped me edge out Shonn (Goodwin). It’s really special when you can pull off of a win like that.”

Kelly Wood of Bixby, Oklahoma, caught a bass weighing 6 pounds, 6 ounces – the heaviest of the event in the Boater Division – which earned him the day’s Boater Big Bass award of $825.

Nathan Christie of Claremore, Oklahoma, weighed in five bass totaling 15 pounds, 4 ounces Saturday to win the Co-angler Division and the top prize of $2,620.