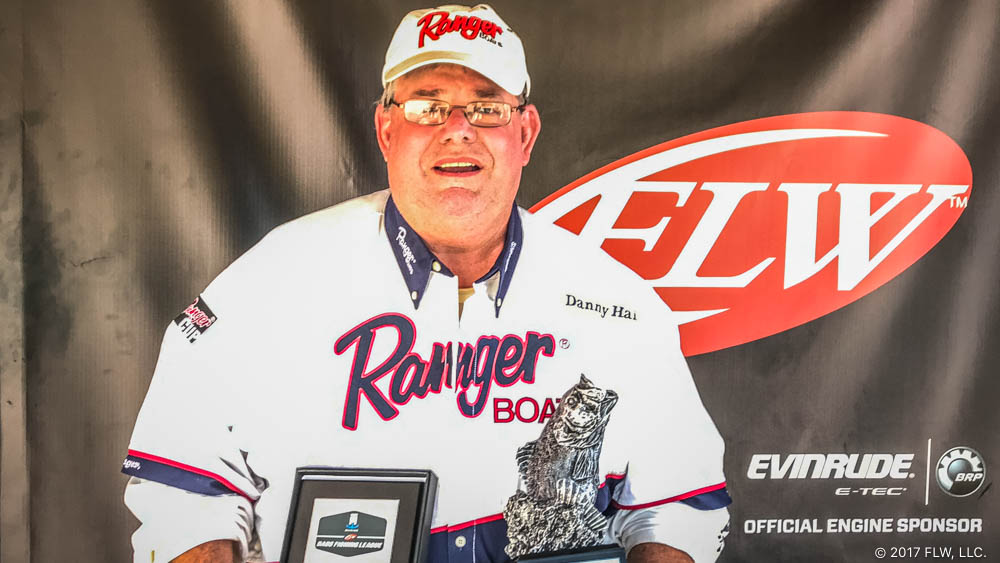 According to post-tournament reports, Haire caught his fish in the Satterwhite Point area of Kerr Lake, fishing a Carolina-rigged Zoom Lizard. It was Haire’s third career BFL win, all of them coming on Kerr Lake.

Haire also caught a 5-pound, 9-ounce bass, which was the heaviest of the tournament in the Boater Division. The catch earned him the day’s Boater Big Bass award of $385.

Craig Wright of Rustburg, Virginia, weighed in five bass totaling 15 pounds, 7 ounces Saturday to win the Co-angler Division and the top prize of $1,803.

Kevin Fore of Powhatan, Virginia, weighed a 5-pound, 8-ounce bass which earned him the day’s Co-angler Big Bass award and $192.

The T-H Marine BFL at Kerr Lake was hosted by the Vance County Department of Tourism.