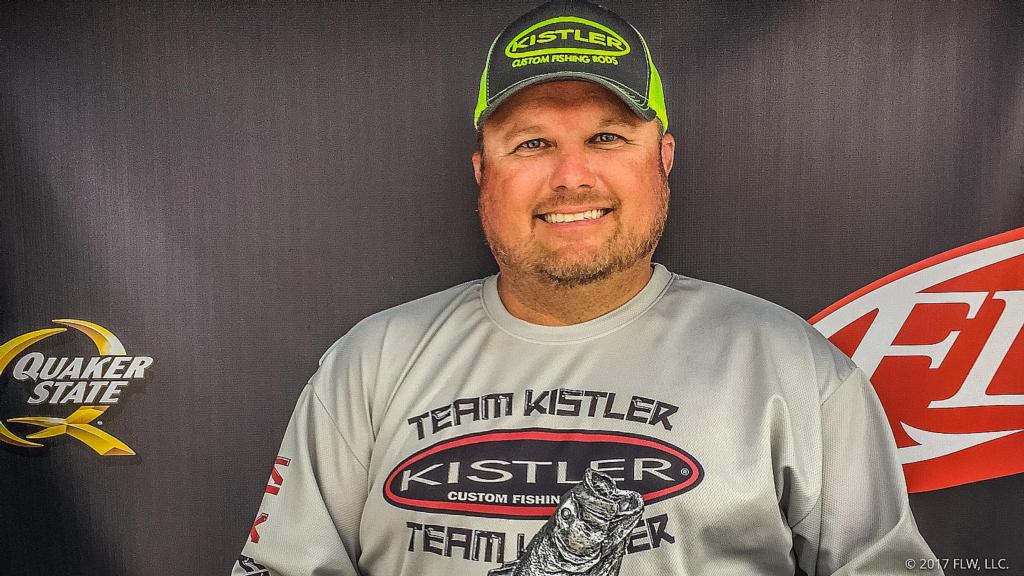 “In the morning I focused on whatever was left of the shad spawn on the Tugaloo River,” said Pack, who earned his first career-victory in BFL competition. “I targeted creeks with boat docks and submerged grass. I had three primary areas, but two creeks really produced for me.”

“I keyed in on boat dock floats and grass edges,” said Pack. “The grassline was about a foot and a half under the water, and the fish were along the edges as the shad were trying to spawn in it. The shad were also spawning along the black floats on the docks. If I put the lure a foot or two off of either the grassline or the floats, I couldn’t catch them. I had to be precise with my casts.”

After 1 p.m., Pack said he made his way to some brush where he was able to wrangle his largest fish of the day – a 5-pound, 11-ounce bass.

“The brush was between some docks and I caught it on a ½-ounce (Strike King) Hack Attack Jig with a black and blue trailer,” said Pack. “My Kistler Magnesium 2 Rod was definitely a key as well. It had the sensitivity to feel the bite but a strong enough backbone to swing it up and into the boat.”

Chatham caught a bass weighing 7 pounds, 5 ounces – the heaviest of the event in the Boater Division – which earned him the day’s Boater Big Bass award of $690.