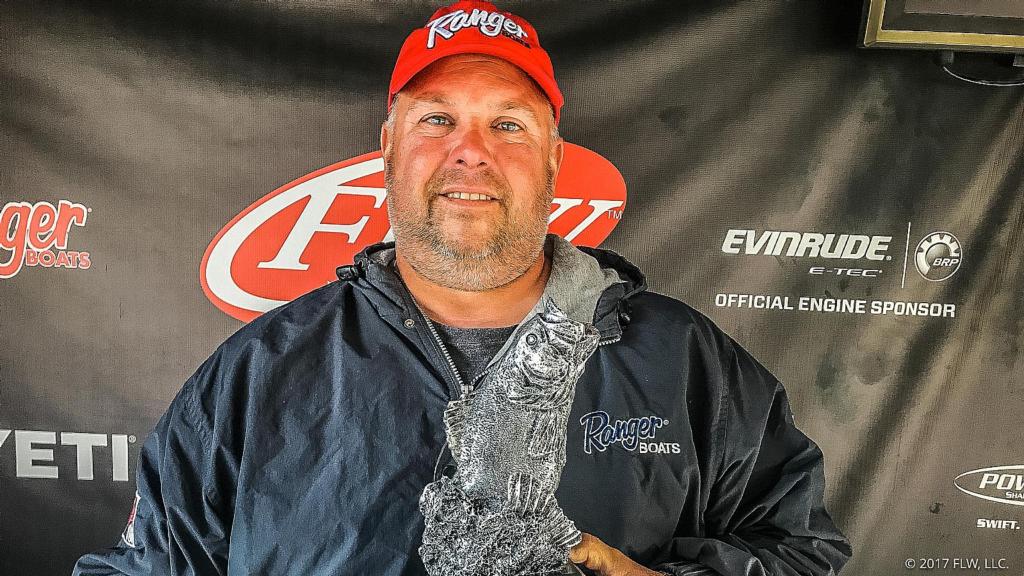 Eichmann said he spent his day targeting smallmouth that were spawning in a main-lake creek arm.

“I fished a pocket that had about a mile and a half of shoreline,” said Eichmann, who notched his first career victory in FLW competition. “They were all over, even on the straight stretches of bank. It was a good little area. The water wasn’t too stained, and the bass were 15 to 25 feet down.

“I used a swimbait and caught them from flooded timber,” continued Eichmann. “Males were guarding the nests and females were just starting to feed on shad and other baitfish after they had bedded.”

Eichmann said he used a BassTrix Paddle Tail Swimbait to craft the majority of his limit.

“I also weighed one off of a watermelon-red (Zoom Magnum) Finesse Worm with a ¼-ounce shaky-head,” said Eichamann. “They seemed to bite all day, and I ended up putting 25 to 30 keepers in the boat.”

Gregory caught a bass weighing 4 pounds, 11 ounces – the heaviest of the event in the Boater Division – which earned him the day’s Boater Big Bass award of $525.

Shane Vickers of Tyner, Kentucky, won the Co-angler Division and $1,944 Saturday after bringing a five-bass limit totaling 11 pounds, 5 ounces to the scale.