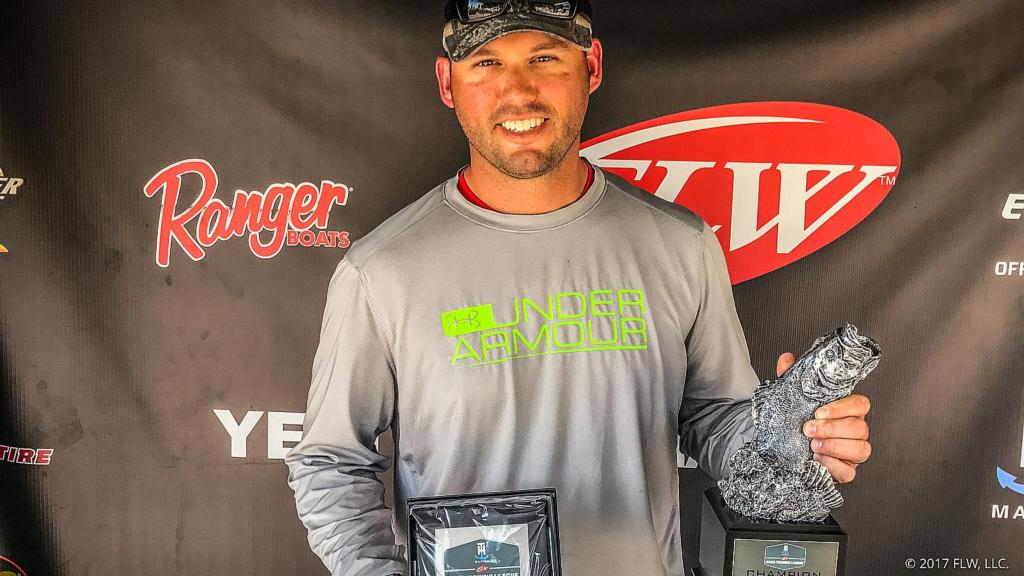 Sisk said he spent his day on the lower end of the lake in Marcum Branch creek, near the dam. He said he targeted bass in pockets and points along a route that stretched nearly a mile.

“I fished in 3 to 4 feet of water and caught them out of flooded buck brush and willow trees,” said Sisk, who earned his fourth career-win in BFL competition. “It was the cleanest water on the lake, which I really liked.”

“It was a tough day out there – I only caught two in the morning and one on the afternoon,” said Sisk. “If the cover was thick I’d use the jig, if it was thin I threw the spinnerbait.”

Around 9:30 a.m., Sisk caught the largest bass of the event on the spinnerbait.

Griffith’s 3-pound, 1-ounce bass was the largest among Co-angler Division anglers, and earned him the day’s Co-angler Big Bass award of $235.