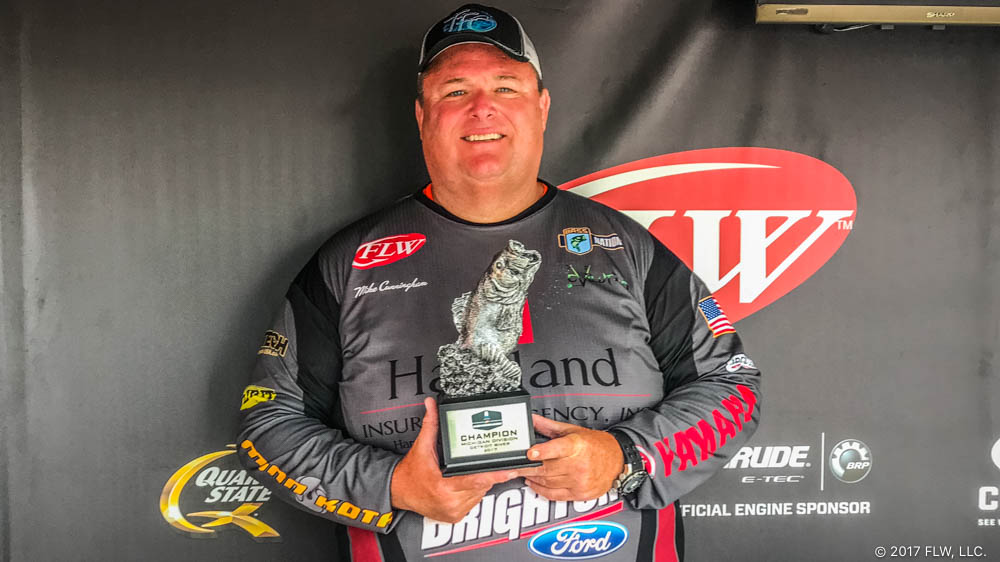 “I’ve been fishing BFL tournaments for a long time and this is my first win – it’s pretty special,” said Cunningham, whose previous top finish in BFL competition was a 19th-place showing on Lake St. Clair in 2015. “I targeted a ridge in Lake Erie that had a nice flat. It stayed active until noon and then it shut down.”

Cunningham said he began his day using a green pumpkin-colored Smack Daddy Baby Elite Tube. He said he put a couple of good fish in the boat, but decided to switch techniques after losing two 4- and 5-pounders.

“After I lost the bigger fish I picked up my drop-shot rod and went to work,” said Cunningham. “I used a Poor Boy’s Erie Darter in 12 feet of water and stuck them hard. I probably caught 40 fish, and was releasing 4-pounders at one point. It ended up being a great day out there.”

Teper caught a 5-pound, 11-ounce bass – the heaviest of the event in the Boater Division – and earned the day’s Boater Big Bass award of $485.