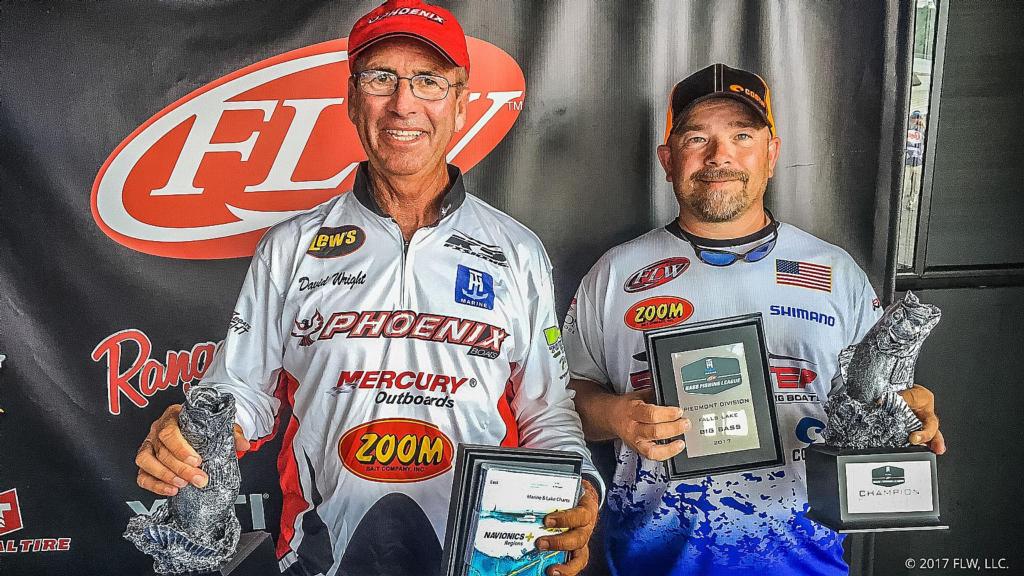 “After jumping around trying to avoid boat pressure, I pulled up to a bar right off of the main-river channel that was near deep water,” said Wright, who notched his 12th career-win in FLW competition. “I noticed my co-angler was really catching them on a June Bug-colored (Zoom) Trick Worm, so I began throwing one as well. I put it on a shaky-head rig and caught two, including a 6-pounder.”

Wright said his bass were positioned on top of the bar and in the shallowest water.

“I didn’t fish the very tip of the bar because everyone had stopped there,” said Wright. “I sat right off of the edge, in 12 to 14 feet of water, and fished the back side. I preferred to throw the worm over the top of it if the section wasn’t too wide.

Wright said he finished his day on a ledge with a Zoom ‘Ol Monster Worm, and caught his final bass with 15 minutes left in the event.

Wright’s 7-pound, 15-ounce catch was the heaviest of the event in the Boater Division, and earned the day’s Boater Big Bass award of $650.