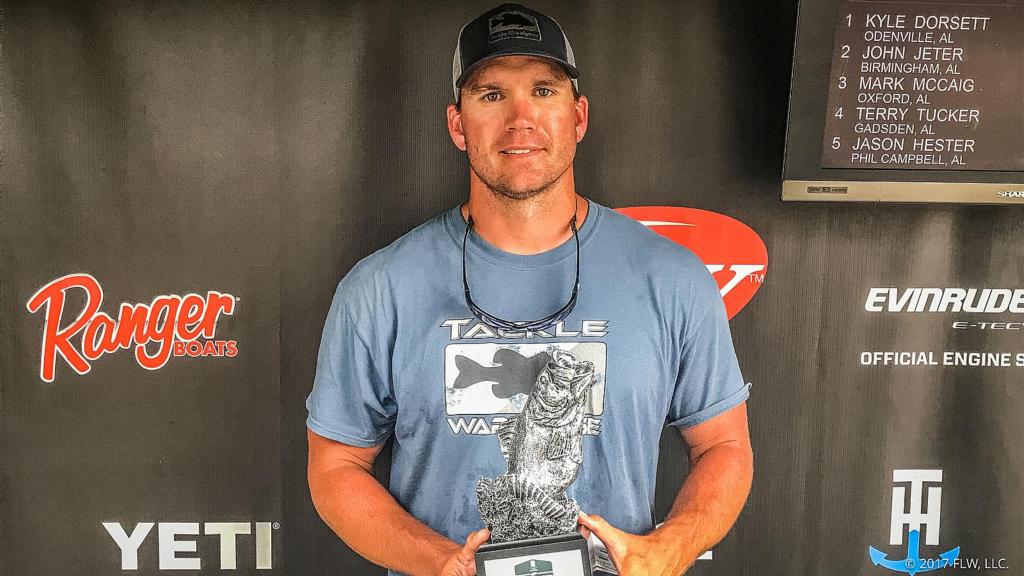 Dorsett said he spent the tournament fishing a 20-mile stretch between Canoe Creek and the takeoff ramp.

“I targeted a couple of areas that I found in practice that had a lot of fish,” said Dorsett, who logged his second career-victory in BFL competition. “I put 30 or 40 fish in the boat throughout the event and culled four or five times.”

“A lot of the field was flipping a jig or throwing a crankbait,” said Dorsett. “The reaction bite was crucial for the bigger ones. I think the Super Chunk was also a big part of my success. The fish seemed lethargic and didn’t want something with a lot of action. The Super Chunk doesn’t kick much, so it was perfect.”

Jeter caught a bass weighing 5 pounds, 13 ounces – the heaviest of the event in the Boater Division – and earned the day’s Boater Big Bass award of $460.

Daniel Sullivan of Guntown, Mississippi, caught the largest bass in the Co-angler Division – a fish weighing 3 pounds, 15 ounces. The catch earned him the day’s Co-angler Big Bass award of $230.