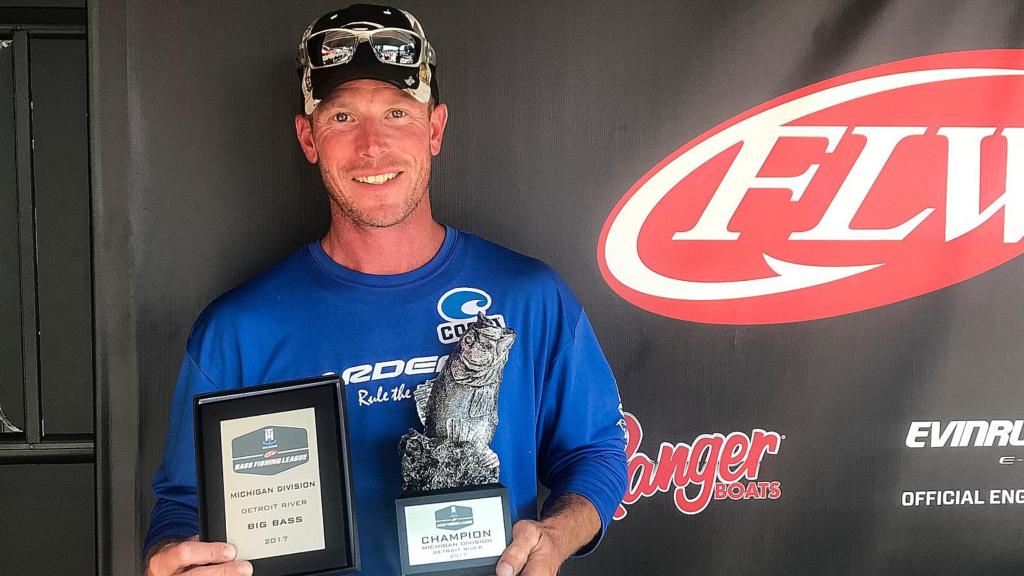 Kelley said he spent his day in the middle of Lake Erie focusing on a 100- by 50-foot length of scattered chunk rock in 25 feet of water. He said he used one lure to catch his limit – a green-pumpkin-colored V&M Smallie Tube.

“I found the area last Sunday during practice and weighed around 23 pounds of bass on a hand scale,” said Kelley, who earned his first career-victory as a boater in BFL competition. “During the event, the school was about 30 yards from where I caught them Sunday. It was one of those magical days where everything came together.”

“My Denali rods were really what did it for me,” said Kelley. “I was able to feel the bites. I tried to use a custom-made rod at one point, but it didn’t help. The guides on the Denali worked the best.”