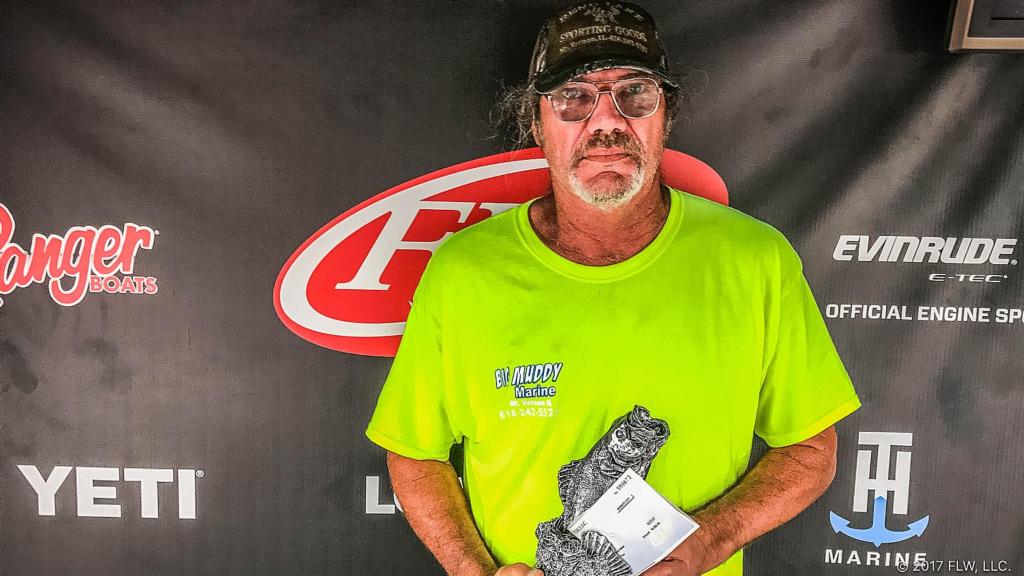 Mullins said he spent the event fishing four stretches – each 200 to 300 yards long – on the north end of the lake. He said he targeted bass on banks that had a combination of riprap and wood, and was able to catch 13 keepers.

“There weren’t as many bites up there compared to the main lake, but they were good-sized fish,” said Mullins, who logged his first career win as a boater in BFL competition. “I think the fish were up against those hard banks to feed because there were a lot of shad. They weren’t schooling up yet, though.”

Mullins said he used a 3/8-ounce chartreuse and white-colored Z-Man ChatterBait with a green-pumpkin-colored Zoom Super Chunk to catch the majority of his fish. He added that his largest bass Saturday came on a green-pumpkin Zoom Ultravibe Speed Worm.

“I threw the ChatterBait any time I came to a good piece of wood, then flipped the worm to it,” said Mullins. “Most of the fish were in 6 inches of water, while I sat in anywhere from 6 inches to 2½ feet of water. My Crestliner was really key in helping me navigate the shallows.”

McCord caught a bass weighing 6 pounds, 3 ounces – the heaviest of the event in the Boater Division. The catch earned him the Boater Big Bass award of $585.

Bovara caught the largest bass in the Co-angler Division – a fish weighing 3 pounds, 14 ounces – and earned the Co-angler Big Bass award of $285.