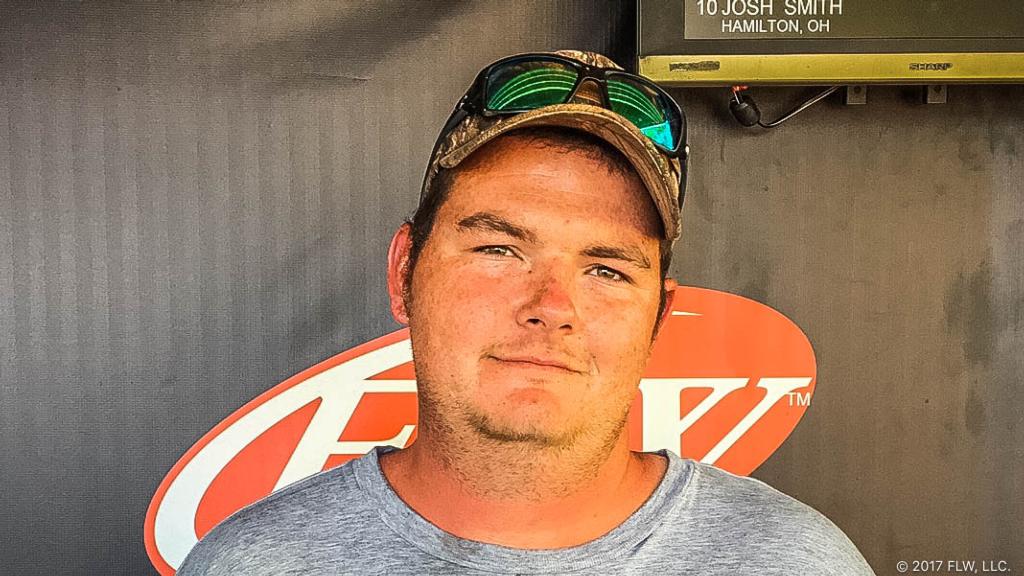 “It was awesome to get the win,” said Colwell, who earned his first career victory in BFL competition. “Both days I was just dragging a drop-shot rig around Middle Bass Island. I was fishing in 8 to 14 feet of water, rotating through four different rock piles.”

Colwell estimated that he caught 8 bass on Saturday and 12 to 13 bass on Sunday – all smallmouth. He said that he rigged his drop-shot with a Smoke-colored Strike King KVD Dream Shot.

“I could see the fish on my Lowrance graphs,” Colwell said. “The key was being able to follow the fish and adjust, because they were moving from one rock pile to the next. I had only found one rock pile in practice coming into the tournament, but I was able to find the other three on the first day by just fishing around the area with my electronics on.”

Martinkovic caught a bass weighing 5 pounds, 10 ounces – the heaviest of the event in the Boater Division. The catch earned him the Boater Big Bass award of $630.

Trevor Howard of Union, Kentucky, caught a two-day total of 10 bass weighing 28 pounds, 11 ounces, to win the Co-angler Division and $2,563.

Jeremiah Sall of Wintersville, Ohio, caught the largest bass in the Co-angler Division – a fish weighing 5 pounds, 4 ounces – and earned the Co-angler Big Bass award of $315.

The T-H Marine FLW BFL Buckeye Division tournament on Lake Erie was hosted by the City of Sandusky.