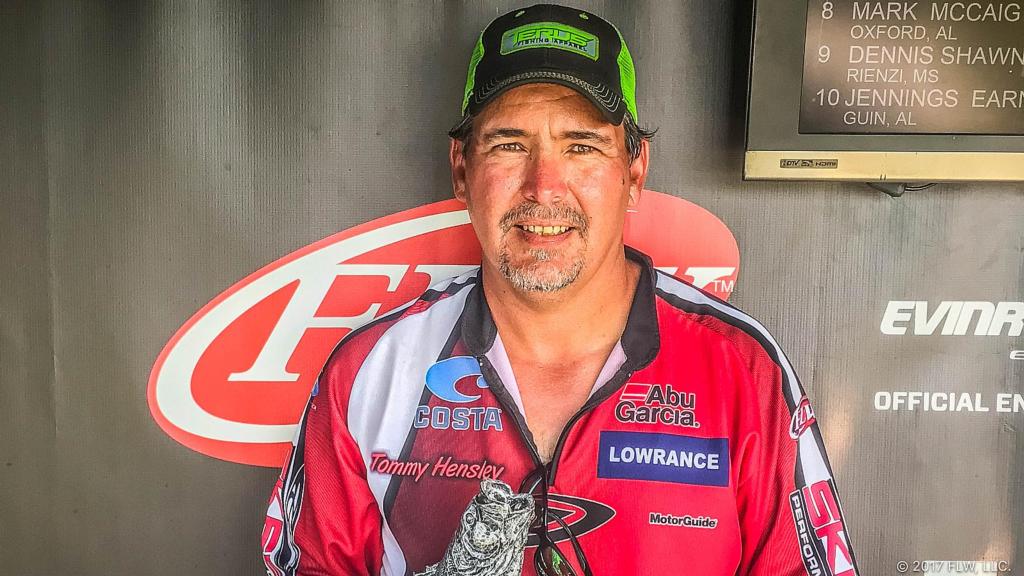 According to post-tournament reports, Hensley caught his fish in the mid-lake area, near isolated wood using a white 3/8-ounce Z-Man ChatterBait.

John Jeter of Birmingham, Alabama, caught a 6-pound, 13-ounce bass – the heaviest of the event in the Boater Division – and earned the Boater Big Bass award of $607.

Hawkins caught the largest bass in the Co-angler Division – a fish weighing 4 pounds, 4 ounces – and earned the Co-angler Big Bass award of $304.