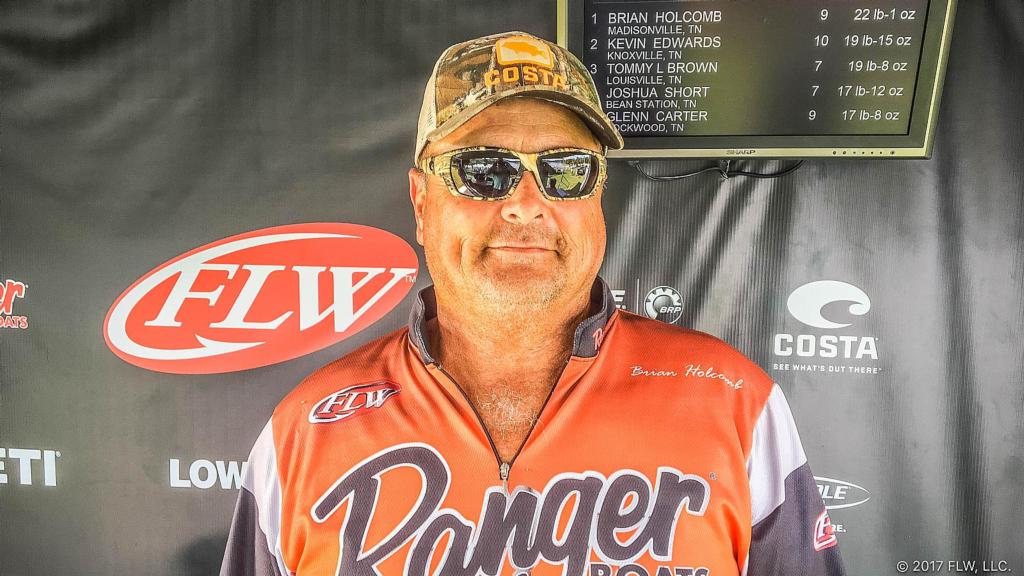 Holcomb said he started out the event fishing mid-lake pockets near Euchee Marina and Resort.

“I caught them on Saturday throwing a white 3/8-ounce buzzbait,” said Holcomb, who earned his first career-victory in FLW competition. “I targeted isolated milfoil clumps and caught four keepers in less than 2 feet of water.

“On Sunday I went back to the same area, but I couldn’t get a bite on the buzzbait,” continued Holcomb. “I switched to a (Gambler Cane) toad and was able to put together a limit.”

Holcomb said he worked through numerous pockets between 10 a.m. and 2:30 p.m., and caught seven keepers to finish out the tournament.

“There had to be a transition on the bottom to the grass,” said Holcomb. “That was the key for me. If there wasn’t deeper water in front of the grass, they wouldn’t be there. I just kept relying on my judgement and it worked out for me.”

Seeber caught a 6-pound, 10-ounce bass – the heaviest of the event in the Boater Division – and earned the Big Bass award of $540.

Napier caught the largest bass in the Co-angler Division – a fish weighing 6 pounds, 2 ounces – and earned the Co-angler Big Bass award of $266.