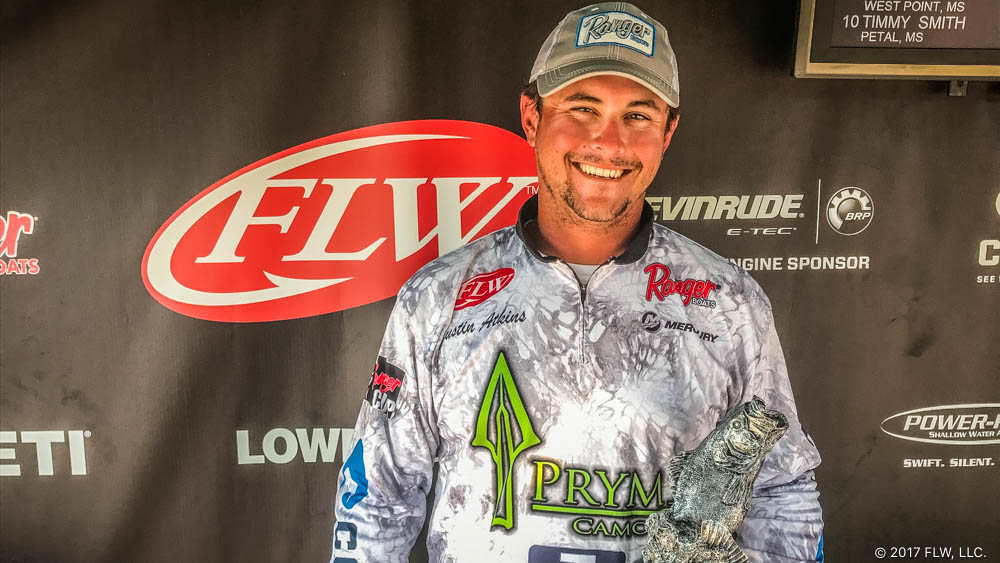 Atkins said he spent the tournament on the lower end of the lake targeting offshore fish. He said he caught the majority of his fish throughout the weekend using a 10-inch black Berkley Power Worm.

“I had one big school that was 10- to 14-feet deep,” said Atkins, who had seven prior top-10 finishes in BFL competition. “That’s where’d I’d start each morning to get a limit.”

Atkins said he moved to shallower brush piles around 10:30 a.m. each day.

“My Humminbird electronics helped me locate the brush piles and which of them were holding fish,” said Atkins. “I could also see the subtle changes on the bottom. I’ve never owned a unit that you could see fish that shallow.”

Larry Savell of Brandon, Mississippi, caught a 6-pound, 8-ounce bass – the heaviest of the event in the Boater Division – and earned the Boater Big Bass award of $348.

Hunter Utley of Cordova, Tennessee, caught a two-day total of eight bass weighing 19 pounds even to win the Co-angler Division and $3,272.

Utley also caught the largest bass in the Co-angler Division – a fish weighing 5 pounds, 1 ounce – and earned the Co-angler Big Bass award of $349.