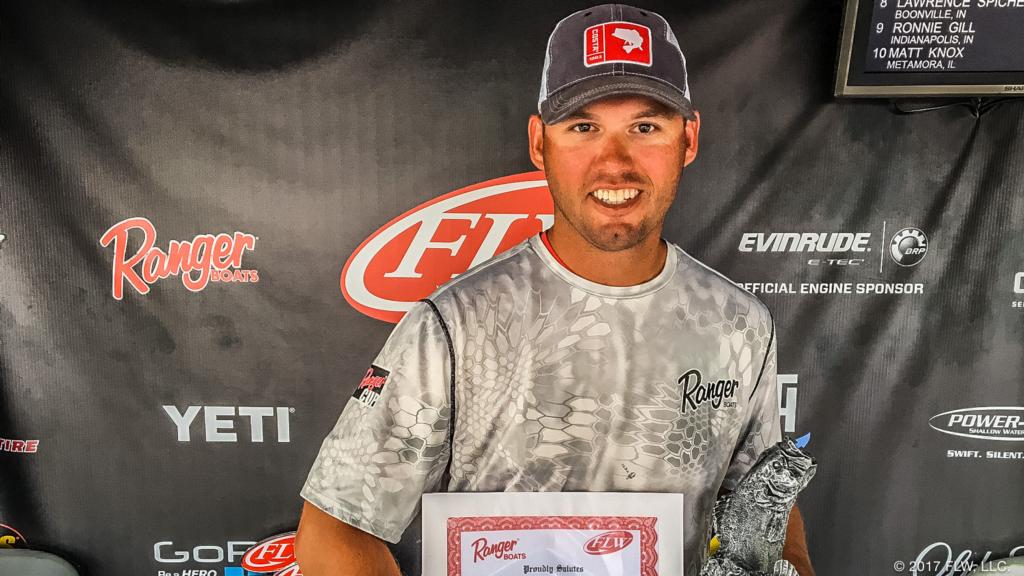 Sisk said he primarily fished on the south end of the lake near New Johnsonville, Tenn. He said his bass were all caught in less than 2 feet of water.

“I went to the southern end of the lake because there’s a lot more shallow water than on the northern part of the lake,” said Sisk, who earned his fifth career-win in BFL competition. “I felt it would be a lot easier for me to find fish in shallow water.

“My best spot was a little point right off the main river. I had a little milk run of 10 or 12 spots, but that one spot was better than the others. That’s where I caught most of my big fish.”

Sisk said he used a Bone-colored Heddon Zara Spook to catch all of his fish throughout the week.

“The first day I only caught six fish, but they were all over 4 pounds. The second day the fish did a lot better,” said Sisk. “On Sunday I fished new water in Richland Creek because the wind was so bad. I only caught five small keepers, but they were enough to hold the lead.”

Billy French of Hamilton, Ohio, won the Co-angler Division and a new Ranger Z518C boat with a 200-horsepower Evinrude outboard with a three-day cumulative catch of 12 bass weighing 41 pounds, 15 ounces.