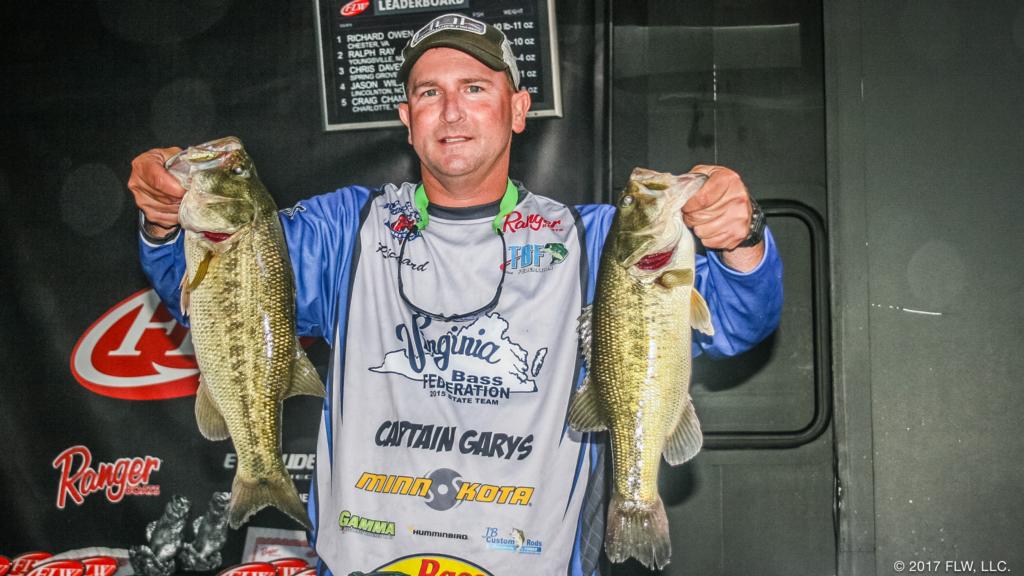 “The win is still sinking in – I can’t believe it,” said Owen, who earned his second career-win in BFL competition.  “The James River is my home waters. I’ve waited years to qualify for a BFL Regional tournament on it.”

Owen said he fished a small area upriver, near Richmond, throughout the weekend. He sat his boat in 8 to 10 feet of water while he targeted rock jetties, wood and docks.

“The fish were relating to anything that blocked the current. They were using rocks or docks as an ambush point,” said Owen. “With the steep banks and high water, they couldn’t spread out too far. They were confined to the main channel, which really suited my style of fishing.”

“I worked through the area slowly, which was key for me,” said Owen. “I prefer to pick apart an area rather than cover a ton of water. It really worked out well.”

The top six Co-anglers that qualified for the 2018 BFL All-American were: