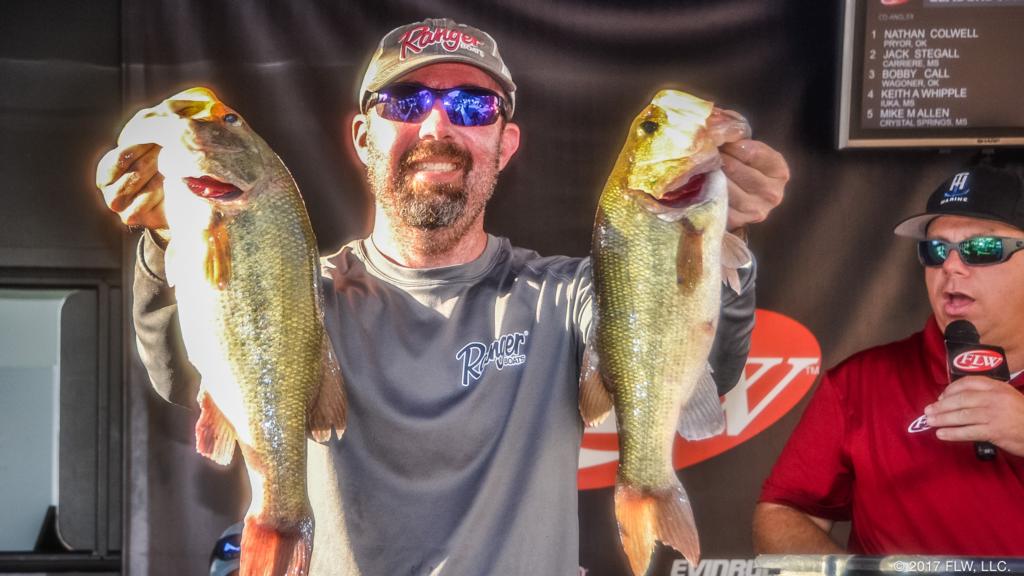 Sandidge said he spent the event working through a 50-yard stretch of water near the takeoff ramp, and that he caught around eight to 10 keepers a day.

“The spot was basically a logjam that toppled into a ditch,” said Sandidge, who earned his first career victory as a boater in BFL competition. “The ditch led into backwaters, and the fish used it as a highway. The logjam resembled a point and it was the first place they could stop and feed before they went shallow. There were some shad there as well.”

“I think the area held up because it was near deep water,” said Sandidge. “It was able to reload quickly, which was key.”