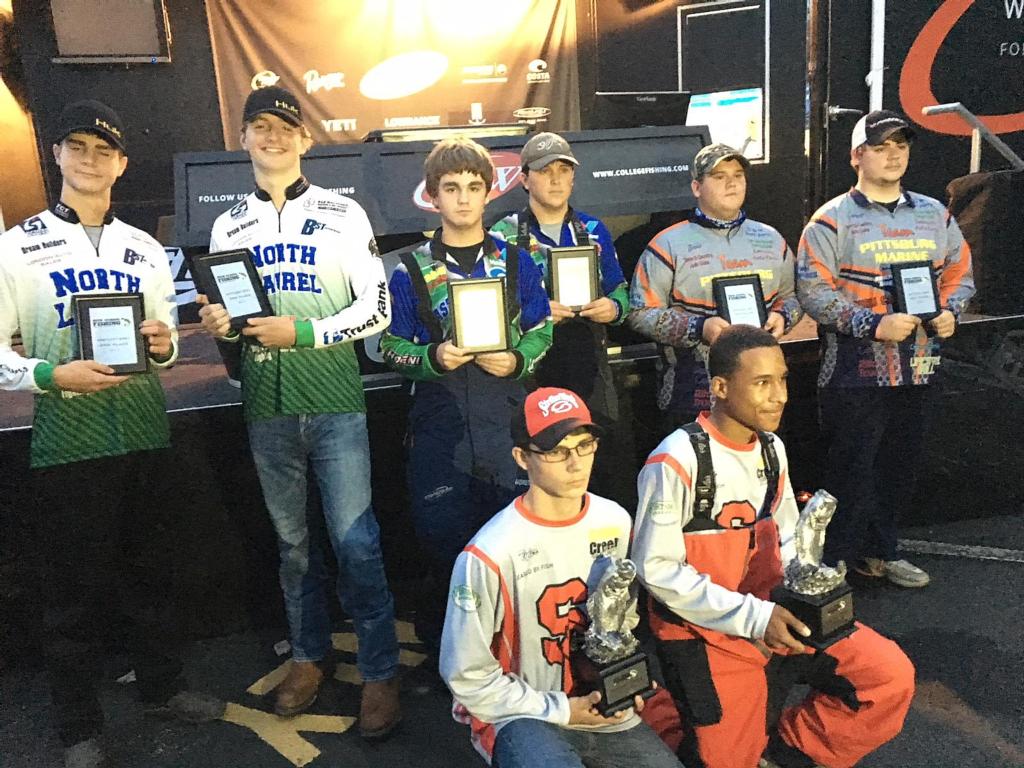 According to post-tournament reports, the Scott County team caught their fish using a green-pumpkin-colored jig and a silver spoon, fishing on the main lake.

The top 18 teams on Lake Cumberland that advanced to the 2018 High School Fishing National Championship were:

The 2017 Bass Pro Shops FLW High School Fishing Kentucky Open was a two-person (team) event for students in grades 7-12, open to any Student Angler Federation (SAF) affiliated high school club in the United States. The top 10 percent of each Challenge, Open, and state championship field will advance to the High School Fishing National Championship. The High School Fishing national champions will each receive a $5,000 college scholarship to the school of their choice.