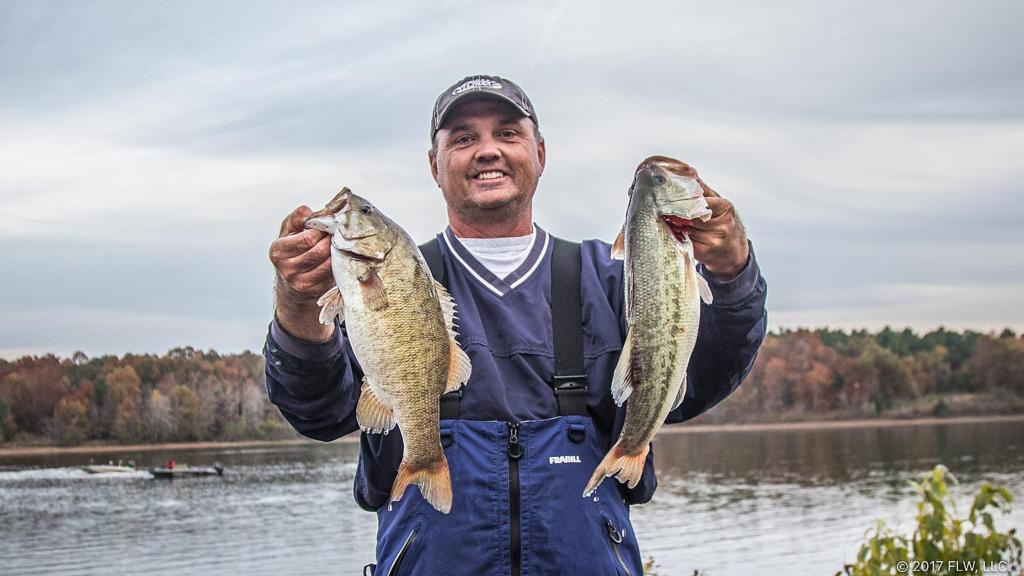 The Wild Card tournament is a last-chance shot at the All-American for BFL anglers that didn’t qualify for a Regional Championship.

“I didn’t have a very good year fishing regular-season BFL tournaments, so this was a great way to finish it off,” said Powers, who qualified for his second BFL All-American appearance in his FLW career. “This is my fifth win fishing FLW tournaments. Hopefully it won’t be my last.”

Powers spent the event fishing an array of banks on Lake Barkley.

“I looked for deeper banks on the main channel that had some laydowns on them,” said Powers. “With the water being down right now, and me not knowing the lake, I was just looking for the same things we’d fish back home in east Tennessee.”

For baits, Powers threw a green-pumpkin-colored Lunker Lure Rattleback Jig with a Zoom Big Salty Chunk trailer, as well as a homemade 5/8-ounce chartreuse and white-colored spinnerbait. He said his jig produced the bulk of his keepers, most notably from one laydown that he had found in practice. On the final day of competition, he plucked seven keepers from the spot to seal the deal.

“I hadn’t ever fished it before until Friday. I thought it looked good, but I never imagined that,” said Powers.

Chris Lewis of Longview, Texas, caught the biggest bass of the tournament in the Boater Division Saturday, a largemouth weighing 7 pounds, 2 ounces, which earned him the day’s Boater Big Bass Award of $235.

Scott Stallings of Glencoe, Oklahoma, won the Co-angler Division and $2,235 with a two-day cumulative of four bass weighing 11 pounds, 12 ounces.

Alford Cherry of Monroe, Louisiana, caught the heaviest bass of the tournament in the Co-angler Division Saturday, a fish weighing 4 pounds, 6 ounces, which earned him the day’s Co-Angler Big Bass Award of $105.