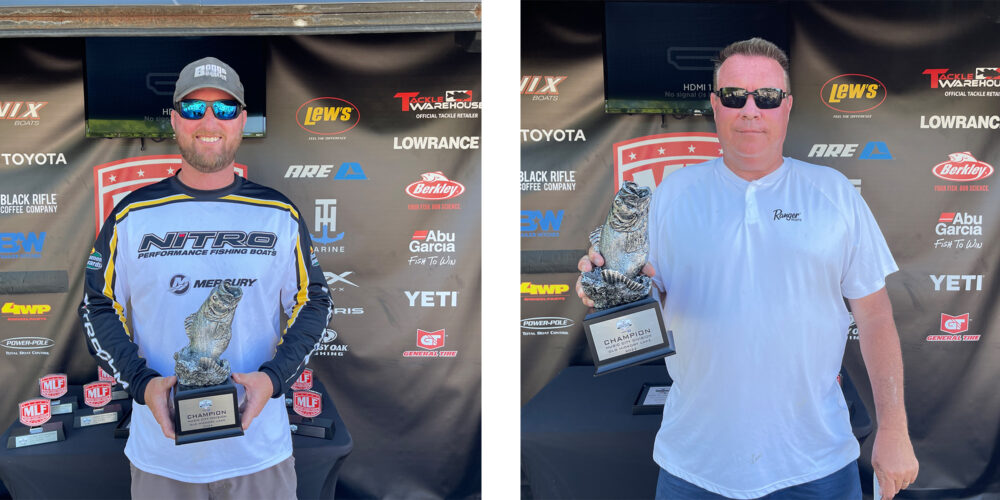 “I concentrated my efforts on the upper end of Old Hickory and targeted grass, wood and docks – basically anything that offered shade during the sunny day,” Boggs said.

Boggs said he flipped a tube in 1 to 3 feet of water to boat 15 bass, including 12 keepers during the course of the tournament.

“Each win is always a surprise,” said Boggs, who now has nine Phoenix Bass Fishing League wins. “I’m very grateful to God and very humbled by the win. I’ve set a goal to get 10 BFL wins, and I’m fired up to do it.”

Justin Saling of Murfreesboro, Tennessee, caught a largemouth weighing 6 pounds, 1 ounce, the heaviest of the event in the Boater Division, to earn the day’s Berkley Big Bass Boater award of $610.

Theron Hawkes of Murfreesboro, Tennessee, caught the largest bass in the Co-angler Division, a fish weighing in at 5 pounds, 7 ounces. The catch earned him the day’s Berkley Big Bass Co-angler award of $305.