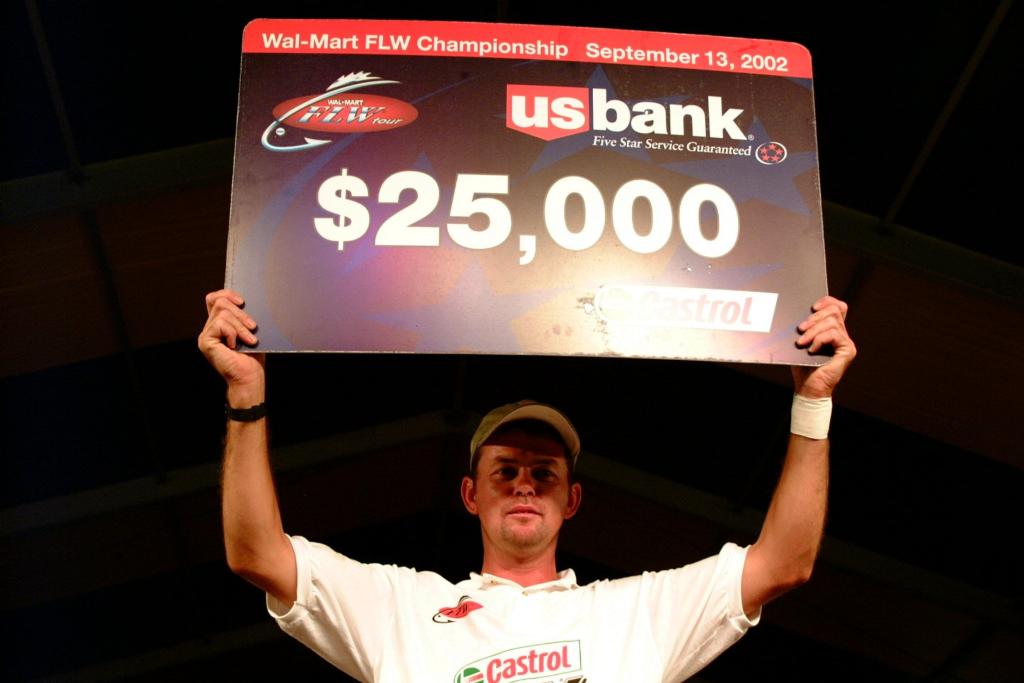 SHREVEPORT, La. – Bolstered by a catch of 7 pounds, 2 ounces, Keith Pace of Monticello, Ark., not only walked away with one of the most prestigious co-anglers championships in the nation, but he also managed to fulfill a lifelong dream in the process.

“I just can’t believe I won the FLW Championship. It feels great,” said Pace, who has only two years of fishing experience on the FLW Tour. “I had wanted to fish with Larry Nixon and Kevin VanDam my whole life and this week I got to fish with both of them. It’s like a dream come true.”

Pace, who came into the tournament ranked eighth overall in the year-end co-angler standings, said the win was such a shock that he had a hard time convincing his family that he had actually won the championship.

“I called my family and they couldn’t believe it either,” said Pace, who took home $30,000 in winnings. “It took them awhile before they realized I wasn’t kidding.”

The Arkansas native used a green-pumpkin finesse worm, Texas-rigged on a 1/8-ounce jig head with a chartreuse tail to land all of his catch. Pace targeted largemouth bass in approximately 1 to 5 feet of water.

A full-time welder, carpenter and manager of houseboat company, Pace said his win couldn’t have been possible without the help of his pro partners.

“I’ve just had the greatest draws all week,” he said. “I fished with Larry Nixon, Kevin VanDam and today I had Mike Wurm. They were all great partners and they helped me a lot.”

As a result of his performance, Pace will be granted an automatic berth in the Pro Division of the FLW Tour during the 2003 season. However, he said he’s not sure if he is ready to turn pro just yet.

“I would like to get a couple more years on the co-angler side just to learn a couple of more things,” he said. “But when you get an opportunity to fish the FLW Tour as a pro, it’s really a hard thing to pass up.”

Todd Lee of Jasper, Ala., finished in second place with a catch of 5 pounds, 15 ounces. Lee won $15,000 for his efforts. Third place belonged to day-two leader Danny Strand of Champaign, Ill. Strand turned in a catch of 3 pounds, 2 ounces to land a check for $12,000.

Co-angler action resumes with the start of the 2003 FLW Tour, scheduled to take place Jan. 22-25 at Lake Okeechobee in Clewiston, Fla.