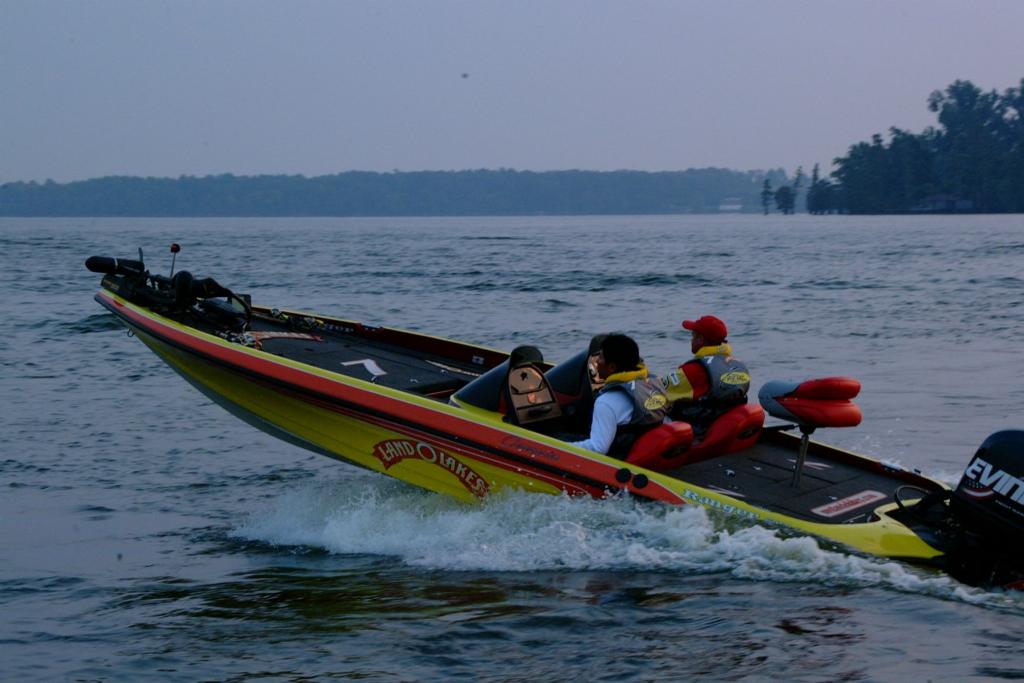 Top-24 anglers prepare to qualify for finals at $800,000 FLW Championship as co-anglers battle for tournament title

SHREVEPORT, La. – Normally on the third day of FLW competition, pro anglers are content with merely qualifying for the finals. Not so today. Not only do the pros have to beat their opponents in today’s head-to-head matchup in order to fish another day, but they also have to land enough weight to capture one of the top-two seeds heading into the finals. The reasoning is simple. Per tournament rules, only the top two seeds will be allowed to battle it out for the 2002 FLW Championship title and the top prize of $260,000. 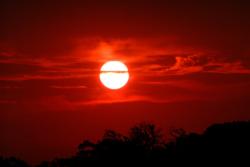 As the anglers made their way onto the open waters of Cross Lake shortly after 7:15 a.m. with a brilliant sunrise illuminating the start of today’s competition, the remaining 24 pro anglers were completely aware of their difficult mission. Facing a complex slot limit, stiff competition, and the omen of fishing on Friday the 13th, anglers raced to their prime fishing spots with two very important goals in mind: defeat their opponent and boost their overall weight totals for the tournament.

As it stands now, the top two seeds would go to Greg Hackney (24 pounds, 14 ounces) of Oak Ridge, La., and Pat Fisher (18 pounds, 10 ounces) of Stone Mountain, Ga. However, while those two pros currently have the most combined weight in the tournament so far, if they are unable to defeat their opponents in today’s head-to-head, bracket-style competition, they will not advance.

After today’s weigh-in, the 12 pros who manage to defeat their opponents will receive an automatic berth in the finals. However, all 12 anglers who qualify for the final day of competition will be reseeded according to their combined weight totals over the first three days of the tournament. As a result, the top-two pros heading into Saturday will fish for first ($260,000) and second place ($55,000), the third- and fourth-seeded pros will fish for third place ($30,000), the fifth- and sixth-seeded pros will fish for fifth place ($22,000), and so on. 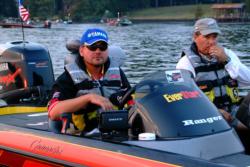 The co-angler battle is a different story altogether. As it stands right now, the top-24 remaining co-anglers will be vying for a tournament championship in today’s competition. The format is simple: whichever co-angler catches the heaviest stringer in today’s competition will be given the title – as well as a hefty first-place check for $25,000.

FLW Championship action continues at today’s weigh-in, scheduled to take place at 5 p.m. at the Wal-Mart Supercenter, located at 6235 Westport Road in Shreveport.