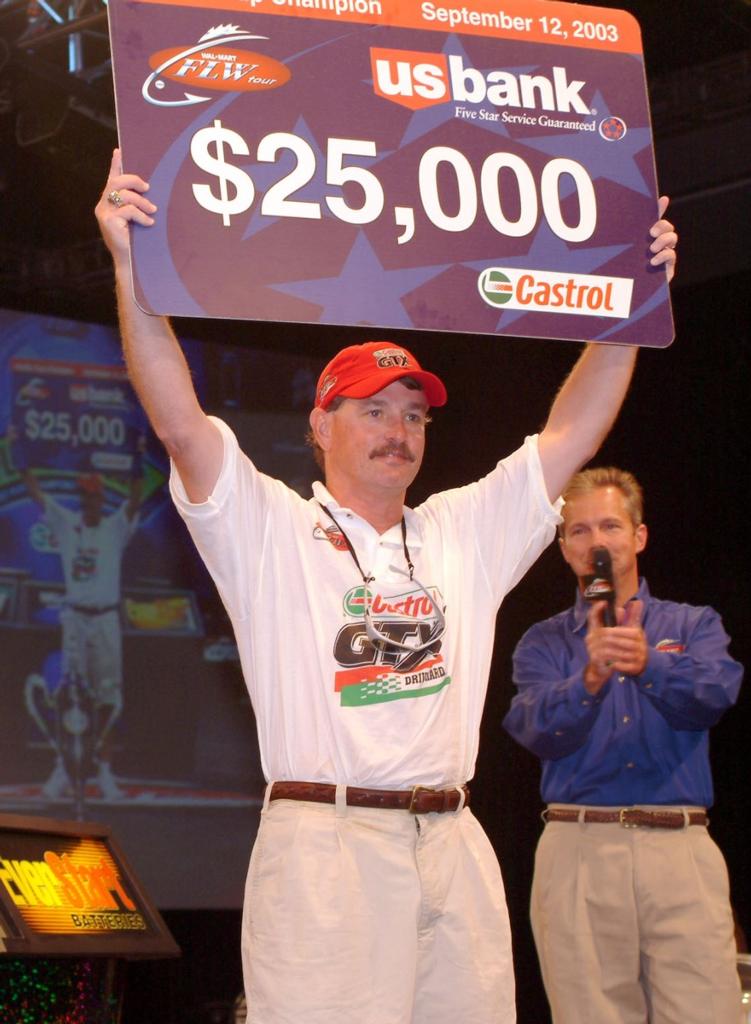 RICHMOND, Va. – Soaking wet from a full day of driving rain and wind-whipped boat rides on the James River, Ken Keirsey of Owasso, Okla., shivered uncontrollably after winning the Co-angler Division of the 2003 FLW Tour Championship.

“I don’t know if I’m cold or excited,” he chattered. “This has been an unbelievable day.”

Keirsey and pro partner Dave Lefebre of Erie, Pa., experienced boat trouble in the form of a dead battery. When they went to call for help, they discovered that their phones had gotten wet from the soaking rain.

With the winning sack of fish in his livewell and tournament check-in time looming, Keirsey thought quickly and went to work. He unhooked the trolling-motor battery and used it to crank the big engine. Then both anglers endured a long ride back to weigh-in in 5-foot seas.

The day’s events were still reeling in Keirsey’s mind when he was crowned the co-angler champion.

“Like I said, it was an unbelievable day,” he shuttered again.

Keirsey caught three of his tournament-winning fish on a green-pumpkin Zoom finesse worm. He was throwing the worm on a casting gear spooled with 10-pound-test line and an 1/8-ounce weight.

“We were fishing cypress trees in current,” he said. “I would flip the worm up there and let it drift with the current past the trees.”

He caught his final keeper on a 1/4-ounce War Eagle spinner bait.

This was Keirsey’s fourth FLW Championship qualification in a row. His highest finish in an FLW event before today was ninth place.

“I might invest it in a new Ranger Boat or maybe a Chevy truck,” he said. 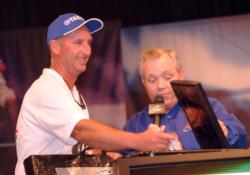 Brett Bell of O Fallon, Mo., ended his rookie season on the FLW Tour with a second-place finish in the FLW Tour Championship. He caught three bass that weighed 5 pounds for his highest finish in an FLW event.

“I was pretty consistent this year but my highest finish was 24th, so this is pretty satisfying,” said Bell, who took home $15,000 for his finish.

Bell caught his bass on a 3/8-ounce Dunn’s finesse jig behind pro Paul Elias of Pachuta, Miss. He pitched the jig to wood and laydowns with a flipping stick spooled with 20-pound-test Berkley Big Game line. The jig was tipped with a black-and-blue Kinami Bug. 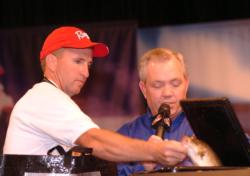 “Wesley is a great guy,” said Clayton, who won $12,500. “He told me exactly what we would be doing and exactly what to expect, and that helps a lot as a co-angler. It gives me some idea of what I need to fish that will be different from him. He told me he was throwing a jig so I threw a finesse worm.”

Clayton caught his bass on a 6-inch green-pumpkin finesse worm rigged on an 1/8-ounce Lake Fork Megaweight. He fished the worm on casting tackle spooled with 10-pound-test line. 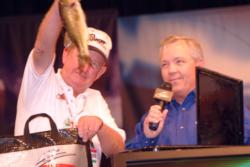 Wilson caught his fish on a green-pumpkin Zoom Trick worm rigged with a 1/16-ounce weight. He fished the worm on a spinning rod spooled with 8-pound-test line.

Wilson won $9,000 for his finish, but he is no stranger to the co-angler payout line. He won the Co-angler Division of the 2000 FLW Tour stop on the Pascagoula River.

Chuck Lawless of Park Hill, Okla., picked up $7,500 for his fifth place finish with 3 bass that weighed 3 pounds, 4 ounces.