Twelve anglers head out for the final day of competition on Lake Hamilton looking for a $500,000 sack of fish 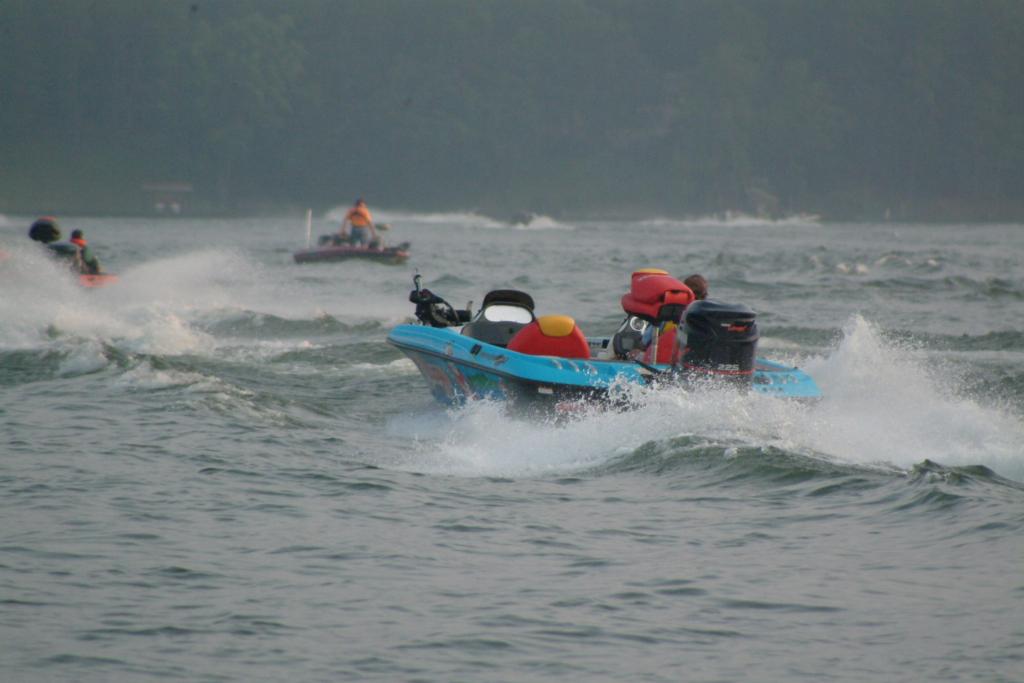 HOT SPRINGS, Ark. – The final 12 anglers in the Forrest L. Wood Championship took off this morning on Lake Hamilton after three days of intense bracket-style competition. Some anglers would probably be in this position whether they’d fished in a bracket or not, while others owe their lofty status to the unique format. No matter how they got here, they are all on equal footing again today, as weights started over at zero and the brackets were eliminated for the final day of competition.

To say a lot is on the line today would be a massive understatement – the 12 pros are competing for a top prize of $500,000, the sport’s largest guaranteed cash award. According to Dean Rojas, the key this week is to get the big bite. The anomaly is that a big bite on Lake Hamilton tops out at 2 or 3 pounds.

“The key is catching a big bite or something above average,” Rojas said. “If you’re going to separate yourself, you need that 3-pound bite.”

Rojas is one of the competitors who has consistently found that big bite this week, bringing in 15 pounds, 7 ounces in the opening round and 8 pounds, 1 ounce yesterday. Only J.T. Kenney caught more pounds of bass on day three than Rojas.

“For me, the area I have has a pretty good chance of replenishing,” Rojas said. “It’s where the fish go to feed. I feel confident in the area I’m fishing, and I’m throwing the right bait.”

Right bait or no, many anglers complained yesterday the fish just weren’t biting anything, prompting one final-round angler – Robert Karbas, who managed to earn a final-round slot despite zeroing yesterday – to say he was glad to know it wasn’t just him.

Some anglers need sunshine, but most have appreciated the cloud cover this week, saying the overcast sky spurs the sluggish bite. For the most part, every day this week has started off cloudy, with a little sunshine later that turns into an afternoon shower.

“It’s been playing in my favor, because it’s been consistent all week,” Rojas said of this week’s weather. “It’s moving and shaking, and I couldn’t ask for anything more.”

Making this week’s final-round list all the more interesting is the number of ties that bind the 12. For instance, Larry Nixon has stayed at George Cochran’s house all week and is, in fact, Cochran’s wife’s third cousin.

“Most people in Arkansas are kin,” Cochran joked.

Kenney and Chad Grigsby are well-known on the tour for being close friends and will compete against one another for the half-million-dollar prize today. Added to that mix is Chip Harrison, who also counts himself among Kenney’s closest friends.

For bass-fishing fans unable to attend the festivities in person, you can catch all the weigh-in action live at FLWOutdoors.com with FLW Live. Show time starts at 5 p.m. Central.