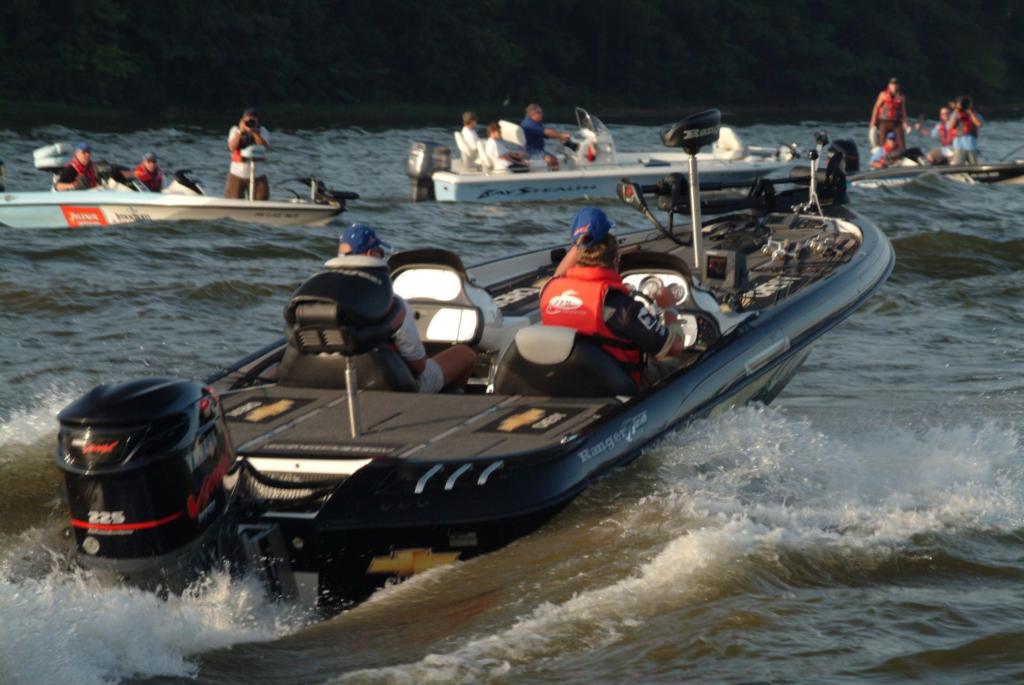 The top 24 pros and co-anglers hit the open waters of Logan Martin Lake shortly after takeoff as a slew of camera boats and bass-fishing fans take in the action. Photo by Gary Mortenson.
August 4, 2006 • Gary Mortenson • Tackle Warehouse Pro Circuit

BIRMINGHAM, Ala. – As the top 24 pros and 24 co-anglers departed Pell City Lakeside Park Marina shortly after 7 a.m. under bright, sunny skies, a number of compelling story lines have finally begun to take shape. For starters, four previous FLW Tour champions are still in the running for a title – Dion Hibdon, who won the title in 2000, as well as the last three title holders, David Dudley, 2003, Luke Clausen, 2004, and last year’s champion, George Cochran. Throw in the fact that no pro angler has ever won more than one FLW Tour Championship title, and it’s clear that the spotlight will grow exponentially on these four gentlemen as the tournament progresses.

A host of other intriguing head-to-head matchups are also featured in today’s competition. In one bracket, Rob Kilby squares off against Cochran in a battle of Hot Springs, Ark., natives. Heavy hitters Shinichi Fukae – 2004 FLW Tour Angler of the Year and owner of seven top-10 finishes on the FLW Tour, including two titles in 2006 alone – takes on Clausen, who is gunning for his second championship title on Logan Martin Lake in three years. Another dramatic matchup pits Dudley, with $1.77 million in career earnings in FLW Outdoors events, against perennial powerhouse Scott Martin, who finished second at the 2004 FLW Tour Championship on Logan Martin Lake and who also happens to be son of fishing legend Roland Martin. 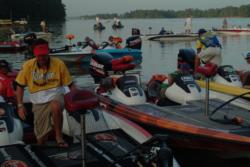 Want more intrigue? Fishing icon and 2002 FLW Tour Angler of the Year Jay Yelas takes on rookie phenom, Thanh Le, who finished second overall in the 2006 FLW Tour Rookie of the Year race. And then there is Clark Wendlandt – two-time FLW Tour Angler of the Year (1997, 2000) and owner of an incredible 19 top-10 finishes on the FLW Tour – quietly mounting a comeback after a dismal 2005 season. In today’s matchup, Wendlandt takes on Toshinari Namiki, one of three Japanese natives – along with Gary Yamamoto and Fukae – still remaining in championship contention.

With conditions eerily similar to the 2004 event on Logan Martin Lake, the strategic direction that the pros are taking also makes for some interesting observations. For the most part, anglers have basically split into two camps, those fishing deep and those fishing shallow. So, who has the edge right now? 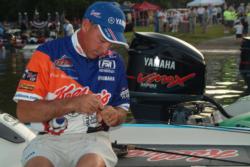 “I think the deep guys have a little bit of an advantage right now because that’s where more of the bigger fish are,” said Wendlandt. “But I still think if you’re a shallow-water fisherman, you’ve got to keep fishing your strengths. Now is not really the time to try something different. And I still think you can catch a big bag either way, no matter how you’re fishing.”

Unlike previous championships, Wendlandt says the weather isn’t weighing heavily on the anglers.

“I think the conditions are not really a factor at all,” he said. “They’ve pretty much been the same every day.”

While weather may not be a factor, the pressure almost certainly is – both on and off the water. On the water, Logan Martin Lake sees its fair share of tournaments over the course of the year, and that has forced many anglers to downsize presentations and go with plenty of finesse baits. Off the water, the pros know that as each day passes, they get closer and closer to winning the Holy Grail of bass fishing and the staggering first-place prize of $500,000. So who will crack under the pressure, and who will be able to persevere through the obstacles and qualify for Saturday’s final 12?

Co-angler to be crowned

Not to be lost in the shuffle is the plight of the top 24 co-anglers, who will be battling it out for the FLW Tour Championship title in today’s competition. Co-anglers, who all had their weights reset to zero before the start of events this morning, will be vying for a first-place prize of $25,000.

FSN is taping its hit program “Best Damn Sports Show Period” at 1:30 p.m. at the Chevy Stage of the Birmingham-Jefferson Convention Center. The taping is free and open to the public.

Can’t make the weigh-in in person … no problem 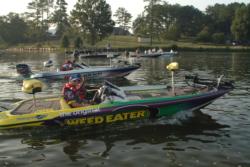 Thanks to some innovative technology, hardcore bass-fishing enthusiasts will be able to get all of the sights and sounds of each day’s weigh-in from the Aug. 2-5 Wal-Mart FLW Tour Championship at Logan Martin Lake. Fans will get up-to-the-second weigh-in results, live streaming video and real-time audio immediately on FLW Live™ – an FLWOutdoors.com feature that brings the live weigh-in format right to your computer screen.

FLW Live is located in a drop-down menu labeled “FLW Live” on the top navigation bar of every FLWOutdoors.com home page. Click on FLW Live, and the start page will appear. Follow the directions to activate FLW Live.