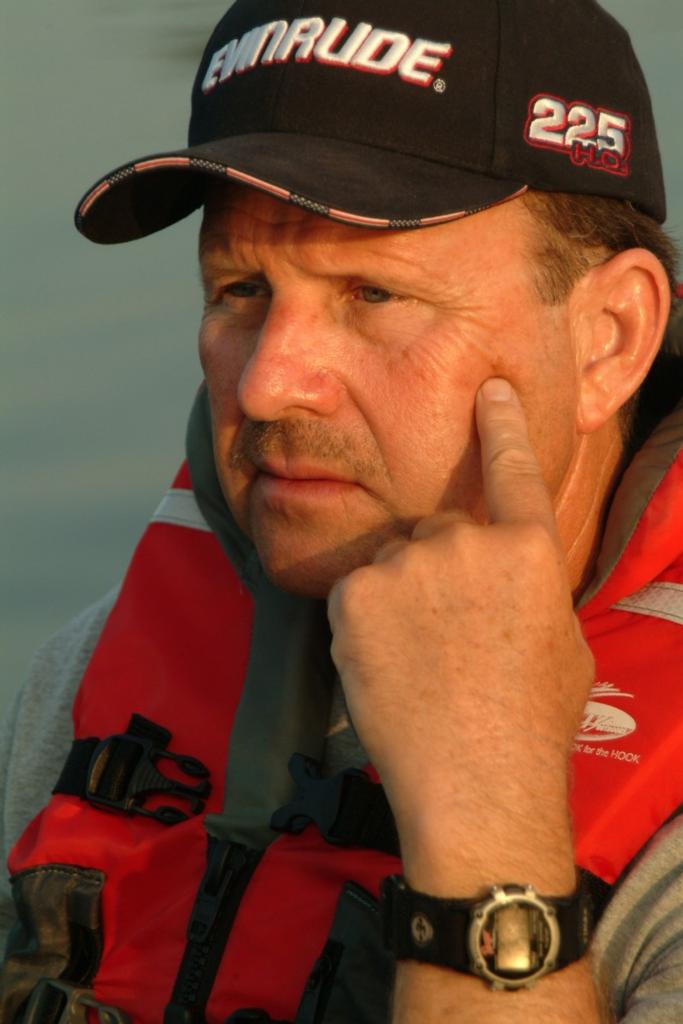 Editor’s note: The following is an on-the-water account of George Cochran’s second day of competition at the 2006 Wal-Mart FLW Tour Championship on Logan Martin Lake as he fished past Larry Nixon with a day-two catch of 11 pounds, 14 ounces. Outdoor writer Rob Newell fished with Cochran that day, as Newell had qualified for the championship as a co-angler.

Given all of bass fishing’s commonly accepted conventions, the one George Cochran of Hot Springs, Ark., likes to challenge best is the one which claims all bass go deep in the heat of summer.

In August 1996, Cochran won the Bassmaster Classic on Lay Lake in Alabama by fishing an extremely shallow bay ignored by other competitors who considered it too hot and too shallow for summer conditions.

Last year at Lake Hamilton, a lake known for its deep brush piles, Cochran won the FLW Tour Championship by fishing topwaters along a shallow a bank in broiling conditions.

And those are just two examples of Cochran’s contrarian ways that have allowed him a handsome living in the sport of professional bass fishing.

In fact, Larry Nixon, Cochran’s good friend and round-one opponent in the

championship bracket, refers to Cochran as a “mud dauber” due to his penchant for fishing shallow mud when the mercury soars into the triple digits.

“That’s just my style,” said Cochran, as his trolling motor slurped up Logan Martin’s muddy bottom during the second day of the 2006 FLW Tour Championship. “I grew up fishing places like this on the Arkansas River in the heat of summer, and it’s still in my blood.”

Indeed, Cochran uses a wayward approach to catch wayward bass during the dog days of summer.

As an example of just how committed Cochran is to shallow-water fishing, consider that he does not have a GPS on his boat, nor does he hardly ever turn his front depth finder on.

“I had a GPS for about two years and never turned the thing on,” he laughed. “And all the front depth finder does is blink at me, so I leave it off.”

Many of Cochran’s primary fishing locations during the FLW Tour Championship on Logan Martin last week were silted-in creeks, expansive shallow bays and “nothing looking” pockets, where surface temperatures hovered just above the 90-degree mark.

During the day, Cochran would occasionally ask me to read out the depth displayed on the rear depth finder. When I replied, “One-point-nine feet,” he’d just smile and say, “Perfect.”

At one point, I noticed a depth-finder reading of 4 feet. When I reported this to him, he responded, “Yeah, I thought we’d try my deep fish for a few minutes.”

Exactly what Cochran targets in these “nothing looking” places is any piece of isolated cover such as a single piece of brush, a single lay-down, a dock, a boat ramp, a small stretch of riprap, a culvert or even a small piece of shady water provided by a canopy of overhanging trees.

Roiling up mud with the outboard for 10 minutes just to fish a single brush top in the back of a supershallow bay is standard operating procedure for his kind of fishing.

“Most people simply aren’t going to come way back here to fish something like this in August,” Cochran said, as he flung a shallow-running, square-bill crankbait to a tiny twig sticking above the water.

I watched with anticipation as his crankbait wobbled over one limb and then another before being enveloped into a rod-bending muddy boil.

“Purr-fect,” Cochran muttered in his soft Southern accent as he fought the fish.

Seconds later, when I scooped up a chunky 2 1/2-pound largemouth in the net, I began to understand the method to his madness.

“This fish has probably been living back here since March or April when it spawned,” he said, putting his third keeper in the livewell.

“Most fish do move out to deeper water in the hotter months,” he continued. “That part is true. But a few stray fish, for whatever reason, will hang around back here in the mud all summer. They’ll just take up residence in a little place like that brush top and make a living on whatever swims by – like my crankbait.”

“Many anglers consider Logan Martin and Lay to be lakes, and they fish them like reservoirs,” he added. “But I see these lakes along the Coosa system as one big river with plenty of flats and shallow bays. And as long as there is decent water color and baitfish back in these places, I just pretend I’m fishing a river system instead of a reservoir.”

Cochran’s primary fishing tools for this kind of water are topwater poppers, buzzbaits, spinnerbaits and a variety of shallow-running crankbaits.

On day two of the championship, he was using a Lucky Craft RC 1.5 crankbait on 15-pound P-line.

“When shallow cranking during the hottest part of the year, I don’t like rattles in my crankbait,” Cochran noted. “This particular crankbait is silent – it has no built-in rattles – so that’s why I’m using it.”

Throughout much of the day, Cochran kept just three rods out on his deck armed with the following: a pair of RC 1.5 crankbaits and a Texas-rigged, straight-tail worm that he occasionally pitched into places he couldn’t access with the crankbaits.

The only difference in the two crankbaits he used is that one sported red Eagle Claw treble hooks. Cochran has always been a big believer in red hooks, especially in dingier water.

During the day we never saw another boat fishing the same areas as Cochran, probably because this type of fishing is hot, gritty work. Unlike the open main lake, which is blessed with a breeze every now and again, Cochran’s dead-end pockets are stifling.

Also, getting hung up a lot is par for the course with his style. Even though Cochran’s casts are accurate, a crankbait’s nature is to find something to which it can cling. Yet, Gentleman George never gets riled each time he has to concede to a snag and retrieve his lure.

“It’s all part of the process,” he explained, as he patiently poked his rod tip into a brush pile to free his lure. “You have to put it in the right place to get the bite, and getting hung up is going to happen.” 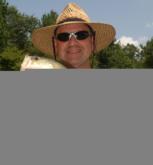 Also, this type of fishing requires constant running and gunning. Picking up the trolling motor, zipping up the life jacket and cranking the big engine for a move is as routine as making a cast.

And sometimes a 20-minute move is made just for the sake of five casts to one piece of cover.

It was one such stop late in the day that produced Cochran’s best fish, a 3-pound largemouth.

And with that, Cochran smiled and said, “Perfect.”