Frigid morning to give way to warmer afternoon 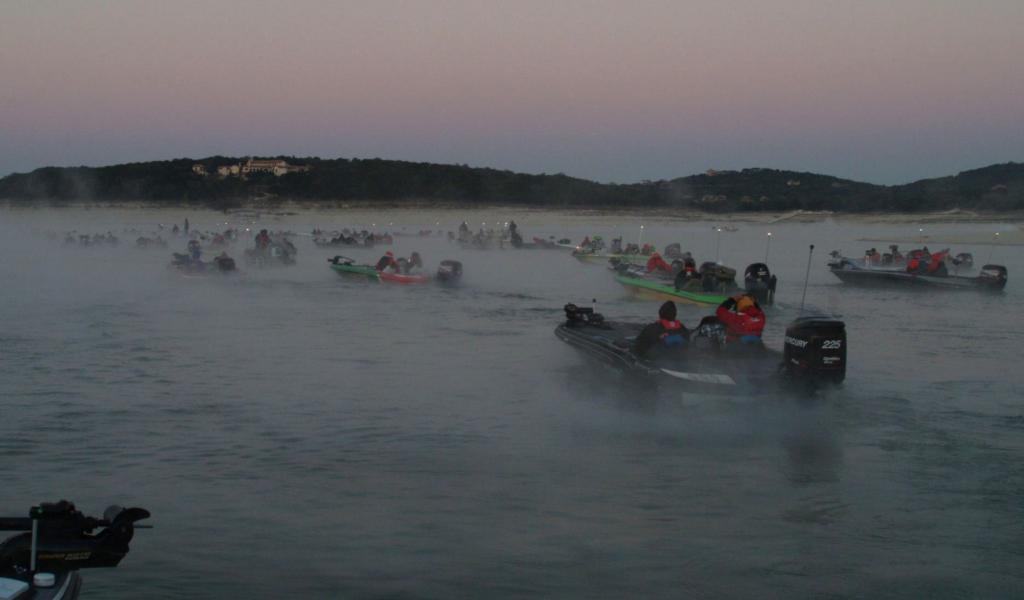 AUSTIN, Texas – Last night was officially the coldest night of the winter in the Austin metropolitan area with the low temperature plummeting to 22 degrees. And while takeoff at day two of the Wal-Mart FLW Tour event on Lake Travis was frigid, warmth is on the way. Forecasts predict high temperatures in the upper 50s, but that might not necessarily be a boon to the anglers.

To prove just how cold the start of day two was, a layer of frost was seen on Clay Dyer’s Ranger this morning. According to Dyer, the warmer weather is welcome, but yet another day of intense fishing pressure will take its toll on the fishery. Simply put, a lot of the same water is getting beat up over and over again.

“I’m guessing they will be a little lethargic this morning, and then the bite should turn on this afternoon as the water temperature reaches the mid-50s,” said the Hamilton, Ala., pro. 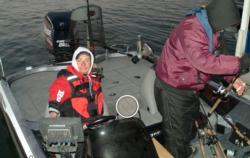 At his first spot, Dyer plans to continue his finesse-jig and Carolina-rig patterns, but as the afternoon gradually warms, he may eventually pull out a crankbait in an attempt to find active fish.

Fujifilm pro Wes Thomas was one of 110 pros who caught a limit on day one. In fact, Thomas caught a limit early with finesse tackle and attempted to upgrade with a big jig. Unfortunately for him, the larger bait didn’t translate into larger fish.

Thomas thinks the warm sunshine might get the deep fish going a little bit. However, he thinks the calm winds forecasted for day two will have an adverse affect on the shallow-water fishermen.

“On these types of lakes, the wind is your friend when you’re fishing shallow.” 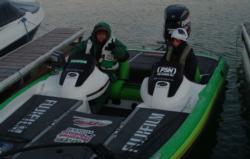 The two-day, opening-round cut will be made following Friday’s action. The full field competes in the opening round for one of 10 slots in Saturday’s competition based on their two-day accumulated weight. Look for the pro cut weight to hover around 20 to 22 pounds and the co-angler cut weight to settle in around 13 to 15 pounds.