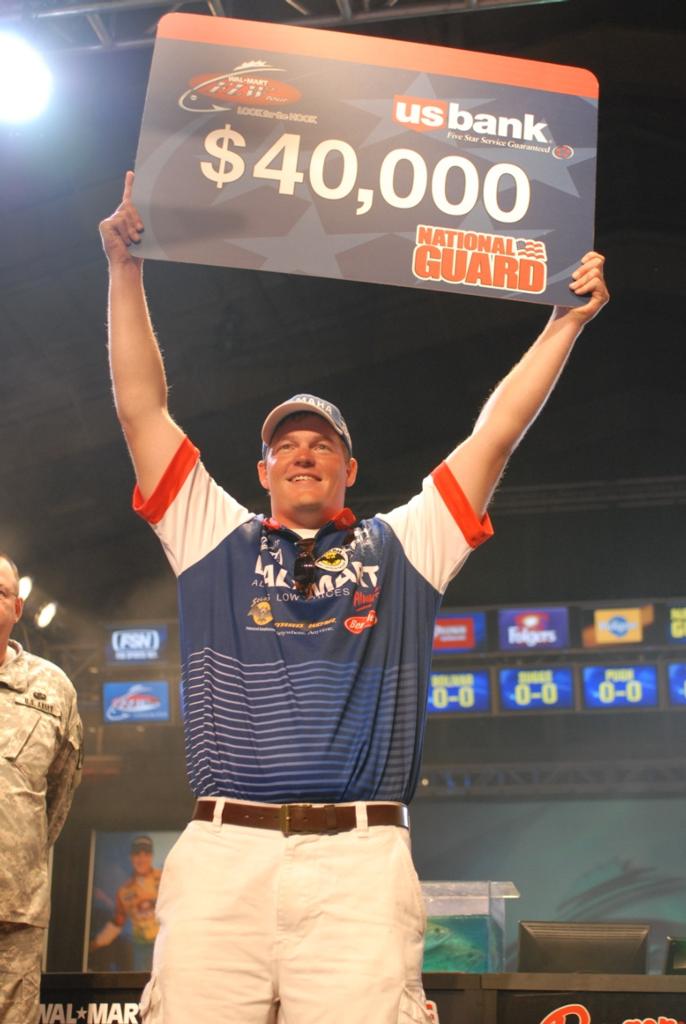 This is Jancasz’s second FLW Tour co-angler win. His first came in 2005 at the Wal-Mart FLW Tour Championship on Lake Hamilton.

For his win, the Wal-Mart co-angler received $30,000 plus another $10,000 in contingency money for being a Ranger owner.

“This feels great,” Jancasz said. “I needed this. I only made one FLW Tour top-10 last year and have really struggled on the second day in these events. I have a great first day and bomb the second day. This time I got it going the second day, and it carried over into today.”

Jancasz fished with tournament leader Hank Cherry today and caught all of his fish on a Bite-Me shaky head with a Berkley Shaky Worm.

“My biggest adjustment came yesterday when I noticed Scott (Suggs, his day-two partner) was using a 1/4-ounce jighead, and he just kept reeling in keepers right and left,” he revealed. “I was using an 1/8-ounce and not getting a bite. I bumped up a little heavier to a 3/16-ounce, and it made all the difference in the world in getting bites – both yesterday and today.

“Also, I have to thank Hank Cherry. He is a super guy. He was focused specifically on certain portions of docks today and left me plenty of water to fish, which was a huge bonus. Between the docks were lots of stumps, and that’s primarily where I caught most of my fish.”

Debbi’s journey to the runner-up position began on day one when he fished a Lake Fork Ring Fry weightless under docks for 10 pounds, 3 ounces.

On day two, he employed a Zip suspending jerkbait around docks for 7 pounds, 3 ounces.

Today Debbi switched to an 1/8-ounce shaky head with a green-pumpkin finesse worm.

Rounding out the top 10 co-anglers in the FLW Tour event on Lake Norman: