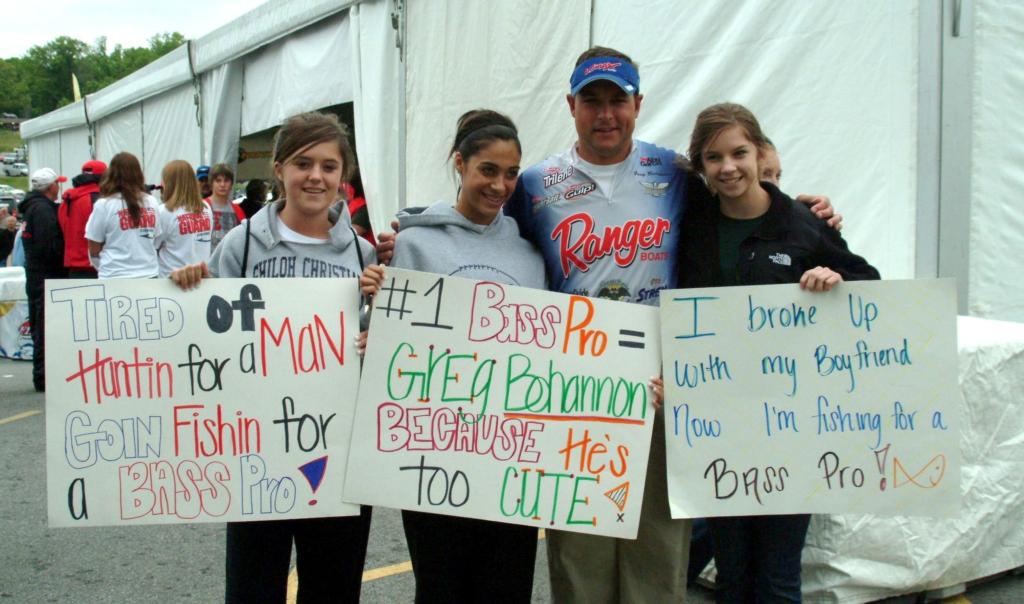 Bohannan feels the love … Rogers, Ark., knows how to take care of their own. When local pro Greg Bohannan came to the scale, the crowd went crazy. When Bohannan weighed in 13 pounds, 12 ounces, the crowd went ballistic. But according to some signage in the tent, the female portion of the crowd may care more about Bohannan’s looks than his angling talents. One of the signs read, “No. 1 bass pro=Greg Bohannan because he’s too cute.”

Brand new Beaver … For the better part of a decade, the FLW Tour has made an annual visit to Arkansas’ Beaver Lake. Typically the tournament has been held in April or May and is dominated by 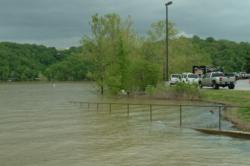 sight-fishing and finesse fishing. These two techniques work well because the Ozark impoundment is known for its crystal-clear waters. But after a cold and extremely wet spring, this isn’t your ordinary Beaver Lake. The water is 8 feet high and 90 percent of the lake has visibility of less than 3 feet. Things were beginning to clear up, but Mother Nature added another downpour this morning. The high water has produced thousands of acres of flooded bass cover, and it didn’t take long for the best anglers in the world to find them. In total, 1,605 pounds of bass were brought to the scale by the 200 pros. That’s a pretty impressive number for a lake that looks like coffee.

What is a spinnerbait? … According to Wikipedia, a spinnerbait refers to any one of a family of fishing lures that get their name from one or more metal blades shaped so as to spin like a propeller when the lure is in motion, creating varying degrees of flash and vibration that mimics small fish. All joking aside, it has been a long time since the spinnerbait had a serious impact on an FLW Tour event. Years ago it was probably the most popular lure in a bass fisherman’s tackle box. But lately it has taken a back seat to Senkos, swimbaits and ChatterBaits. Well, fishing fans, the spinnerbait is back – at least for this week. Pros such as Kyle Mabrey, Greg Pugh and Jeffrey Thomas all used the old-fashioned spinnerbait to catch solid stringers. 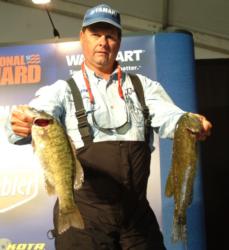 Quillman is still in smallmouth mode. After finishing the Stren tournament in 26th place, the Mineola, Texas, native is currently 41st after catching a limit of brown bass weighing 10 pounds, 11 ounces. “This is the first time I’ve concentrated on smallmouths on Beaver,” said Quillman. “I’m going to make it or break with brownies.” It seems every year that the smallmouth population on Beaver gets stronger. In fact, several local tournaments have been won recently with smallmouths. The problem is that most pros don’t believe they can hold up for four consecutive days.

Cherry loses a monster … Pro Hank Cherry had an awesome opening day on Beaver Lake, but it could have been even better. The Maiden, N.C., angler caught over 40 bass and finished with a total weight of 9 pounds, 8 ounces. But the one he didn’t catch is still haunting him. “I was fishing shallow trees, and I pitched in there and got a bite,” said Cherry. “I had the fish hooked and was pulling as hard as I could, and I lifted a whole mat of trees. When I got closer, it just came off. It was easy 6 or 7 pounds. I’m brokenhearted. I lost the Beaver Lake Loch Ness Monster.” Cherry said he thinks the bass in his area are still spawning. “They’ll slap the bait and run, but they’re really not eating it good. Later in the day, I went back over to where I had the big one and it bit again. I set the hook, but all it bit was the claws on my craw.” 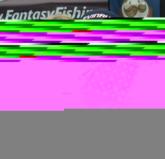 Gold Competitor member of FLW Outdoors, Walker is allowed to skip the mandatory pretournament meeting. Gold membership allows FLW Outdoors members to send a person who is 16 years of age or older to represent them at tournament registration. Normally Walker attends these meetings, but his daughter Lilly said she wanted to take him somewhere really nice for his birthday dinner. Where did Lilly take dad? Chuck E. Cheese’s of course – the pinnacle of fine dining.

6: Weight, in pounds, of the heaviest bass caught today by pro Rob Digh.

6: Number of North Carolina pros in the top 20.

11: Number of minutes it took for Bohannan to secure his five-bass limit.

13: Weight, in ounces, of Pamela Bolton’s lone bass. “I’m proud of that little fish. I caught it with 10 minutes to spare.”

56: Number of pros who caught double-digit stringers on day one.

“I’ve been fishing this lake since I was 15-years-old, and I’ve never seen it this muddy.” – Bohannan.