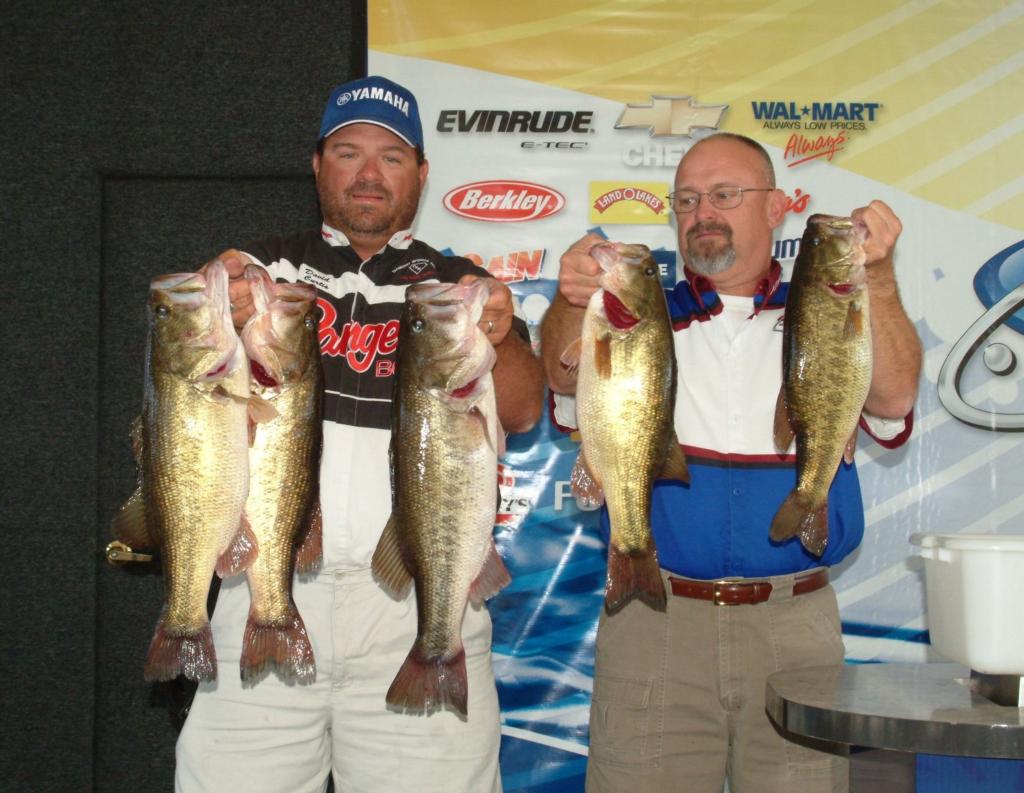 At the state level, David Curtis is known as the King of Texas. With three Texas Tournament Trail victories – two at the TTT Championship, a Stren Series win on Toledo Bend, a Stren Series Texas Division Angler of the Year title and a TTT AOY title, Curtis is one of the heavy hitters in the Lone Star State. Incidentally, he also qualified for the 2008 Forrest Wood Cup by finishing third at the 2007 Stren Series Championship.

While most of the pretournament attention is rightfully placed on Wal-Mart FLW Tour anglers such as Anthony Gagliardi, Clark Wendlandt and David Dudley, the Forrest Wood Cup is unique in that it is an all-encompassing championship. Anglers from The Bass Federation, Wal-Mart Bass Fishing League, Stren Series and Wal-Mart FLW Series will be rubbing elbows against the best from the FLW Tour.

Although he doesn’t compete on the FLW Tour or the FLW Series, Curtis’ talents are on par with sport’s elite. Despite not fishing a single tour-level event in 2007, Curtis earned $137,000. That number doesn’t include local tournaments either, just the FLW Outdoors-administered Stren Series and TTT. And it just so happens that his favorite time to fish is late summer and early fall.

“It’s a true honor and privilege to represent the Texas Division,” Curtis said. “I applaud the format for giving Stren anglers the chance to qualify for the biggest event in bass fishing.” 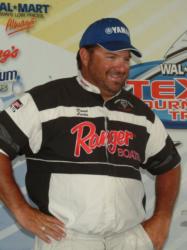 Curtis, the Texas Division representative from the Stren Series, arrived at Lake Murray on July 13, giving him a solid two weeks of practice before the lake officially became off limits to competitors. Although the fishing was tough, the Trinity, Texas, native was upbeat about his chances.

“I’m extremely excited. I’ve been looking forward to this all year. Every tournament I’ve fished this year seems so minimal compared to this. It is absolutely the biggest tournament of my life. The opportunity in front of me is immense.”

When Curtis talks about opportunity, he looks at two things: the obvious $1 million first-place purse and the chance to impress sponsors by defeating the best the sport has to offer.

“To me, the money and the prospect of the doors it could open go hand in hand. I would love to fish the FLW Tour in the future, but I need the proper sponsor backing to do it. I’ve fished it in the past, but in hindsight, I wasn’t ready. Now I know I’m ready.”

Two years ago Curtis fished a full season on the FLW Tour, finishing the year 87th in the points race. His three best tournaments were on Kentucky Lake, Pickwick Lake and Lake Murray – all impounded reservoirs. He finished the Murray event 36th with a two-day total of 10 bass weighing 26-13, good enough for $10,500. 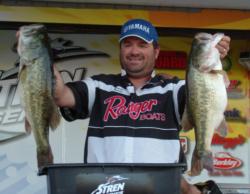 “I like the lake a lot. It’s a big fishery with quality largemouths. There is so much good-looking deep structure. There are just tons and tons of humps and ridges.”

With all that deep structure, Curtis was salivating over the prospects of casting deep-diving crankbaits. He did that extensively during his two-week prepractice, but the results were less than stellar.

“I actually found it much tougher than I expected. I had the liberty to try a lot of different things, but I didn’t discover anything bulletproof. The water is high, and the fishing was inconsistent. There’s a certain way I like to catch them, and I didn’t find that.”

Tough, however, is the general consensus among both the pros and the local recreational anglers.

“I did have some success. I caught three in one area, and one was between 4 and 5 pounds. But I had a real difficult time adding to that. The next couple of days of practice are so critical. I need to spend them wisely. But that’s what’s great about summer and fall. If you find two or three concentrated schools of fish, you are set. You don’t have to cover a bunch of water.”

Structure fishing simply comes natural to Curtis. At last year’s TTT Championship, he came in with a staggering 28-pound, 3-ounce catch on day one. No one else in the field even came near 20 pounds on 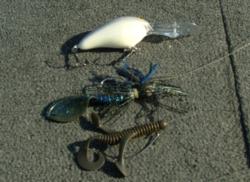 the first day. On day two, he was able to coast to the $75,000 victory. Nearly all his fish came off a shad-colored DD-22 crankbait around points, humps and drops.

In addition to his FLW Outdoors success, Curtis has three top-10 finishes in BASS Open competition. Not surprisingly, all three came between the months of August and October.

“My strength is definitely structure fishing in the summer and fall. I just feel most comfortable in that environment.”

The 2007 Forrest Wood Cup was won by Folgers pro Scott Suggs, a full-time FLW Tour angler. But it wouldn’t be all that surprising to see an outsider claim this year’s Cup. Some names to look for this week as the tournament unfolds:

Derek Remitz: Qualified through the BP Eastern Division of the FLW Series. Fishes full-time on the BASS Elite Series. Won the 2007 Elite Series event on Lake Amistad and 2007 Rookie of the Year. Remitz is a young angler full of confidence who loves to fish deep with a jig.

Jimmy Reese: Qualified through the National Guard Western Division of the FLW Series. Just like his brother Skeet, Reese is a fishing machine. How do three Stren Series wins and two Western Division Angler of the Year titles sound?

Brian Travis: Qualified by winning the TBF National Championship. Also won the 2007 TBF Southern Division tournament on the Alabama River. In 2008, Travis took second at the BFL event on Lake Wylie. Lives only two and a half hours from Lake Murray.

Steve Kennedy: Qualified through the BP Eastern Division of the FLW Series. Fishes full-time on the BASS Elite Series. Won the 2003 and 2006 FLW Tour events on Kentucky Lake. Owned the four-day weight record on Elite Series until this spring.