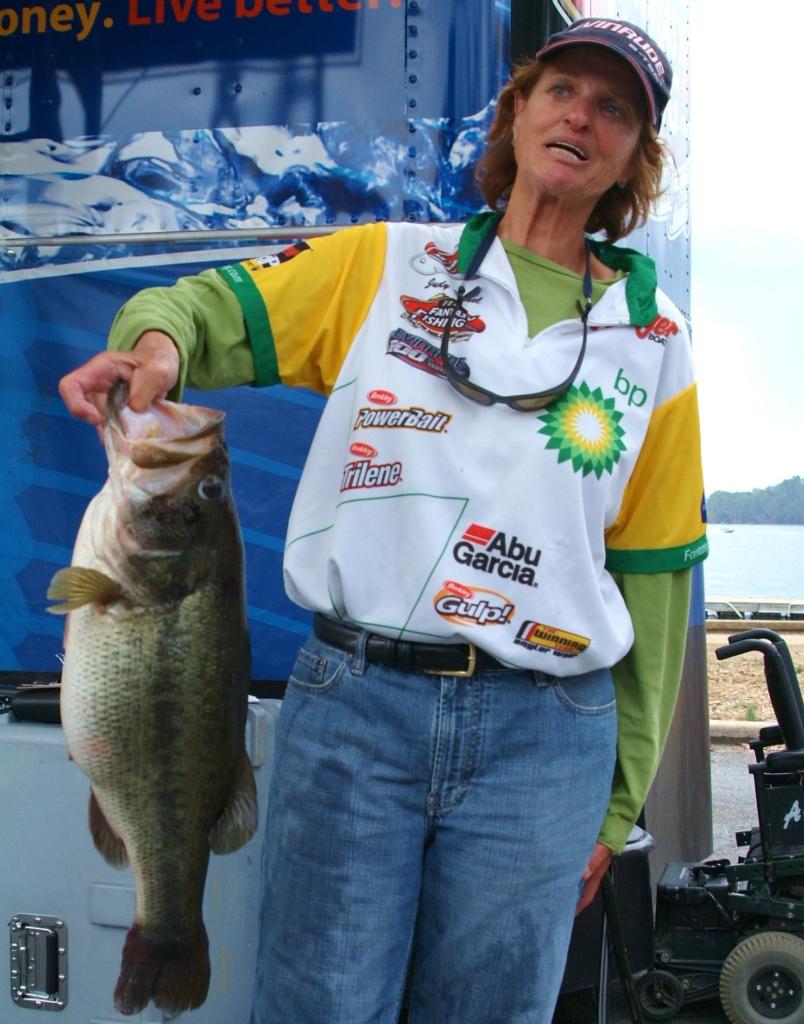 Israel steals the show … No disrespect to Tom Mann Jr., Scott Canterbury or Sam Newby, but the star of the day-two weigh-in was BP co-angler Judy Israel. Israel not only caught the biggest of the bass of the tournament thus far, she also caught the heaviest limit of the day – regardless of division. “That’s my biggest catch ever,” said an exhausted Israel, who could hardly hold up her 9-pound, 6-ounce kicker for photos. “I can’t believe it.” Israel caught her fish on a Berkley Frenzy Rattl’r and tomorrow she will have a chance to win her second FLW Tour title from the back of the boat. 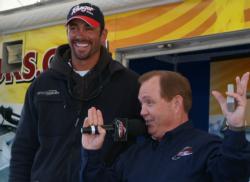 NBA vet turns pro in fishing … After a seven-year NBA career, Jamie Feick has traded in his sneakers for a rod and reel. Feick, who played college ball in the Big Ten at Michigan State University, was drafted in the second round by the Philadelphia 76ers in 1996. After bouncing around the league for several seasons, he found a home with the New Jersey Nets. The 6-8 Feick averaged 9.3 rebounds per game for the Nets during the 1999-2000 season. On January 20 of that season, Feick pulled down a career-high 25 rebounds and scored 12 points against the Detroit Pistons. If the Blanchard, Okla., resident attacks the bass the way he attacked the glass, he will surely have a future in this sport. His first FLW Tour event however, was a learning experience as Feick managed only one keeper in two days.

Walker was too late … After having a flawless opening day where he caught over 29 pounds, David Walker experienced mostly frustration on day two. After a 30-minute run to his primary area, the spot where he caught two 8-pounders Thursday, he immediately noticed a boat with three anglers. Walker recognized them as locals and said they were very respectful. Unfortunately, they had been fishing his exact spot since sunrise. “They have every right to the water as I do, but to see them there made me sick to my stomach,” he said. “We passed each other and one of the guys said to me, `Man, you should’ve been here at daylight – it was just unreal.'” Walker didn’t need the weight today; he cleared the final-round cut in fifth place. But he hopes to be the one to capitalize on tomorrow’s early-morning bite. 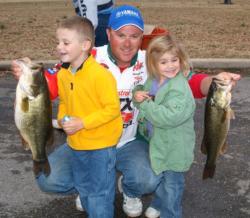 Reciprocal love … By taking a quick look at the Fantasy Trend in Player’s Advantage, it is clear that bass-fishing fans love Castrol pro David Dudley. Dudley received the most picks of any pro (12 percent) and he rewarded them by notching yet another top 10. Rather than feel the added pressure of performing for his fans, Dudley loves how FLW Fantasy Fishing is changing the sport from a spectator’s view. “It is so cool to see that many people have faith in me,” he said. “I really like fishing for the people. And I thrive with the pressure – it motivates me. I just don’t want some crazy fantasy guy to come after me if I don’t do well.” For the record, the fans also appear smarter than the Pundits, at least when it comes to Dudley. Check out the quick numbers below – it clearly shows that the fans know more about Dudley than the so-called experts.

Awesome lakes offer comeback opportunities … The pros are calling the 2009 FLW Tour schedule the best in company history. Just about every lake is loaded with big fish and the timing is right to catch huge stringers. If a pro had a poor opening day in years past, oftentimes he felt hopeless about his chances of climbing back into contention. But on lakes like Guntersville, Table Rock and Champlain, anything can happen. Just ask J.T. Kenney. The BP pro caught only three bass on opening day and was languishing somewhere near 80th place. Today, he sacked 24-3 and launched all the way up the leaderboard to 20th place. “I love that we get to come to awesome lakes like this,” said the Palm Bay, Fla., pro. “When you have a bad first day like I had, you know you can still come back.” 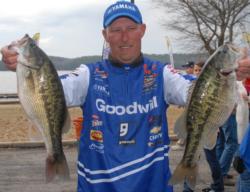 0: Percentage of FLW Fantasy Fishing Pundits who had Dudley on their roster.

12: Percentage of all FLW Fantasy Fishing players who had Dudley on their roster.

35: Percentage of Player’s Advantage members who had Dudley on their roster.

54: Finish out of 157 pros for Greg Pugh, one of the pretournament favorites.

26-8: Weight, in pounds and ounces, of the heaviest stringer today caught by Israel.

“Good thing he has Chevy trucks to talk about because bass he don’t have,” – Charlie Evans, on pro Jim Moynagh, who was endorsing his Tahoe. Moynagh finished with only 18 pounds over two days.

“And I dipped every one of them,” – Co-angler Jimmy Cox, who proudly netted 25 pounds of bass from Newby.

“Unfortunately, these crankbait fish will break your heart. They were there; I had my opportunities,” – National Guard pro Brent Ehrler, who finished 11th and missed the cut by 8 ounces.

“Five minutes left homeboy,” – Dudley on catching his kicker just before the bell.

Tomorrow’s takeoff is scheduled to take place at 7 a.m. Central time from the Lake Guntersville Resort State Park Resort in Guntersville, Ala., located at 1155 Lodge Dr.