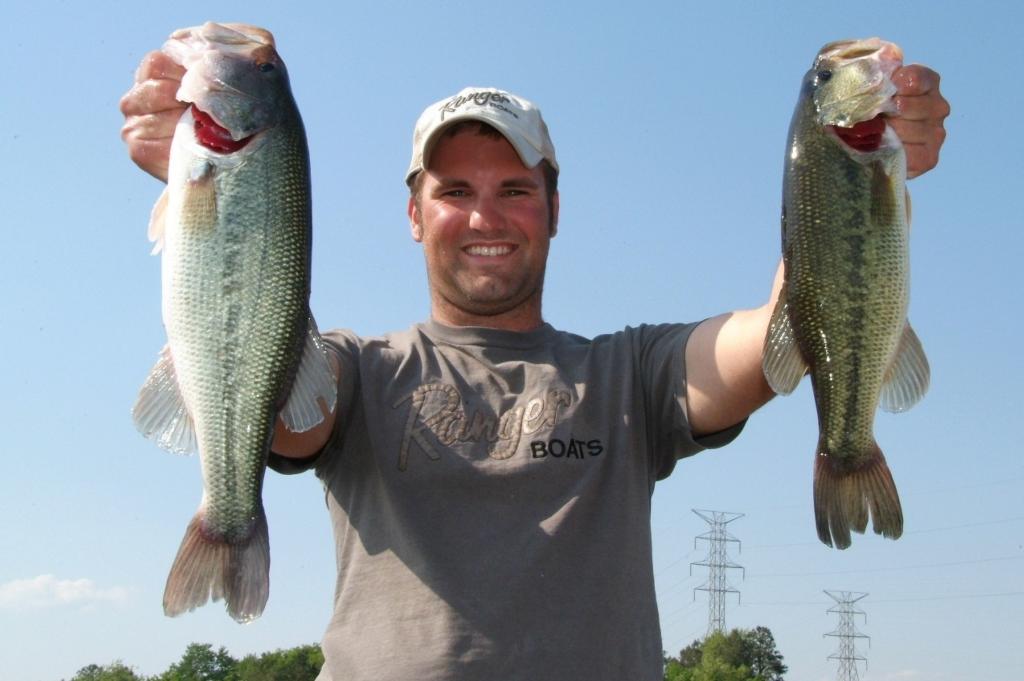 LENOIR CITY, Tenn. – Spencer Shuffield has been so close so many times. Last year at the FLW Tour qualifier on Lake Norman he thought he finally wrapped it up – but walked away ounces short. After losing his sponsorship in the off-season and middling at the first two events of 2010, he had serious thoughts about giving it up. But his dad convinced him to at least finish out the year. He agreed, and it turned out to be one of the better decisions of his young life.

Shuffield’s father is, of course, Ron Shuffield, the accomplished professional bass fisherman from Bismarck, Ark. The two have been traveling and practicing together on the FLW Tour for the past four years. In a recent conversation, Ron spoke to his son about letting go of certain expectations and putting his faith in God. The younger Shuffield took that advice to heart. 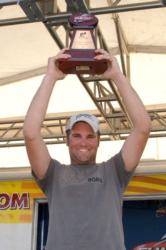 Shuffield started the tournament in 30th place Wednesday with four bass weighing 5-9 while fishing with pro Rusty Salewsk of Alpine, Calif. On Thursday, he jumped to 8th place on the strength of a four-bass catch weighing 7-9 while fishing Ken Wick of Star, Idaho. Ironically, he drew yet another Western pro on day three – Justin Kerr of Simi Valley, Calif.

“I went out this morning knowing I needed to catch them. And everything went right. It was one of those days where it all clicks. I told Justin that this is exactly what everybody talks about. He’d pitch at a stick three or four times without a bite and then I’d pitch in there and catch a 3-pounder. When it’s your time, it’s your time.”

Shuffield caught all largemouths Friday in Fort Loudoun Lake. He culled twice and the five biggest weighed 11 pounds even. In fact, he weighed only one smallmouth bass all week. The lion’s share of his catch came on a 3/16-ounce Spot Remover jig and a 3 3/4-inch Grande Bass Baby Rattlesnake (green pumpkin).

“I can’t say enough about my pro partner. I spotted a 2 1/2-pounder in the back of a creek on bed and Justin let me fish it for over 10 minutes. That bass may have been the difference.”

The 20-year-old co-angler then reflected on his first FLW Tour win.

“Fishing is what I love to do; I don’t know anything else. I’m at home when I’m fishing. To finally win one is unbelievable.”

For a total weight of 24 pounds, 2 ounces, Shuffield earned $20,000. His father finished 13th in the Pro Division and is sitting in excellent shape in the Angler of the Year race with two events remaining. 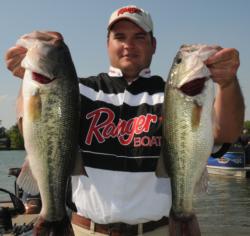 Derrick Snavely of Rogersville, Tenn., nearly pulled off an incredible last-minute victory. With 8 minutes left before check in, Snavely hooked up with a 6-pound Fort Loudoun largemouth.

“I caught that fish on my second-to-last cast,” he said. “After we got it in, we had to hustle to get back on time.”

Snavely’s total day-three catch was four bass weighing 12 pounds, 6 ounces. Three of them came on a shaky head and Zoom Trick worm, the other on a Bomber Long A. Snavely threw these lures around lay-downs, docks and a riprap point.

“I had two keepers that came off today and I struggled big time yesterday. So that’s really what hurt me.”

Snavely finished the tournament with a combined weight of 21 pounds, 15 ounces – earning $9,306.

Kevin Hawk of Ramona, Calif., caught three bass Friday that weighed 4 pounds, 2 ounces while fishing with pro leader (at t the time) Bryan Thrift. Hawk was placed in somewhat of an awkward position since he wanted to win for himself but didn’t want to beat up Thrift’s fish and hinder his chances of claiming back-to-back FLW Tour titles.

As a pro on FLW Series Western Division, Hawk intimately understands this pro-co relationship. In fact, Hawk has already qualified for the 2010 Forrest Wood Cup as a professional after finishing the 2009 FLW Series season in 20th place.

He finished the Knoxville tournament with 21 pounds, 8 ounces and earned $6,973.

Day-two leader Darrell Mitchell of Taneyville, Mo., managed only one keeper Friday weighing 1 pound, 11 ounces and slipped to fourth place. His total weight was 20 pounds, 5 ounces and he earned $4,640. In addition, he claimed an extra $2,500 for being the highest-finishing co-angler participating in the Cabela’s Angler Cash program.

Throughout the tournament, Mitchell alternated between a Yamamoto twin-tail grub and a Paca Chunk for trailers. This is Mitchell’s rookie season on the FLW Tour. He finished 11th at the season opener on Table Rock – his home lake.

Rounding out the top 10 co-anglers at the FLW Tour event on the Fort Loudoun-Tellico lakes: