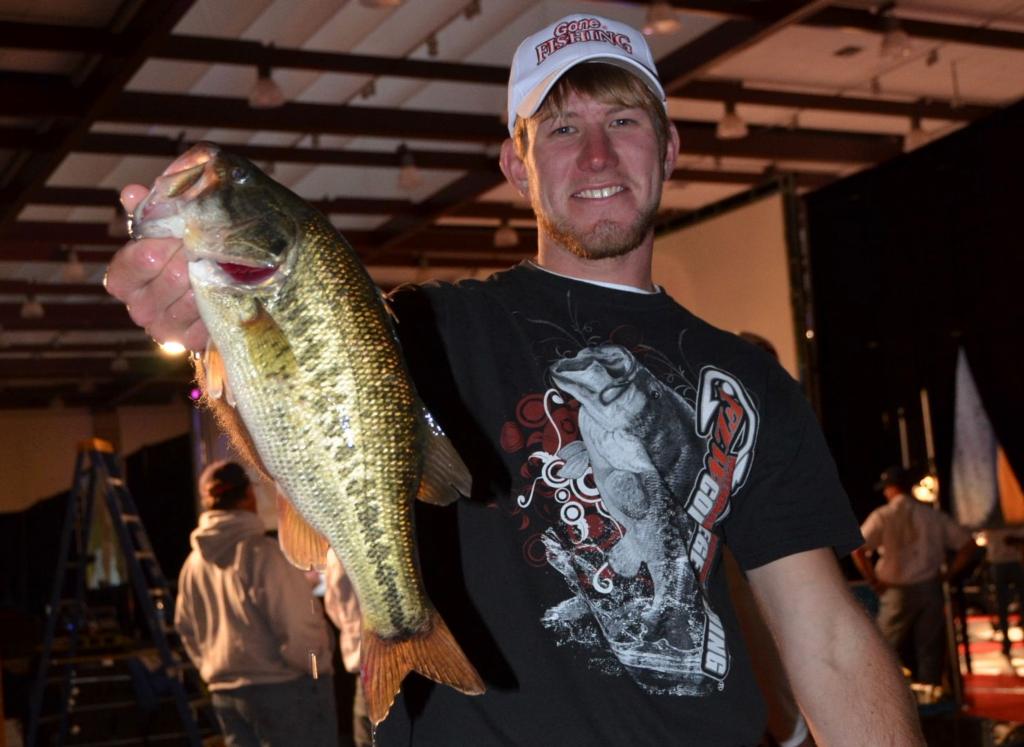 CHATTANOOGA, Tenn. – Keeton Blaylock opened some eyes after he won the 2010 EverStart Series event on Lake Ouachita. When he won the Walmart FLW Tour event last month on Beaver Lake, people made comparisons to his immensely talented older brother Stetson, who also won on Beaver. But after winning the 2011 Walmart FLW Tour qualifier on Lake Chickamauga, it’s clear that the younger Blaylock is blazing his own path.

Blaylock started the tournament with an 18-pound, 8-ounce sack and caught consecutive 11-pound, 8- 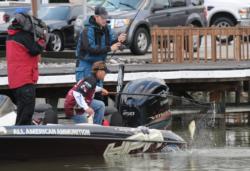 ounce limits Friday and Saturday to finish the tournament with 41 pounds, 8 ounces.

“I was catching 16 or 17 pounds a day in practice on a shaky head,” said the Benton, Ark., resident. “And that gave me tons of confidence. In fact, this was the most confident I’ve ever been going into a tournament. I even told Stetson that I was going to win.”

The first day Blaylock used a 3/16-ounce Bass-X jig with a green pumpkin/blue Zoom Trick Worm. The second day he fished up the river in the dirty water and had to throw moving baits. His three most productive were the Strike King Shadalicious swimbait, a 1/2-ounce Red Eye Shad and a 1/2-ounce spinnerbait. Paired with pro leader Clifford Pirch Saturday, he returned to the clearer water and again threw the shaky head.

“I was fishing that jig real slow – always keeping contact with the bottom,” he explained. “The great thing was that you would catch fish everywhere. You never knew when you were going to get bit.”

The one tactical adjustment Blaylock made was dipping the end of his Trick Worm in a chartreuse dye. 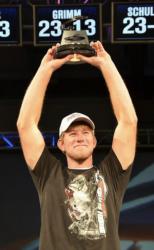 “I knew a whole lot of people weren’t doing that and it really made a difference. It gave me the confidence to throw my bait back to the same places my pros had just been.”

Blaylock earned another $20,000 for the win and his future in professional fishing looks bright. But he insists he will take the success in stride – perhaps slowly ascending to professional status.

“I’m going to fish as a co-angler for a couple more years. There’s just so much more to learn.”

His immediate goal is to win the 2011 Co-angler of the Year award.

“Most definitely Angler of the Year is what I’m after now.” 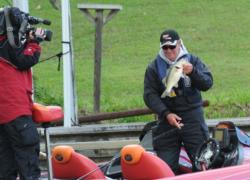 “Keeton is a good angler, he deserved it,” said Lackie, who won the first FLW Tour event he ever entered back in 2003. “But believe me, I wanted it too.”

“Today the water temperature dropped, which scattered the fish. I caught three keepers and three short fish. It was windy, but it was still a good day.”

For finishing second, the “Lack Attack” earned a check worth $7,500. 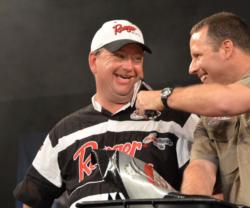 “I used a shaky head, a Brush Hog and the new Berkley Havoc Pit Boss this week,” said Horton, the Nicholasville, Ky., co-angler. “I caught the most the first two days with the Brush Hog on a Carolina rig.”

Horton fished with Robbie Dodson on day three and the two struggled with the wind and rising water.

“We scrambled all day and threw the kitchen sink at them. I caught one flipping the Pit Boss and one on the shaky head.”

Horton finished second to Blaylock at the Beaver Lake tournament. In fact, he’s finished in the top 10 in three of the four FLW Tour events he’s fished.

“That stat is pretty unbelievable to me.”

In fourth place was Patrick Bone of Cleveland, Ga., with 33 pounds, 14 ounces. While fifth- and sixth-place co-anglers Justin Sward and Spencer Shuffield had the identical weight, Bone finished the opening round higher in the standings and thus owned the tiebreaker. Bone’s day-three stringer weighed 12-4 while Sward caught 13-3.

Rounding out the top 10 co-anglers at the FLW Tour event on Lake Chickamauga: