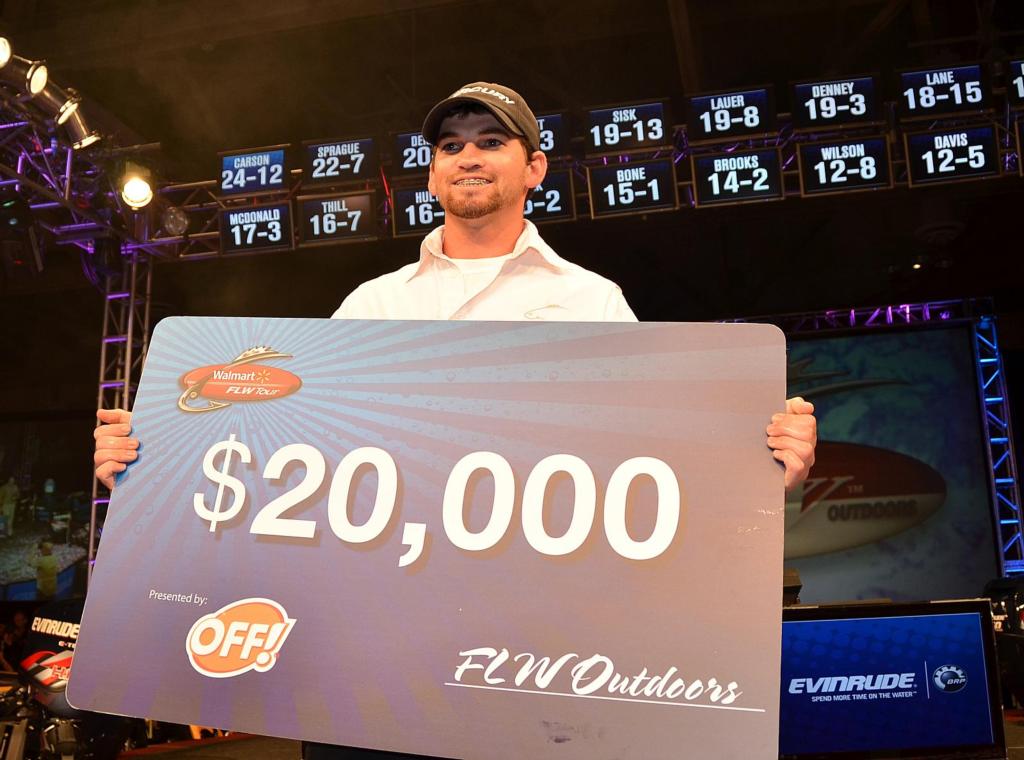 SHREVEPORT/BOSSIER CITY, La. – Maybe there’s something in the water in Debary, Fla., that grants anglers insight into Louisiana’s Red River. More likely, there’s a couple of guys from there who worked hard to excel in this week’s Walmart FLW Tour Major event. Whatever the case, Keith Carson netted a Co-angler Division tournament title Saturday, while his practice partner John Cox continues to dominate the Pro Division.

After taking over the lead midway through today’s weigh-in at the Shreveport Convention Center, Carson – who was in second place coming into the final day – said he was quite nervous. He had just weighed a five-bass limit weighing 7 pounds. But nobody could ultimately best his three-day total of 15 bass for 24 pounds, 12 ounces. 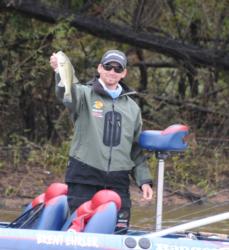 “I’m still shaking, but I feel better,” he said.

Carson has earned four top-10 finishes in FLW Outdoors tournaments, but this is his first year fishing the Tour – and his first win. And make no mistake: His victory was his alone to savor despite practicing with Cox, because co-anglers fish with a different pro each day and have to make their own way from the back of the boat.

“It has helped me a little bit,” he said of his practice time with Cox, “but each day I’ve had to adjust.”

On day one he fished with pro Chris Neau (94th place) in Pool 4, one lock downstream from the launch site, where Carson said he cast crankbaits toward grass.

“I think I caught like 30 fish,” he said of his opening day. 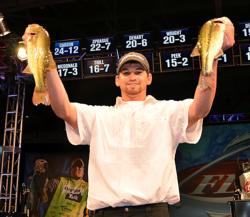 “I was just throwing it to grass, and they were just burning it up,” he said of the furious bites he attracted.

Today he fished with pro Brent Ehrler (currently eighth) and headed back to Pool 4. He said a crankbait was his best friend today as Ehrler would “pull up on a piece of structure and just focus on it and work it hard.”

“He was great and a real gentleman,” Carson said of Ehrler, “but he made me work for it. I had to fan-cast out the other direction … I’d keep casting and casting until I’d find something underwater.”

Once Carson had located his own bit of underwater habitat, he’d continue to throw the crank at it until he coaxed a bite.

Carson earned $20,000 for his Red River win today, more than tripling his prior career earnings with FLW Outdoors from the back of the boat. 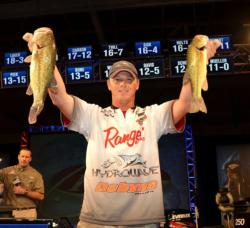 Jeff Sprague of Forney, Texas, weighed the heaviest co-angler sack of the day – a limit weighing 9-5, giving him a three-day total of 14 bass for 22-7 and a runner-up finish worth $6,977. He fished with pro David Dudley (currently in seventh) today.

“Dave is a phenomenal fisherman,” Sprague said, adding that today marked a departure from the flipping technique he had been using the prior two days with pros who had locked down to Pool 4. “Today we stayed in (Pool) 5. Today is one of those days that proves you have to be versatile as a co-angler.”

Sprague caught all of his bass but one on a crankbait Saturday. He now has five top-10 finishes in FLW co-angler competition in the last two seasons: three last year in the EverStart Series, and two this year on Tour. 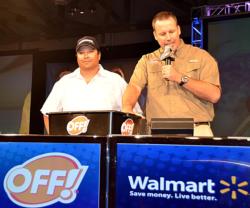 Billy Dehart of Burlingame, Calif., is another FLW success story from the back of the boat, having earned his seventh top-10 finish this week, two of which were wins in the Walmart Bass Fishing League.

Wright, Sisk round out top five 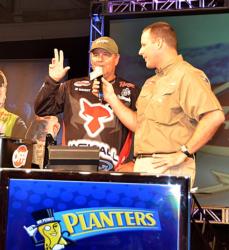 Veteran co-angler JR Wright of Truckee, Calif., added yet another bullet point to his resume today with a fourth-place finish worth $3,710. He weighed three bass today for 4-11 and a three-day total of 12 bass for 20-3.

Wright now has 17 top-10 finishes in FLW competition, including three wins, one of which came earlier this season when the Tour visited Lake Hartwell.

Coming in fifth was Timothy Sisk of Gastonia, N.C., after landing three bass today at 3-9 giving him a total of 11 bass over three days for a total weight of 19 pounds, 3 ounces. He earned $2,777 for the finish.

Rounding out the top 10 co-angler finishers at the Walmart FLW Tour Major on the Red River:

Competition resumes at the Walmart FLW Tour Open at the Potomac River June 2-5.