Head for the ledges 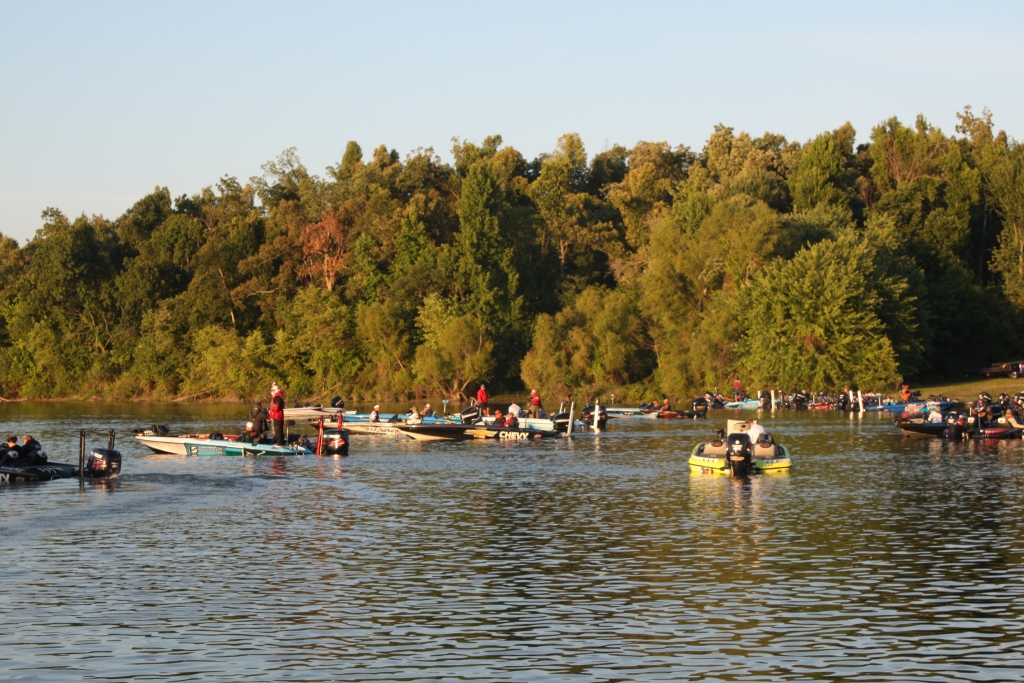 GILBERTSVILLE, Ky. – Sunshine is abundant on day one of Walmart FLW Tour competition on Kentucky Lake, with competitors hoping and praying the fishing outlook is just as bright.

A worrisome lack of rain has forced Kentucky Lake water levels to approximately 2 feet below normal summer pool, but the water is clear enough to afford workable visibility, and Kentucky Lake is always full of bass. The difference will be who will be able to cull the smaller fish for the kickers, and those kickers will in all likelihood be found deep on the ledges.

“We’re going to have a great tournament, as we normally do on Kentucky Lake,” said Chevy pro Jay Yelas, who finished third at this event last year. “This is one of the best fisheries in the country. The weights may be a little down from last year, but not much.”

Last year’s winner Chad Grigsby had a four-day weight of 73-3 to win the tournament, and several pros have speculated that at least one 20-plus-pound stringer will be required to take home the trophy. It won’t come without a challenge, though, even in a fishery as healthy as Kentucky Lake.

“It seems to be a bit tougher this year,” Yelas said. “But you still catch fish all day long. The wind laid down, and that will boost the weights because people can get in the middle and fish the ledges.” 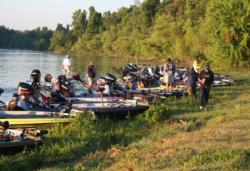 During FLW Tour competition, pros supply the boats, fish from the front deck against other pros and control boat movement. Co-anglers fish from the back deck and compete against other co-anglers. Anglers are permitted to weigh in their best five bass each day. Every angler who receives weight credit in a tournament earns points that determine angler standings. The full field competes on days one and two. After Friday’s day-two weigh-in, both the co-angler and pro fields will be cut to the top 20. On day three, the co-angler champion will be crowned based on the field’s three-day accumulated weight. Also on Saturday, the pro field will be cut down to the top 10 pros. The remaining pro field will then compete during Sunday’s final round of tournament action. The pro winner ultimately will be determined by the heaviest accumulated weight from all four days.

The tournament will feature a full field featuring top awards of up to $125,000 in the Pro Division and up to $25,000 in the Co-angler Division.

FLW Tour competitors will also be vying for valuable standings points in an effort to qualify for the 2012 Forrest Wood Cup, the world championship of bass fishing. This year’s Cup will be in Duluth/Gainesville, Ga., Aug. 9-12 on Lake Lanier and anglers could win as much as $500,000 – the sport’s biggest award. Anglers are also vying for the prestigious 2012 Walmart FLW Tour Angler of the Year title that will be determined by the most points accumulated over the six FLW Tour Majors.

Fans will be treated to the FLW Expo at the CFSB Center on Saturday and Sunday from noon-4 p.m. prior to the final weigh-ins. The Expo includes Ranger boat simulators, the opportunity to interact with professional anglers, enjoy interactive games, activities and giveaways provided by sponsors, and fans can learn more about the sport of fishing and other outdoor activities. All activities are free and open to the public. On Sunday the first 300 children 14 and under who are accompanied by an adult will receive a free rod and reel combo courtesy of WKYQ 93.3. Also on Sunday one lucky fishing fan will win a Can-Am ATV courtesy of The Paducah Sun. The ATV giveaway is free to enter but the winner must be present at the conclusion of Sunday’s final weigh-in to win. 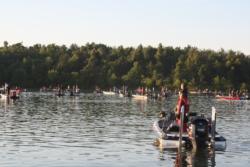 As part of the FLW Tour’s community outreach initiative, FLW will be working in conjunction with the Murray-Calloway County Parks Department to participate in the Hooked on Fishing, Not on Drugs Kid’s Fishing Day, which will feature more than 300 local children aged preschool to 15 years old. FLW anglers will be on hand to fish with the children and participate in the day’s activities. OFF! will be donating cans of insect repellant for all children who participate. The activities will be June 2 from 8-11 a.m. at the Imes Farm located at 4064 U.S. Hwy. 641 N. in Murray.

Coverage of the Kentucky Lake tournament will be broadcast in high-definition (HD) on NBC Sports Network when “FLW” airs Aug. 19 from 1 – 2 p.m. ET. “FLW” is hosted by Jason Harper and is broadcast to more than 559 million households worldwide, making it the most widely distributed weekly outdoors-sports television show in the world.

Want to watch the weigh in live but can’t make it in person? Then tune into FLW Live on FLWOutdoors.com shortly before 2:30 p.m. Central Time to watch live streaming video and audio of today’s opening-round weigh in.

Wind: calm from the north