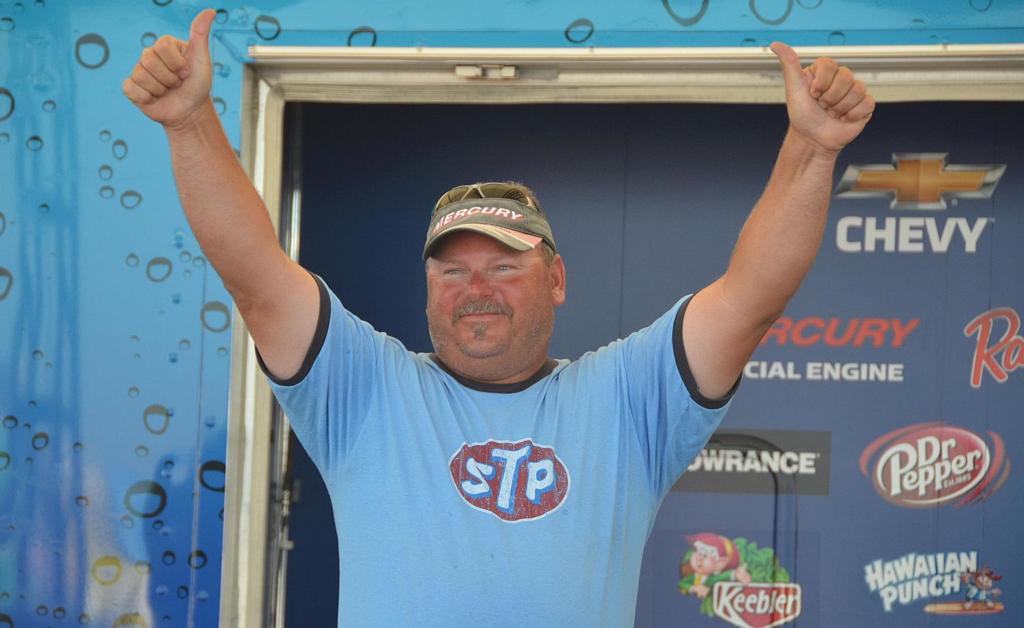 WOODHAVEN, Mich. – As a veteran tournament angler, Dave Hasty has led several times only to let it slip away in the end. He’s lost a tournament because of an expired fish and he’s lost by the slimmest of margins (1 ounce). This week at the Walmart FLW Tour Open, he decided to fish from the back deck for a change. And as it turned out, his luck changed too.

As the operator of Erie’s Edge Guide Service, Hasty is no stranger to Lake St. Clair and Lake Erie. While he spends most of his time guiding on the western basin of Erie, he fished exclusively St. Clair during the tournament – including some portions of the St. Clair River.

On day one he caught a nice 19-pound, 2-ounce limit and was in contention. On day two he made his big move by catching 19 pounds, 8 ounces. With nearly a 2-pound lead he started day three with a strange relaxed feeling. Even as the bite got tough Saturday, Hasty never panicked and instead continued to grind away. With three minutes left in the day, he had a limit, but one of the five was a little squirrel. Right when his pro partner put down his crankbait rod, Hasty felt that mushy feeling of his rod 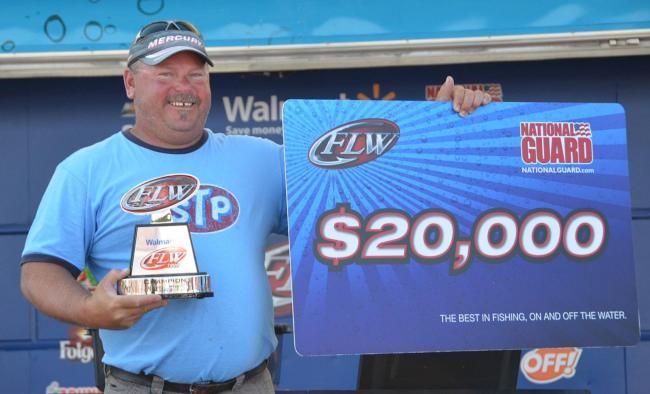 “Once I got a limit and the lake got flat I just started chucking a Rapala DT 14 (Ike’s Custom Ink Penguin),” he said. “I spent three quarters of the day chucking that crankbait and I can hardly lift my arm. That last bite came right when he said we only had three minutes left before it was time to go to the ramp.”

Earlier in the week, Hasty mainly relied on a drop-shot with a Strike King Go-B-Gone and an Xtreme Bass Tackle tube in Canadian mist color. The drop-shot was best for the deeper water and the tube excelled in the mid-depths. The tube also brought his early limit on the final day in water 15 feet deep.

“This is the first one where I’ve gotten over the edge. It feels great, but I’ve really got to thank my pro partners. They are the ones who put in all the work. I just got to relax and have some fun this week.”

“I also want to thank my dad; he’s sitting in the audience. He’s the one that taught me the tricks to catch the big smallmouth and he also taught me to have patience when’s it tough and to keep grinding away. Without him, I wouldn’t be standing here and I wouldn’t have gotten that last bite that made all the difference.” 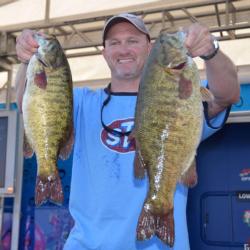 Day-one leader Kenneth Taylor started Saturday in ninth place, but rose to second after catching a 20-pound, 1-ounce bag. Included in that bag was a 6-pound, 13-ounce smallmouth, unofficially the biggest bass of the tournament regardless of division.

“That was the biggest bass I’ve ever caught,” said Taylor. “And the great thing about it was that it was the easiest one to get in.”

Taylor spent the first day fishing shallow in Lake Erie. On day two, he fished both the Detroit River and Lake St. Clair and he returned to Lake Erie Saturday.

“Most of my fish came off drop-shotting a Poor Boy’s Erie Darter (watermelon color). I would use the smaller Darter in shallow water and the bigger one in deep water. I caught the 6-13 on the bigger one in 23 feet.”

Taylor finished the week with a total weight of 54 pounds, 7 ounces. His consolation prize was $6,768.

“I had a dink in my livewell today that I just couldn’t get rid of. I had a few other fish that I got off but I never saw. I can’t complain though.”

“I was drop-shotting and I had a rotation of six or eight baits,” said Shively. “I used an Erie Darter, a wacky rig (on a drop-shot), some Senkos and a Jackall Cross Tail Shad. I even picked up a crankbait today and caught some that way.” 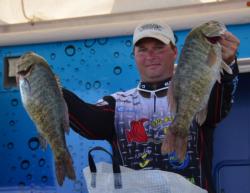 a 6-pound, 7-ounce giant, the biggest bass of Friday’s competition.

Clayton Batts of Macon, Ga., finished in fifth place after catching a 20-pound, 3-ounce limit Saturday. His total weight was 53 pounds, 7 ounces and he earned $2,688.

“On day one I threw a Spro McStick jerkbait in shallow water,” said Batts. “But the last two days I fished deep and I dragged a Big Bite Baits tube and a Shaking Squirrel on a drop-shot.”

Rounding out the top 10 co-anglers at the FLW Tour event on Lake Erie and St. Clair: