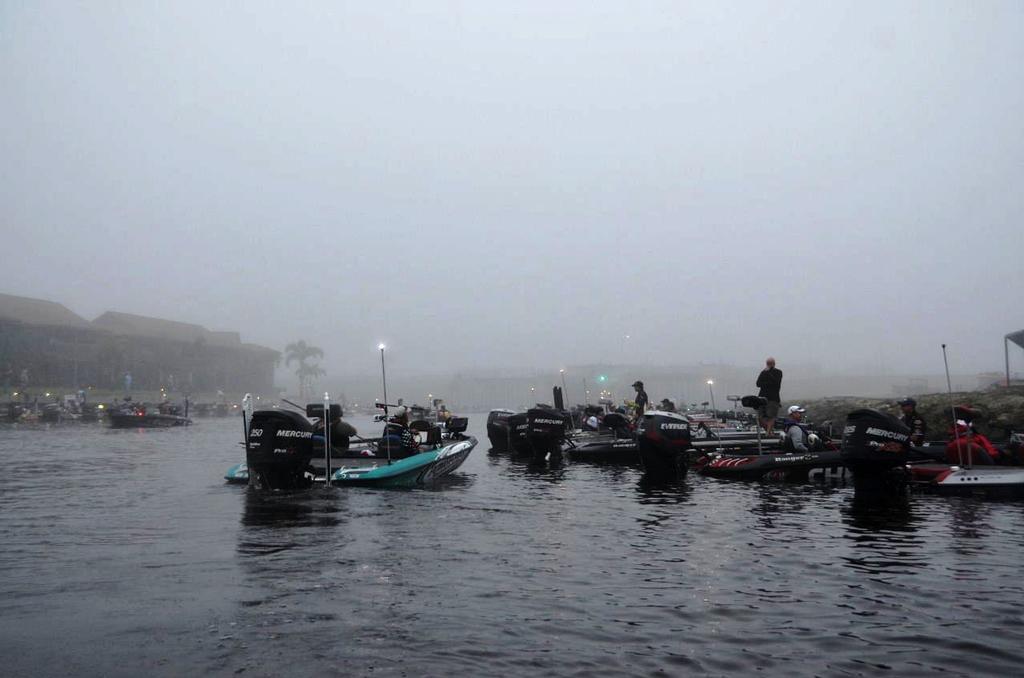 CLEWISTON, Fla. – With the majority of the country enduring below-average temperatures, things on Lake Okeechobee are just starting to heat up. Florida has seen its fair share of cold weather this winter putting the largemouths in a stubborn mood. A sure-fire way for these bass to swing out of their funk is warmer weather. As the 2014 Walmart FLW Tour kicks off on the ‘Big O,’ a recent warming trend could be just what the doctor ordered to see some heavy-hitting weights this week.

The day got started on a slower note than expected when anglers awoke to a hefty fog blanketing the lake. With normal takeoff slated for 7:30 a.m. from Rowland and Mary Ann’s Marina, it wasn’t until 8:45 a.m. that the first boat would ease out of the marina and officially start the season.

Much of the buzz on the docks this morning focused on how many fish will be caught from their bed. While there is no moon phase to move the fish up to spawn this week there is another big factor giving some fish the urge to nest – warm, stable weather. 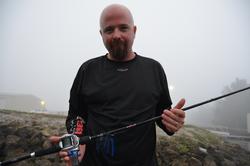 “Fishing is a whole lot better this year than it was at last year’s (FLW Tour) event,” said local stalwart George Kapiton. “We have had a pretty cold winter for Florida and this warm weather actually has some fish moving up. I fished both the BFL events and the Rayovac (FLW Series) tournament on Okeechobee and there is a huge difference in the fishing because of the warming trend.”

Kapiton believes that anglers will be able to catch fish in all three phases of the spawn – prespawn, spawn and postspawn.

“From what I have seen, you can catch fish just about any way you want,” continued the Inverness, Fla., resident. “I have caught some bigger fish by casting baits this week which tells me the fish are moving up. I have even seen some fish that are real white which also tells me those are new to the area. I think the prespawn fish will play a big role. I fished an area on Sunday and caught zero fish. I made one drift back through that area the other day and had 11 bites. That tells you there are fish pulling in.”

Sharing the same feelings as Kapiton was Chevy pro Dion Hibdon who has plenty of experience on the Big O. 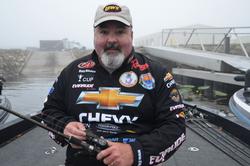 “I think this year you will see people weigh fish from every stage of the spawn,” said Hibdon, who won the Forrest Wood Cup back in 2000. “I have seen some fish on beds but I’m not saying that I want to fish for them. Those spawners are getting so dang tough to deal with because of how much they get bothered and the water clarity isn’t as good, so I plan on sticking with the prespawn and postspawn fish. But don’t get me wrong, I’ll still have a tube tied on up front just in case I stumble across a big girl.”

The water temps have crept into the mid to upper 70s and that has some of the anglers concerned the big fish may not want to commit to spawning – which is similar to what occurred last year.

For those that forgo focusing on bedding bass there is no question that the casting of soft plastic swimbaits and flukes will draw much of the attention this week to put numbers in the boat. 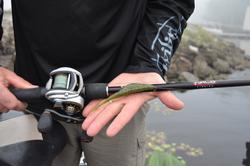 “The casting bite will be a big factor in the top 30 this week,” Kapiton added. “You can catch a lot of fish doing that. It will be those guys that catch their limit casting and then flip for bigger bites that do well. I wouldn’t be surprised to see half dozen bags of fish brought in close to 30 pounds today.

“I don’t normally fish for a $10,000 check but I plan on it this week. You can catch 14 to 16 pounds pretty easy casting around the grass so I think there should be plenty weights around there. Like I said though, it will be about finding those bigger fish with a flipping stick that makes the difference.” 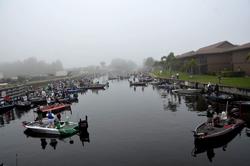 Anglers will take off from Roland & Mary Ann Martin’s Marina & Resort located at 920 E. Del Monte Ave. in Clewiston, Fla., at 7:30 a.m. the first two days of competition. On the last two days takeoff will be at the Clewiston Boat Basin at 7:30 a.m. Thursday and Friday’s weigh-ins will be held at Roland & Mary Ann Martin’s Marina beginning at 3 p.m. Saturday and Sunday’s final weigh-ins will be held at the Walmart located at 1005 W. Sugarland Highway in Clewiston beginning at 4 p.m.

Fans will also be treated to the FLW Outdoors Expo at the Walmart on Saturday and Sunday from noon to 4 p.m. prior to the final weigh-ins. The Expo includes Ranger boat simulators, the opportunity to interact with professional anglers, enjoy interactive games, activities and giveaways provided by sponsors, and fans can learn more about the sport of fishing and other outdoor activities. All activities are free and open to the public. Also on Sunday, country music artist Josh Thompson will perform a free live concert on the Walmart weigh-in stage at 3 p.m. 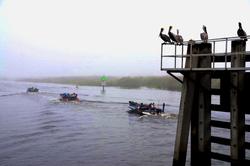 In addition to FLW Live, FLWOutdoors.com is offering real-time updates from the water throughout each day of the Lake Okeechobee event. Simply click on the “On the Water Coverage” banner from either the FLW or FLW Tour home pages.

Day’s outlook: partly cloudy with a chance of thunderstorms this afternoon