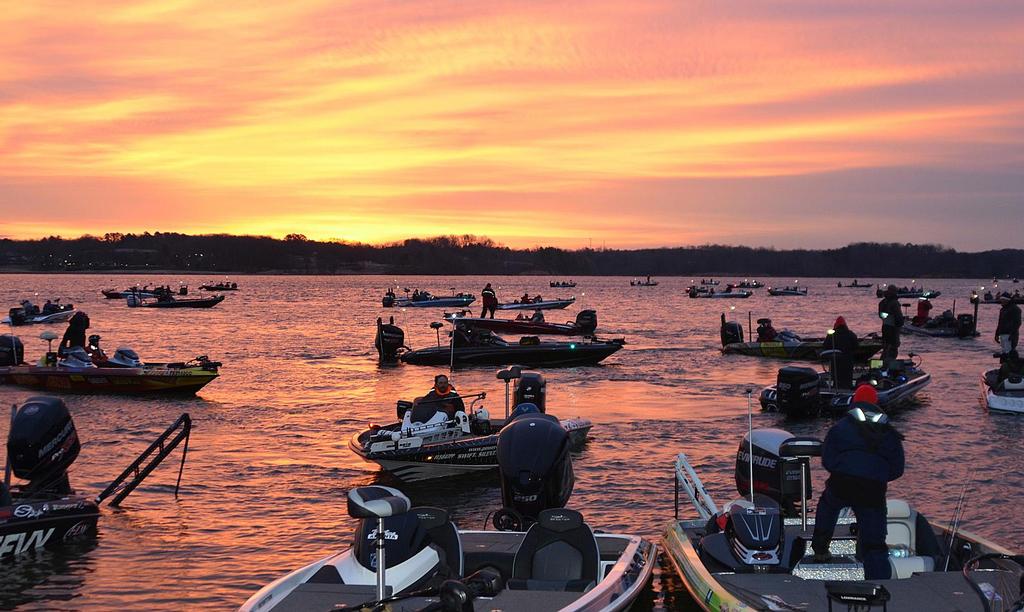 SENECA, S.C. – Give Mother Nature credit for one thing – she is relentless. After finally bringing sunshine and seasonal temperatures to the Carolinas, she delivered yet another whopping cold front Tuesday – this one wicked enough to freeze rod guides in March. The only creatures more confused than the 176 Walmart FLW Tour pros are the Lake Hartwell bass, which were beginning to push towards the bank before slamming on the breaks.

Dressed in flip flops and shorts Sunday, pros were beginning to see water temperatures creep towards 60 degrees. While a full-on spawn was never expected, it appeared more and more bass, particularly largemouths, would be making themselves accessible in the shallow water. But that front dropped the water nearly 10 degrees by Tuesday afternoon. Wednesday’s weather rebounded a bit with air temperatures in the lower 60s, but today’s forecast calls for highs in the mid 40s with a strong northeast wind. 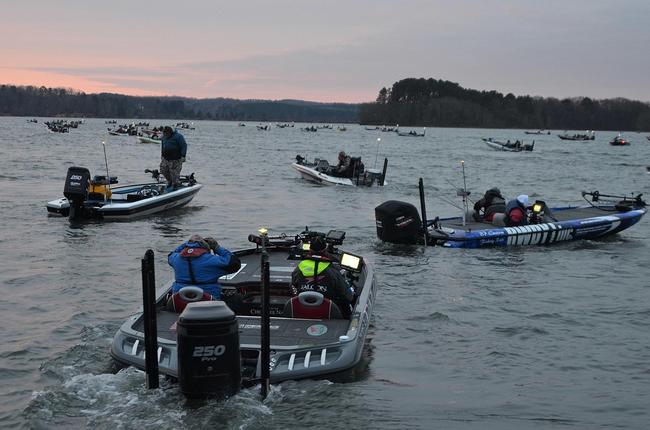 “If yesterday was the first day of tournament I think we would have crushed them,” said Stetson Blaylock, who finished second in the 2013 Angler of the Year race. “Now I think it’s going to be a struggle. This has been a trick.”

Blaylock said it makes logical sense for an angler to fish deep after the latest weather change. However, that too presents a series of challenges.

“They’re saying it’s really going to blow today. It should be a good deep day, but with that wind you can’t feel bites and it’s a constant struggle to stay on your spot. I want to fish some deep spots, but I don’t know if it’s possible; I’m going to play the weather.”

If he is forced to fish shallow, Blaylock believes it could be a struggle.

“I just don’t think there’s that many up right now. The ones that are up get beat up pretty quick. And there aren’t going to be more coming until the weekend when it gets nice again. I think you’ll see tighter than normal weights and 12 1/2 to 13 pounds will put you in better shape than years past. Whoever adjusts the fastest will win this thing and it will probably take both shallow and deep water.”

“In practice, I couldn’t get the largemouths to bite shallow,” said the Strike King pro. “I only caught four keepers the entire time. So I’ve got one deep hole I’m going to start on today.” 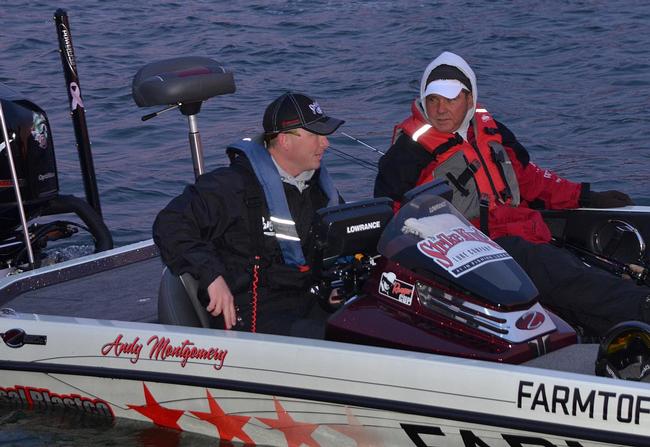 Montgomery said back home on Lake Norman and Lake Wylie, this cold weather turns the bite on, but that’s directly related to baitfish.

“The difference is that Norman and Wylie are shad lakes. This is a herring lake so it’s totally different. These fish really aren’t on the bank very much, except when they’re spawning.”

Unlike Blaylock and Montgomery, Mark Daniels Jr. has never seen Hartwell until this week. The TBF Living the Dream angler likes the lake’s diversity and said he’s been picking up a few fish deep and a few fish shallow. Most of his deep bass are coming from 25 to 40 feet while the skinny-water fish are coming in 4 feet or less.

“I really thought there was going to be a big push shallow,” said Daniels. “Then you have these crazy arctic storms. I mean, I’m from California, but Tuesday was probably the coldest day I’ve ever fished in my life. I think that weather pushes them onto secondary points and back to their winter haunts. Some of the largemouths I caught out deep were white as a ghost; they didn’t look like they were coming up anytime soon.” 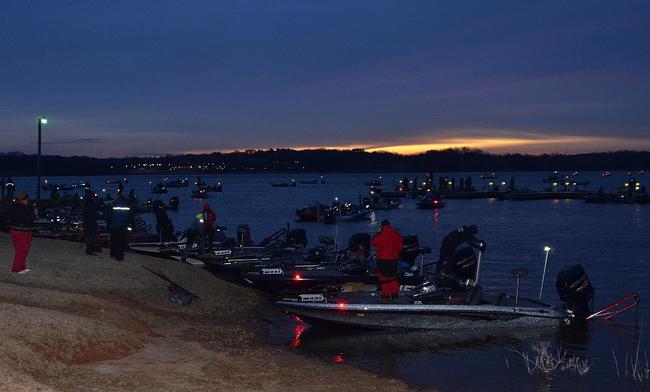 Marina beginning at 3 p.m. Saturday and Sunday’s final weigh-ins will be held at the Walmart located at 1636 Sandifer Blvd. in Seneca beginning at 4 p.m.

Fans will also be treated to the FLW Expo at Walmart on Saturday and Sunday from noon to 4 p.m. prior to the final weigh-ins. The Expo includes Ranger boat simulators, the opportunity to interact with professional anglers, enjoy interactive games, activities and giveaways provided by sponsors, and fans can learn more about the sport of fishing and other outdoor activities. All activities are free and open to the public. Also on Sunday, country music star Chris Janson will perform a free live concert on the Walmart weigh-in stage at 3 p.m.

In FLW Tour competition, pros and co-anglers are randomly paired each day, with pros supplying the boat, controlling boat movement and competing against other pros. Co-anglers fish from the back deck against other co-anglers. The full field competes in the two-day opening round. After day two the field is pared to the top 20 pros and co-anglers. The co-angler competition concludes at Saturday’s weigh-in and the top-10 pros continue competition Sunday, with the winner determined by the heaviest accumulated weight from all four days.

In addition to FLW Live, FLWOutdoors.com is offering real-time updates from the water throughout each day of the Lake Hartwell event. Simply click on the blue “On the Water Coverage” banner from either the FLW or FLW Tour home pages.