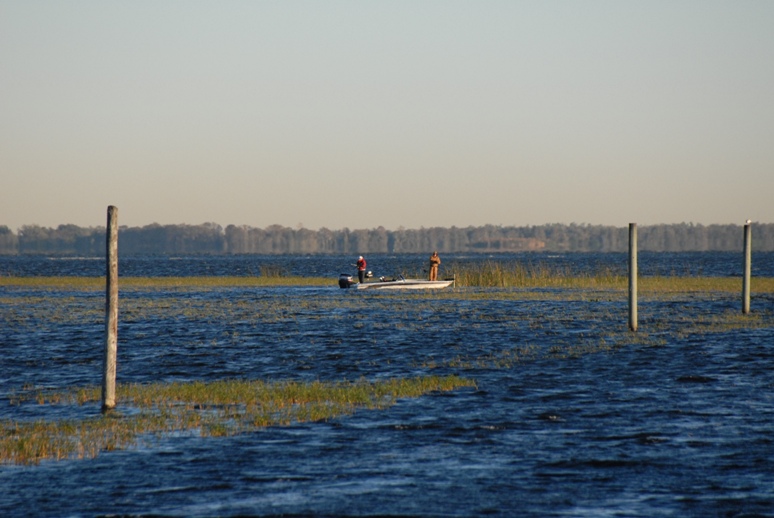 The start of the 2015 Walmart FLW Tour on Lake Toho is less than two weeks away. Official practice starts in just six days (kind of makes you wish you lived in Florida, huh?).

That means it’s time for pros to begin making last-minute preparations. And, as an FLW Tour fan, you also need to prepare yourself for what to expect. Just as a tournament pro readies for action, your preparation should begin with a look back at prior FLW competitions on Lake Toho and what it might portend for the season-opener.

Don’t worry, we made it easy for you. What follows is a synopsis of FLW’s Lake Toho tournaments that have been held at various points between the months of January and April since 2000. There are 15 in all: two Walmart FLW Tour events and 13 Walmart Bass Fishing League derbies.

Those past results should provide some pieces to the puzzle of what to expect when the 2015 Tour opens March 5-8. That’s just the beginning, because later this week we’ll have up-to-date reports and predictions from a cadre of Walmart Bass Fishing League anglers who consider the Kissimmee-Toho system to be their home fishery. Stay tuned for their perspective regarding how this year’s tournament should measure up to Toho events of recent past. 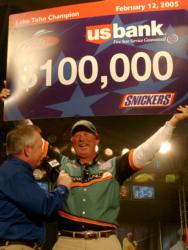 The FLW Tour visited Toho on Feb. 9-12, 2005 for its second tournament of the season. Veteran Georgia pro Tom Mann Jr. won the tournament and its $100,000 payday by a slim 10-ounce margin over Californian Art Berry.

In those days, FLW cleared the weights after two days of competition, and only the top 10 fished the last two days. The winner was determined by the heaviest cumulative weight on days three and four.

JT Kenney opened the tournament with the kind of limits that Florida is known for in the spring. Fishing on Kissimmee, Kenney blasted 40 pounds, 15 ounces in the opening two-day round. His day-one stringer included a 9-pound kicker. Co-angler Rich Lowitzki got in on the big-fish action too with a largemouth weighing 11-3.

Interestingly, a cold front that arrived early on day three nearly shut down the bite entirely. Only two limits were caught, one of which was Bobby Lane’s 10-pound, 14-ounce stringer. Lane was 2-12 ahead of Mann going into day four.

That final day, no one in the top 10 caught more than three keepers. Lane weighed only two fish for 2-5 and left the door open for Mann, whose winning weight over the last two days totaled 16-2. Had the event been a four-day cumulative tournament, as Tour events are now, Mann would’ve weighed 53-7 – a far cry from the pace that Kenney set early on.

Mann ground out the win in tough conditions by slow-fishing with a Yamamoto Senko around an assortment of shallow grass in Kissimmee where bass were staging prior to the spawn. He reported at the time that the water temperature dropped 10 degrees during the frontal passage, and thus, a slow retrieve and thorough coverage were necessary just to get bites.

Lane caught most of his fish on a spinnerbait and worm. Berry’s final-day bag was more of an eye-catcher because of the bait that produced his kicker. He caught one flipping, one on a spinnerbait and a 3 1/2-pounder on a Baby E swimbait, which he referred to at the time as “the first true tournament-ready swimbait.” Today, swimbaits are considered go-to tackle in Florida’s weedy waters and there are at least a dozen options considered specifically to be “grass swimbaits.”

According to pretournament reports, the 2005 event came shortly on the heels of extensive restoration work within the Kissimmee Chain of Lakes. After drawing down the water, workers bulldozed areas of decaying vegetation and began restoring the lake more closely to its original form. Then a series of hurricanes raised the lake level, resulting in higher turbidity than normal. 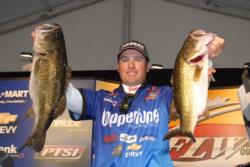 Fishing fans might recall more about the 2008 tournament than 2005’s event, mostly because of how the winner, Brett Hite, proved that his victory was strictly a result of skill and momentum. After stomping the field on Toho Feb. 28-March 2, the Arizona pro traveled back to the West Coast and won the California Delta FLW Series Western Division event a week later. Hite did all his damage in both events with a vibrating jig and Yamamoto Swim Senko trailer.

The 2008 tournament also launched out of Kissimmee Lakefront Park, and Hite ran to Lake Kissimmee the entire tournament. His performance began as one of peaks and valleys. He caught 22 pounds, 6 ounces on day one to take the early lead. Across the board, anglers did surprisingly well in the opening round despite a cold front that wracked the region the night before and knocked the water temperature back by 10 degrees. Three limits of more than 20 pounds were caught, and 65 pros landed five-fish limits.

On day two, Hite slipped to fifth with a measly limit of 6-8. The leader’s struggles stemmed from increased boat traffic and heavier winds that made making precise presentations more challenging, and Hite was also plagued by poor execution that resulted in several lost fish. All four of the pros who jumped ahead of him in the standings did so with slow presentations and plastic worms.

With weights cleared on a much warmer day three, Hite experienced another peak. Actually, he blew away the field with a 25-2 limit. His day-three catch alone was more than any other member of the top 10 caught on days three and four combined. Toss in another limit of 13 and change the final day and Hite won by more than 20 pounds.

Throughout the tournament Hite targeted open lanes in fields of hyacinths, lily pads and hydrilla. He fished his Phenix vibrating jig similarly to the way many anglers fish a Rat-L-Trap for prespawn bass in the grass: every time the lure bumped a piece of cover, Hite ripped it out, triggering reaction strikes.

Slower presentations with soft plastics might have outperformed Hite’s vibrating jig on the second day, but his more aggressive bait was easily dominant the rest of the time.

Several additional one-day Walmart Bass Fishing League events have been held on other parts of the Kissimmee system, but for brevity and simplicity, we compiled the following stats based on events scheduled specifically as Lake Toho tournaments.

All 13 were Gator Division tournaments.

Judging by BFL results and the performance of FLW Tour pros in two previous stops, anglers should be able to expect the winner’s weight to hover around the 20-pounds-per-day mark if conditions remain favorable throughout the tournament. And there’s always the possibility of someone busting a bigger limit.

Of course, this is Florida, and it’s springtime, so there’s bound to be at least one cold front that impacts the outcome. An untimely chill could cut that daily catch rate in half – or by even more.

Mother Nature truly will be in control.

Slow, Fast or In Between

Presentations at the Toho events covered here ranged from slowly soaking Texas- and wacky-rigged worms to winding spinnerbaits, vibrating jigs and swimbaits through the grass.

This time as before, the choice of lure will depend on the timing of spawning bass, whether conditions are warm or cold, and the amount of wind.