Breaking down the Kissimmee Chain of Lakes 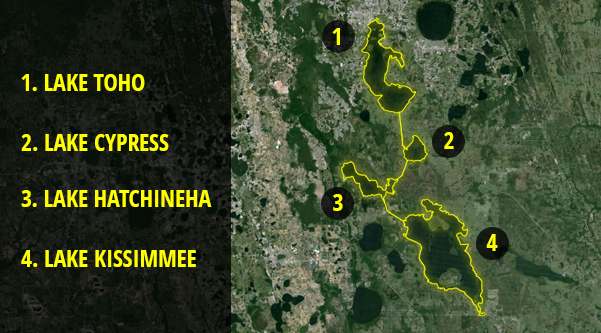 Next week the Walmart FLW Tour will kick off the 2015 season in Florida on historic Lake Toho. Seven years have passed since the Tour last visited Lake Toho, also known as the Kissimmee Chain of Lakes. In terms of a bass fishery, the whole system dances to the beat of its own drum. Here is a closer look at the lakes: 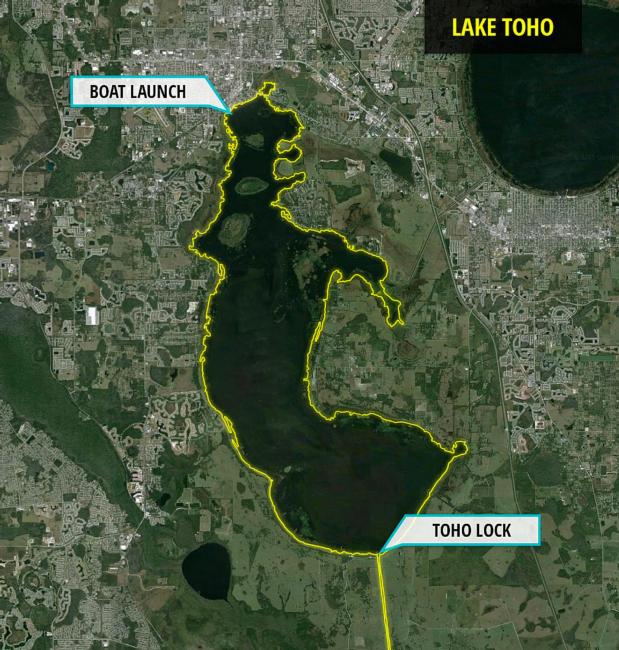 Lake Toho usually refers to a series of lakes that runs down through Central-South Florida and includes, from north to south, Lake Tohopekaliga (Toho), Cypress, Hatchineha and Kissimmee. On a map, all of these lakes look like typical Florida “salad bowls,” essentially round or oblong, natural, shallow lakes filled with vegetation. However, they have something that sets them apart from hundreds of other “salad bowls” in Florida: the Kissimmee River connects them all and it’s this river’s flow that gives Toho its own mojo.

On the surface, the Kissimmee River looks more like a canal than a river. That’s because a lot of it has been “canalized” or straightened out to connect the lakes.

Lake Toho proper covers roughly 20,000 acres and serves as the headwaters of the Kissimmee River. As the water empties from Toho, it’s held up by a small lock and starts flowing south as a river, or better yet, a canal. Four miles downstream, Lake Cypress is encountered. Cypress is the smallest lake of the chain at roughly 5,000 acres. The Kissimmee River gathers up again at the lower end of Cypress and the canal makes a bee line for two miles to Lake Hatchineha, which encompasses about 6,500 acres. From there it’s a straight shot of another four miles to Lake Kissimmee, the biggest of the lakes at about 30,000 acres.

About 37 miles separates the north end of Toho from the south end of Kissimmee, which doesn’t seem too bad of a run until you factor in “The Lock.”

The lock at Toho that is used to access the rest of the chain is infamous for many reasons. For one, during a bass tournament, it becomes one of the most prime pieces of real estate in Florida because, by lock standards, the Toho lock is pretty tiny, holding only about 15 boats per cycle. And it takes about 20 minutes to “turn it around.” Hence, a hot bite on Kissimmee tends to create quite a bottleneck of boats at the little lock.

If there has been a lot of rain in Florida and, consequently, a lot of flow in the Kissimmee River, the lock becomes a hot spot for another reason: big bass feed in the current flow just in front of and below the lock. In any event, “the race to the lock” has been a time-honored tradition in bass tournaments on Toho.

When there is a generous amount of water running through the Kissimmee system, it has a profound impact on the bass, making them much more current-oriented in their feeding, especially in the smaller Cypress and Hatchineha. If there is little or no water flow, the fish go back to being regular old Florida-strain bass that mill around and occasionally ambush prey in the vegetation. The Kissimmee River and its flow are what make the chain such a unique system. 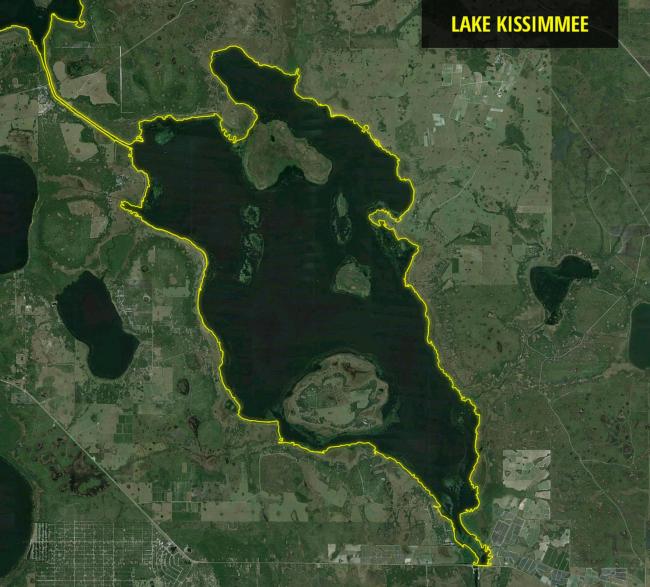 A lot of tournament history has been made at Lake Toho. One of the biggest lessons that derive from that history is that multiple-day tournaments are either won on Toho or Kissimmee and rarely on the little lakes in between: Cypress and Hatchineha. These smaller lakes have fish, but it’s hard to mine three or four days of winning bass out of them. They might be good for a “drive-thru upgrade;” that is, pull for a few minutes to try for a bonus bite, but more often than not, to win a major event requires fishing either Toho or Kissimmee.

Lake Toho is the lake that made Dean Rojas famous on Jan. 17, 2001 when he sight-fished a five-fish limit off the beds that weighed 45 pounds, 2 ounces to set the all-time B.A.S.S. record for a heaviest single-day catch. Basically, his limit included a veritable straight flush of 7-, 8-, 9-, 10- and 11-pounders. Rojas’ hotspot that year was in the north end of Lake Toho.

In 2006, Bridgford pro Luke Clausen won the Bassmaster Classic on the opposite end of the system at the south end of Lake Kissimmee in fabled Jack’s Slough.

Tom Mann Jr., won a Walmart FLW Tour event on Kissimmee in 2005, and Brett Hite took a win in Kissimmee in 2008. Both of those events came in February and were more prespawn tournaments. Mann won with a buzzing frog and Yamamoto Senko, while Hite dominated with a bladed vibrating jig. 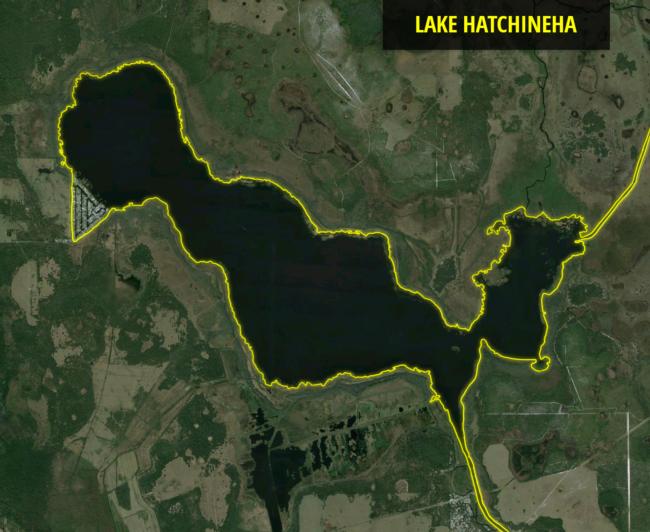 Steve Boyd, owner of Florida Bass Adventures, (orlandobassguide.com) guides on the Kissimmee Chain of lakes and says Toho has been a bit turbid this year due to a lack of hydrilla, some algae blooms and high winds that constantly change directions, keeping the lake stirred up.

“There is some decent visibility in areas, but mostly it’s a dark turbid water color, not that nice clear tannin that we get when there is a lot of hydrilla in the lake,” Boyd says. “The guys will be able to see some shallow beds, but I think most of the bedding will be done in water that’s too hard to see fish on beds.”

Hence, fishing very slowly in bedding areas and making repeated presentations to places where a fish might be bedding will likely be a solid pattern.

Boyd also adds that some bass have already spawned, so a post-spawn pattern is not out of the question, especially if more rain causes the river to get rolling and produce some current.

Even though there has been some scattered spawning throughout the system, as of mid-February there had not necessarily been a huge wave of spawners move in anywhere in particular.

“When the spawn really gets going here there will be big flats that just get covered up with fish, for some two to three hundred yards,” Boyd observes. “It’s due to happen any time now and it might happen during the FLW tournament, especially with it being a full moon. If a guy finds a flat where a bunch of bass are just moving up, he could win it on one spot. But if that does not materialize, then I think a guy is going to have to move around and fish different locations to put a win together. Fish have to be replenishing in an area to make it a winning spot for four days.”

The winning weight in the recent BASS Southern Open was a three-day total of 52 pounds, 7 ounces. Morgenthaler reached that weight with 16-7, 13-13 and 22-3. Having a big 20-plus pound day backed by some high teen-size limits will likely make for a strong showing when the Walmart FLW Tour pays the lake system a visit. 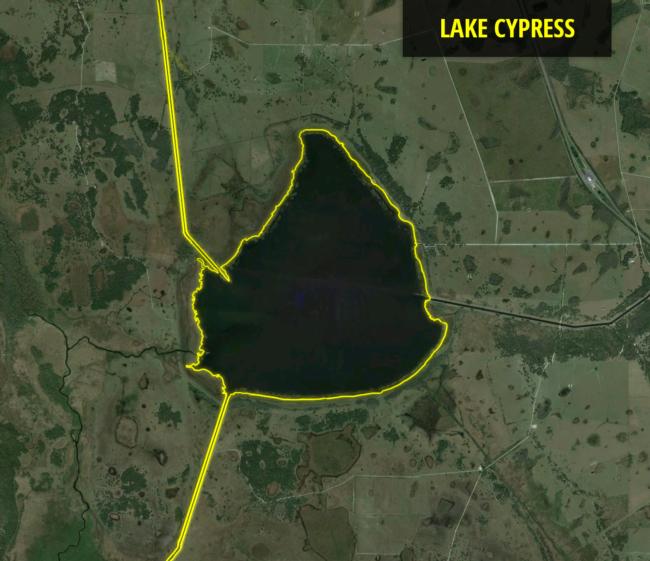