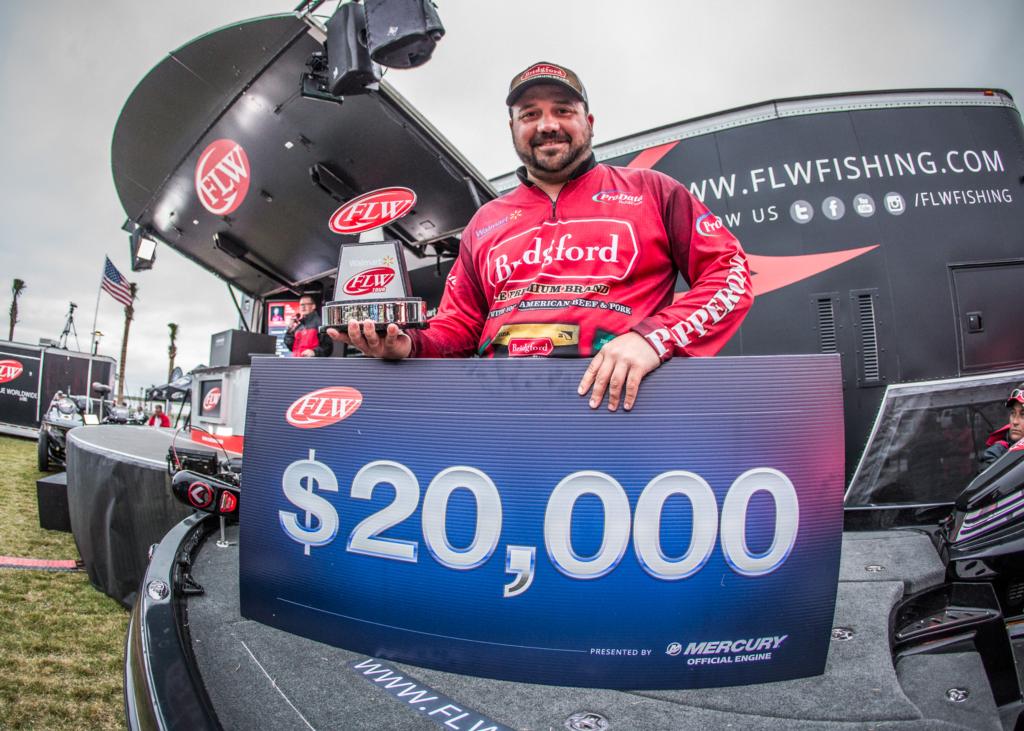 The whole premise behind being a successful co-angler is to fish the spots that the guy in the front of the boat hasn’t already hit. Here on Lake Toho and connected lakes – with their miles of lily pad fields and vast mats of various types of aquatic vegetation – finding such targets of opportunity is never a problem, though some co-anglers are better than others at mining the ones that actually have bass in them.

Chad Randles of Elkhorn, Neb., proved he had what it takes to pry bass out of their Toho cubby holes as he won the co-angler title here in the Walmart FLW Tour season-opener presented by Mercury. Randles weighed in a pair of limits over two days that totaled 29 pounds, 15 ounces. Mark Holman of Cornelius, N.C., was second with 27-11, while John Hunter of Shelbyville, Ky., placed third with 27-7.

“Every fish I weighed in, I caught on a black-and-blue Gambler Fat Ace Texas-rigged with a 4/0 Gamakatsu wide-gap hook and a 1/8-ounce weight,” remembers Randles, who used the same rig last year at the Lake Okeechobee Tour event to finish eighth. “All I did was cast it out, work it about 20 feet, and then reel it in and cast it out again – over and over. I just kept my nose down and stayed focused. I didn’t fish anything that my pro had already fished.” 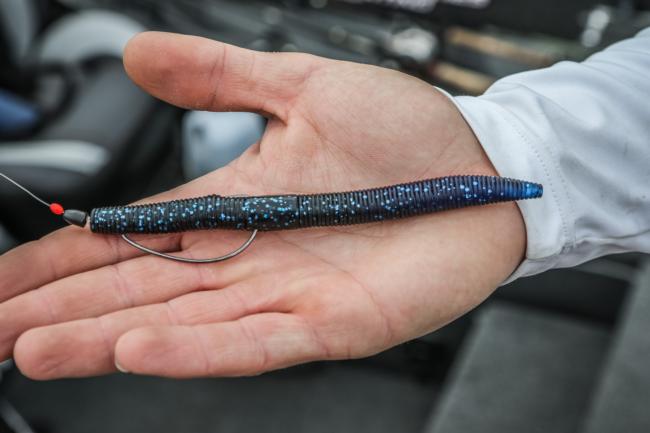 Randles says his key to success was “doing my own thing and not worrying about what the pro was doing.” The Nebraska angler, who cut his fishing teeth while growing up near Joplin, Mo., caught seven keepers the first day and six in the final round. Of course, it helped that the fishing style of his two pro partners complemented his, which involved fishing soft plastics and casting to any likely looking shoreline cover that might have held bass preparing to spawn.

“Every fish I caught was a keeper, and both days I had them by 11 o’clock in the morning,” adds Randles. “My two pros, James Biggs and Stetson Blaylock, were just great, and they kept me around fish the whole time. I really didn’t expect to do as well as I did because I had a lousy practice. I caught five keepers in three days of practice and thought it was going to be a lot tougher than it turned out to be.”

Runner-up Holman was unable to bring in a limit on Thursday, but finished strongly with five bass that totaled 13-9. He was fishing soft plastics both days, including Friday when he was paired with Lionel Botha, who enters Saturday’s semi-final round on the pro side in 11th place. Hunter, who had a limit weighing 18-4 on day one, likewise came up a fish short in the co-angler final round. His nine keepers were caught on a Zoom Magnum Speed Worm or a 5-inch Yamamoto Senko.