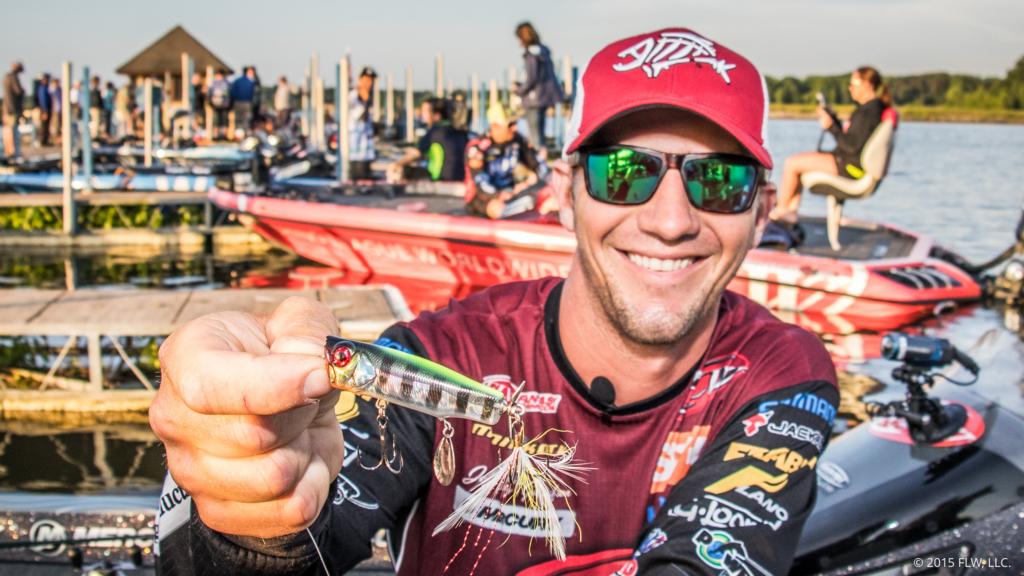 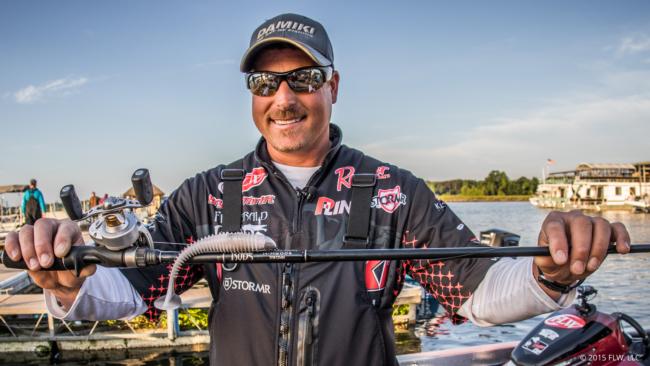 1. Bryan Thrift locked up the win with a swimbait, a hollow-bodied frog and a swimjig. You can read about all his pattern details here. 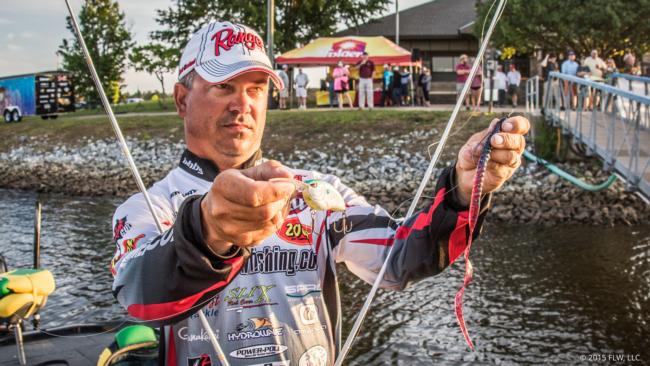 2. Troy Morrow relied on a Texas-rigged plum apple-colored Zoom Magnum Ol’ Monster on a 6/0 Gamakatsu Offset Round Bend with a ½-ounce tungsten weight and a citrus light-colored SPRO Little John DD. Morrow also broke out a worm on a drop-shot rig during the latter half of the tournament when things got tough. 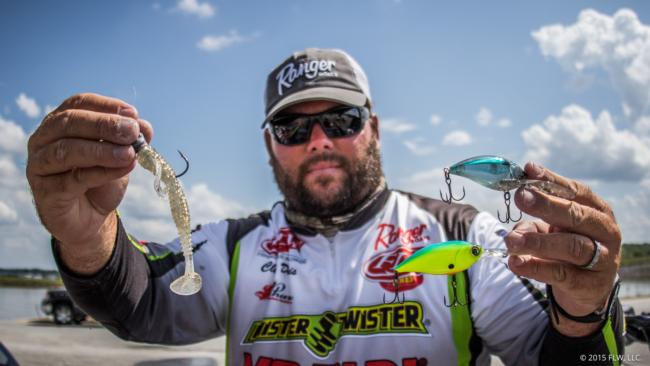 3. Clent Davis threw a Mister Twister Swimsation and a pair of Yo-Zuri Duel crankbaits on the week as well as a prototype swimbait from Nichols. 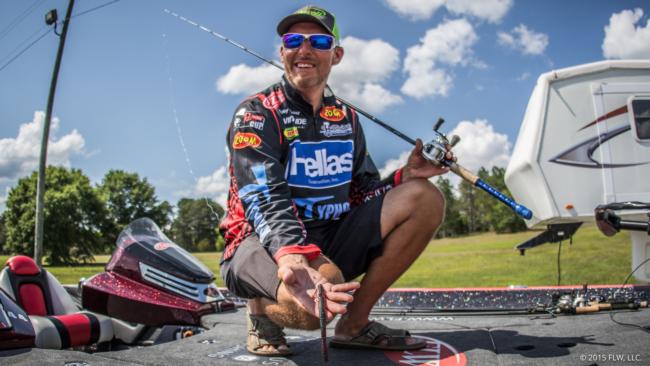 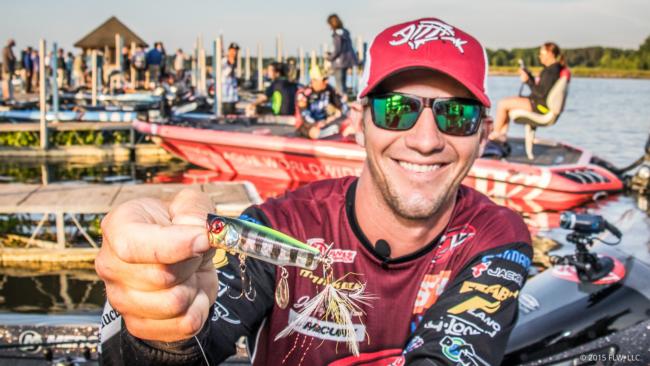 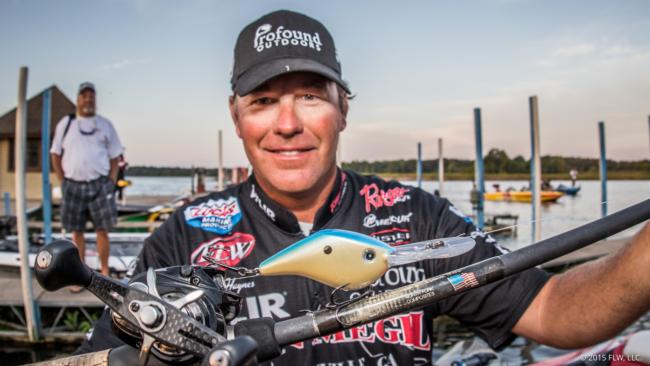 6. Randy Haynes threw a swimbait some, but his bread and butter was a two timer-colored Profound Outdoors Z-Boss 20. 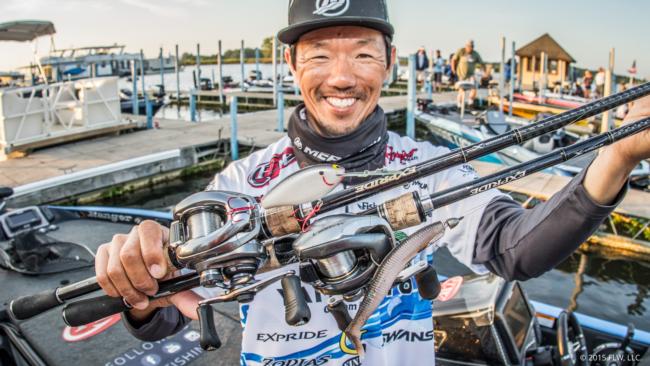 7. Shinichi Fukae caught ‘em with a Yamamoto Heart Tail Shad and a crankbait that was handcrafted for him by a friend. 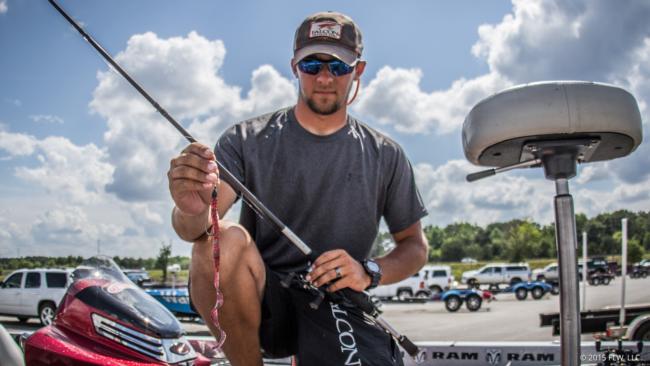 8. Zack Birge – the world’s hottest rookie – used a red bug-colored Zoom Ol’ Monster and a lovebug-colored Missile Baits Tomahawk 8.75 for most of his fish. He threw both on a Texas rig with a ¼-ounce weight. 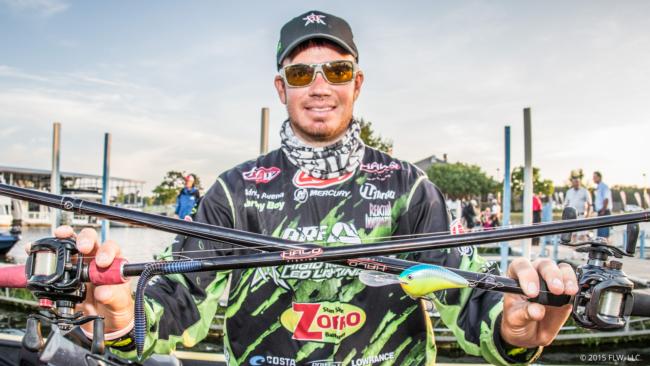 9. Adrian Avena picked up the second FLW Tour top 10 of his career with a hematoma-colored Reaction Innovations Pocket Rocket on a Texas rig and a chartreuse and blue Rapala DT 14. 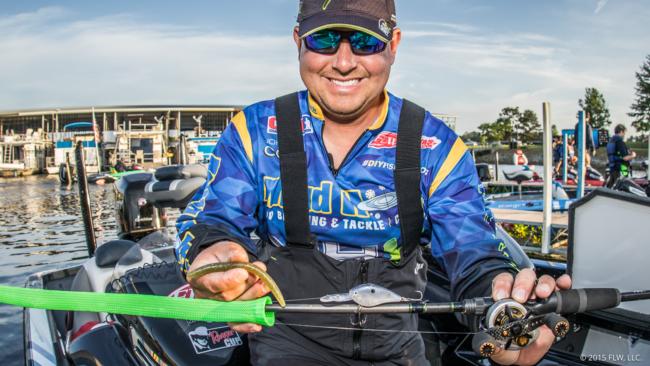 10. John Cox held steady in the AOY race with another top-10 finish – this time around he used a crankbait given to him by a friend, a baby bass-colored Senko and a Strike King Caffeine Shad.