Wendlandt Back at the Top 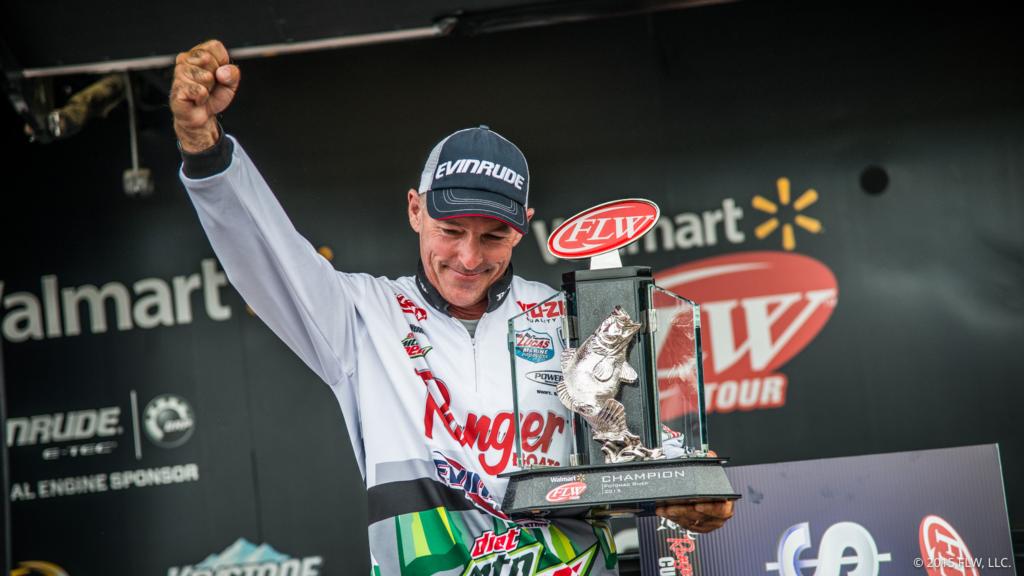 Clark Wendlandt thought he knew two things: 1. He had an area all to himself. 2. It had potential to be special. Turns out he was right on both.

Despite battling nasty weather and his boat breaking down on day three, Wendlandt managed to sack up 60 pounds of bass to win the Walmart FLW Tour event presented by Ranger Boats on the Potomac River. The Leander, Texas, pro beat Andy Morgan by 4 pounds, 4 ounces to earn the fourth FLW Tour victory of his career.

“I had a suspicion my area could be good after my practice,” Wendlandt says. “I’d fished that area before, and in practice I caught a few fish. With a place like this [the Potomac] where the fish are always moving, you just want to know they’re in an area. So I knew they were there, but I didn’t know it would be as good as this.”

Wendlandt’s key area was Potomac Creek, which featured a mixture of docks, grass flats and shallow wood. He rotated between all three types of cover each day in an effort to see where the fish had relocated. His main lures were a 1/2-ounce 4×4 jig and a white Z-Man ChatterBait with a Lake Fork Tackle Live Magic Shad trailer. 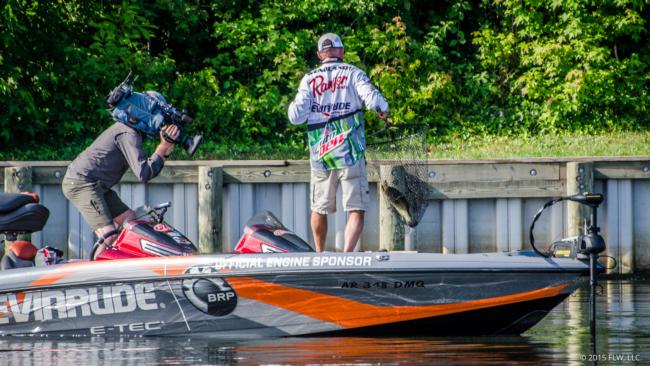 Always on the move, he admits he never got a lot of bites on any given day – he averaged six to 10, while only getting five bites the final day – but they were the right bites, particularly when he was getting bit around the docks.

“I managed my area really well all week,” Wendlandt adds.

As well as he fished, Wendlandt acknowledged that he received a big assist on day three. With Wendlandt facing boat troubles, fellow top 20 angler Shinichi Fukae swapped boats with him – effectively ending his own day – so Wendlandt could continue fishing and retain his hold on the No. 1 spot.

“I don’t know if I’ve ever seen an act of sportsmanship that great ever in this sport,” Wendlandt said at the day-three weigh-in. “Every time I caught one after that I just kept saying, ‘Thank you, Shin.’” 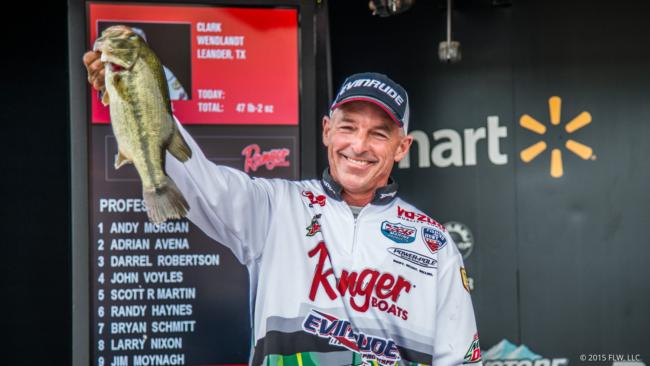 After torrential rains on day three (Saturday), Wendlandt was concerned his area in Potomac Creek might be trashed – a common problem for anglers all week – and sure enough it was muddier than usual when he got there Sunday morning. With only four fish late in the day, he made a move to Mattawoman Creek where he had located a stretch of laydowns. That’s where he caught the key limit filler to seal the deal.

A three-time Angler of the Year, Wendlandt’s win comes little more than a year after suffering a heart attack that caused him to miss the final couple of tournaments of the 2014 season. Yet, standing on stage holding his new trophy, that seemed farther away than ever.

“For a long time now I’ve felt fine,” Wendlandt says. “My rehab went well, and my heart is back to its normal limits. There is some damage, but I still love to fish.” 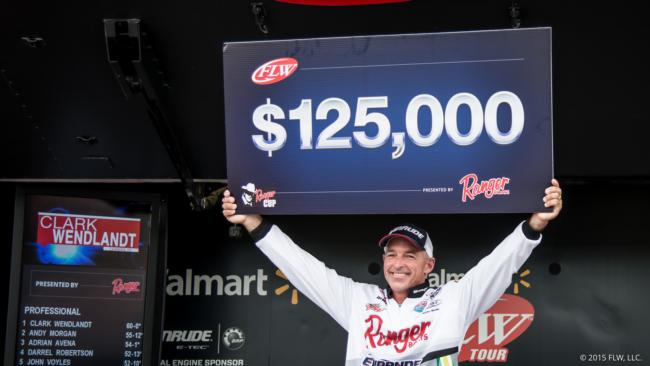