Pickwick produces despite rough weather on day one (updated) 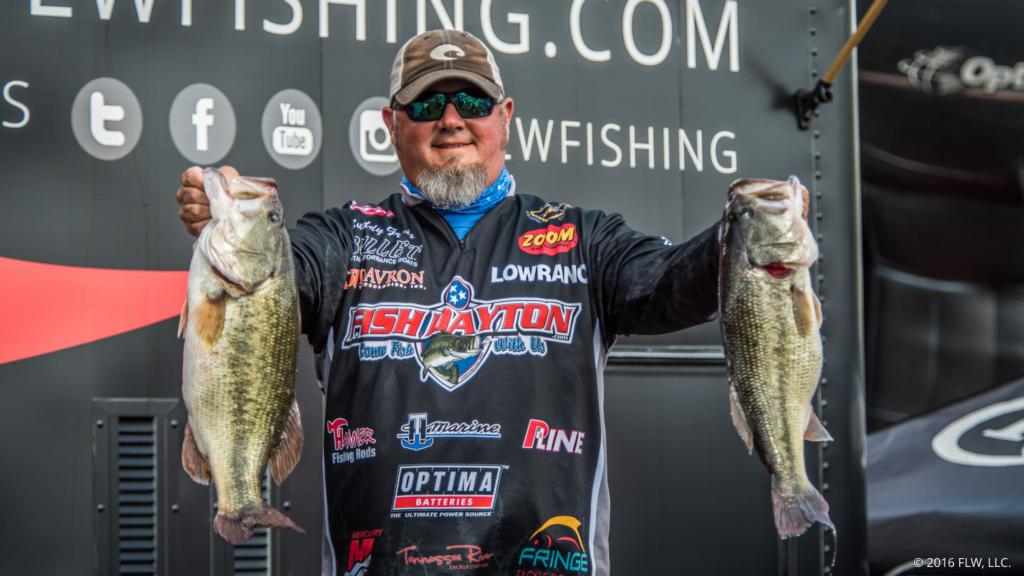 The day one fishing at the Walmart FLW Tour event on Pickwick Lake presented by Quaker State and hosted by Florence/Lauderdale Tourism might best be described as windy, weird and wild.

Windy because a northwest wind of 15 to 20 mph with gusts to 28 mph throttled the field of anglers who were hoping to fish open water areas in the lake’s lower end. The wind blowing against the current stacked up sizeable rollers better suited for the ocean. The weigh-in line buzzed with stories of speared waves, wet clothes and damaged equipment.

Weird because in a very unfortunate turn of events, some 30 pros and co-anglers who locked up into Wilson Lake this morning were basically locked out of the lock in the afternoon due to a barge that had issues when locking through. Most of those anglers were penalized for being late and about 20 of them missed their check in times altogether and ended the day with a zero, despite catching some solid limits.

Wild because when so many uncontrolled variables play into a tournament, it makes things interesting at weigh-in. Despite the messy conditions, five pros still topped the 20-pound mark on the blustery day.

The top weight of day one belonged to Buddy Gross of Ringgold, Ga., who sacked up 25 pounds, 8 ounces with the help of an 8-pound, 4-ounce kicker.

Interestingly, Gross noted that his fish were grass related. He approached his practice by looking for features in grass, similar to the way he would fish on Guntersville or Chickamauga.

“I couldn’t find any fish out (deep) in practice, so I started looking for ditches in the grass, like I would at Guntersville,” Gross says. “One of the places I fished today has grass out to about 8 feet of water. I’d fish up to the edges of the grass and then fish back out to 8 to 15 feet of water.”

Gross said an early-morning shad spawn up in the grass helped bolster his pattern, giving him three good fish early. He was then able to pluck three more from his area before the wind forced him off of the spot.

“I’m concerned that wind is going to muddy my areas up,” Gross adds. “All my fish looked postspawn so I’m also worried they’re headed out for deeper water. They seemed to have moved out a little since practice so I’m hoping I can connect with them again tomorrow. I’ve got other places like the ones I fished today, but the wind is blowing on them too.” 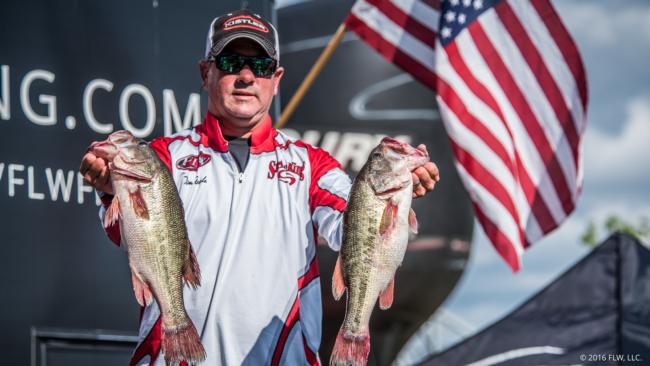 On the co-angler side, Tim Beale of Hernando, Miss., fished behind Jamie Horton and popped four good ones for 15-4 and the lead despite falling shy of a limit. Beale is a verifiable co-angler hammer with lots of experience on the Tennessee River, so he’s in about as good of a position possible headed into day two.